Country: Kenya
Title: Nairobi Half Life (2012)
Mwas loves, lives and dreams movies. He sells bootleg DVDs in his low-rent home town, proving popular with the local thugs due to his talent for reenacting dramatic scenes from the Hollywood blockbusters he peddles. When a travelling theater comes to town Mwas tries to get an acting gig, but is conned into paying an “agent’s fee” and told to show up at a venue in Nairobi. Determined to make a name for himself, Mwas agrees to run a dubious errand for his cousin, a gang leader, to earn the rest of the cash he needs, but he’s robbed blind almost immediately after setting foot in the rough-and-tumble capital and gets mistakenly arrested soon after. In prison, he catches the eye of Oti, who appreciates Mwas’s imperturbable cheerfulness in the face of mopping a filthy bathroom. Oti helps Mwas learn the street-smart survival skills of a low-level criminal, stealing car parts and later orchestrating hijackings. Oti benefits from Mwas’s quick adaptability, intrinsic intelligence and confident people skills, but conflict intrudes when Mwas falls for Oti’s girl, an easy-going prostitute. Meanwhile, Mwas manages to kick start his acting career by landing a small role at Nairobi’s Phoenix Theater, but the pressure of leading a double life wears him down. His befriends his costar, Cedric, a young man from a privileged background who is living a double-life of his own as a closeted homosexual. As opening night approaches, Mwas gets in over his head, accidentally murdering an arms dealer and getting locked in an off-the-grid execution chamber by corrupt cops.

Joseph Wairimu, who plays Mwas, steals the movie, among other things. It’s easy to see how the instantly likable, motor-mouthed Mwas, though inexperienced and overly trusting, can win friends, con dupes and talk his way out of almost anything. One also immediately senses that though clever and enthusiastic, he isn’t cut out for crime. Despite being refreshingly unhindered by scenery-chewing moral reservations, Mwas just isn’t mean enough to climb the crooked ladder very high. This means the tension isn’t driven by the fact that Mwas's actions are wrong, just that they're dangerous. And if Mwas and his pals occasionally seem to drift heedlessly onward in consequence-free bubbles, this strikes me as plausibly part and parcel of youth’s illusion of invincibility, making it all the more harrowing when the bubble finally bursts.

Deftly depicting the complicated network of conflicting and cooperating criminal factions that is Nairobi’s underworld, along with the seedy dens, cramped alleys and guarded territories they inhabit, is one of the film’s other major achievements. While Nairobi Half Life proudly acknowledges its Western influences, tipping its hat to the likes of Tarantino and Scorsese, it also knows how to repurpose genre clichés newly infused with its own East African flavor. It wisely cleaves closer to the desperate realities of Nairobi’s ghettos than the glamorous gangster-chic of popular American films, implicitly critiquing not just the ubiquity of juvenile crime, but overcrowded under-maintained prisons, endemic police corruption and rocketing social and financial inequality. Though the film is generally quite good at showing rather than telling, Mwas’s play-within-the-movie gives the director a chance to state his socio-political stance clearly (perhaps a little too clearly), ending on a note of quasi-quaint but charming sincerity. 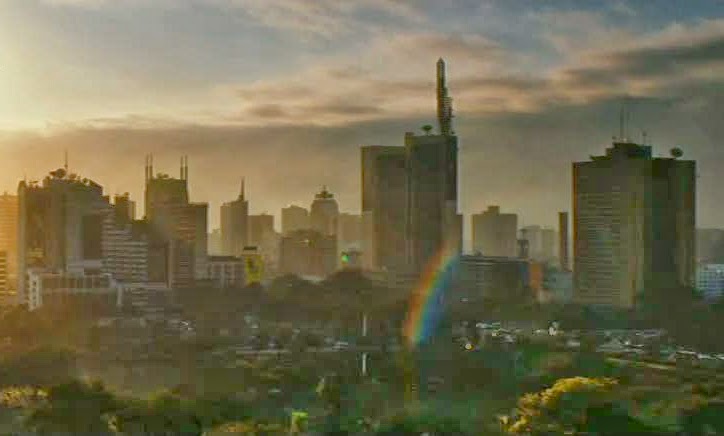