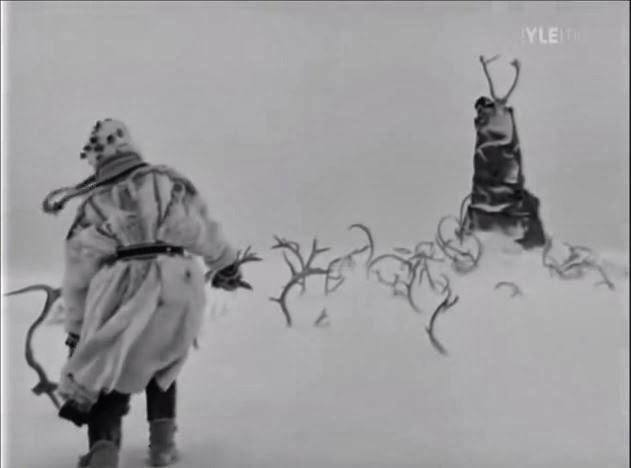 Country: Finland
Title: The White Reindeer / Valkoinen Peura (1952)
The White Reindeer opens with a pregnant woman, a witch or so the narrator tells us, fleeing across an inhospitable snowscape pursued by wolves. She gives birth and dies, not a very auspicious start for Pirita, our cursed anti-hero. She grows into a beautiful young woman and catches the eye of handsome Aslak during a sledding race. The two are soon married but Aslak, a reindeer shepherd, is frequently away from home leaving Pirita at the mercy of loneliness, boredom and depression.

Seeking greater romantic fulfillment, Pirita visits an alcoholic shaman who encourages her to sacrifice the first living thing she sees on her way home to a pagan god. The first living thing she sees, unfortunately, is her husband and their pet albino reindeer doe. She slaughters the doe, becoming irresistible to men as part of the bargain, but the cost is high: she turns into a shape-shifting reindeer vampire and gradually succumbs to her unnatural hunger. 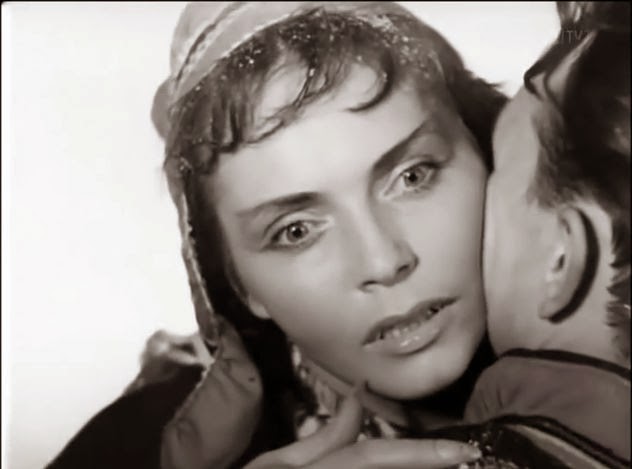 Few places lend themselves to black and white cinematography like Lapland and its unbroken canvas of snowy hillsides. The landscape alone is enough to hold one’s attention, but the primary interest of The White Reindeer is two-fold: it works as both an ethnographic slice-of-life into a rural Finnish past (where skiing and reindeer are the primary modes of transportation and, I would hazard, you’ve never seen so many reindeer!)  and as an old-fashion though oddly effective horror story in the tradition of fairytales and folklore.

Perhaps the peak of the latter experience is the scene in which Pirita makes her sacrifice before the pagan altar, a twisted monument of antler and bone shot from unexpected angles, before passing out into nightmare visions. Below these surface layers is a rather ambiguous interplay of feminist and patriarchal themes that touch upon topics of marriage, sex, domestic life and the role of women without any clear agenda, except perhaps a growing fear at the breakdown of “traditional” values. 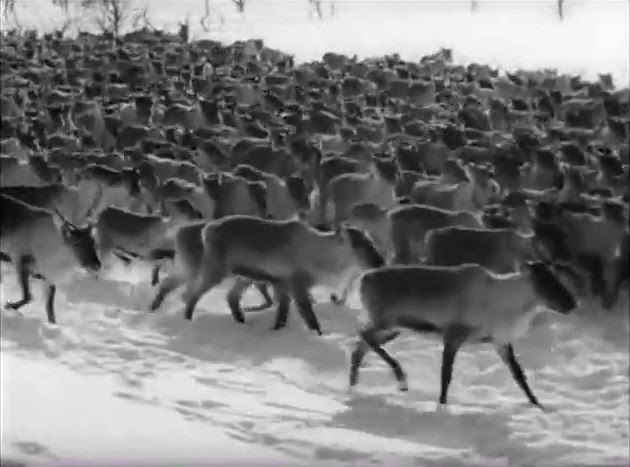 My Favorites:
The White Reindeer
Inspector Palmu's Error
Stolen Death
The Man without a Past
Frozen Land