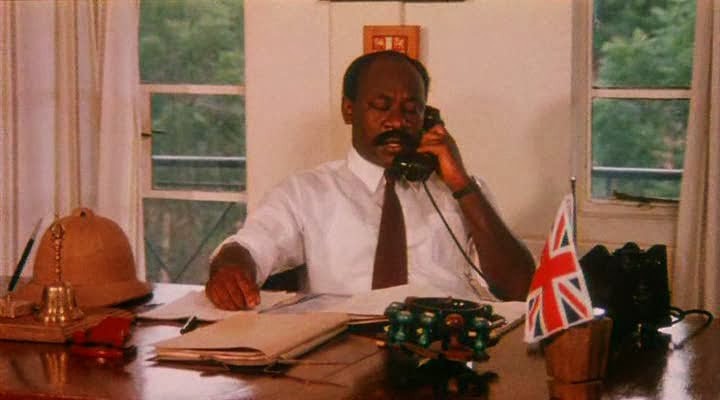 Country: Ghana
Film: Heritage Africa (1989)
Heritage Africa follows Ghana's fictionalized first black district commissioner who is appointed in 1955, shortly before the civil unrest that would lead Ghana to become the first sub-Saharan African country to regain its independence. Thoroughly Anglicized, Kwesi Atta Bosomefi changes his name to Quincy Arthur Bosomfield. He speaks English, is Cambridge educated and dresses and decorates in the style of his British peers. He is embarrassed by his own mother, gives away his ancestor's sacred heirlooms to a foreign collector and literally dreams of being knighted by his oppressor's king. Bosomfield is even too busy helping the Brits suppress strikes and massacre the growing nationalist movement to look after his own dying son. In all other regards, too, he has turned his back on his African heritage. Only through witnessing the harsh realities of his Faustian bargain and undergoing a painful internal struggle will he regain his Ghanaian soul. 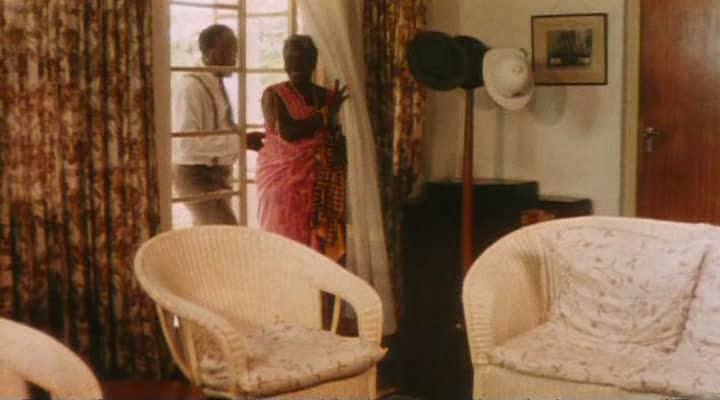 Heritage Africa is a psychological study of a self-hating African and the persistence of the mental bondage of inferiority that can last longer and do as much harm as physical chains. Bosomefi is an intelligent and capable man who has nevertheless allied himself with foreign rule and Western culture to the point where he has forgotten his own roots. Strutting and pretentious, at his career peak he's a thoroughly despicable character, but director Kwaw Ansah has laid the groundwork for his conversion early in the film. The last straw is not, as one would expect, the death of his own son, caned so excessively for trespassing on a British compound that he dies of tetanus. (Bosomefi could have pardoned him, but doesn't believe it would look right to show favoritism for his son.) Instead, it is the fate of another boy, mirroring his own loss, that triggers his epiphany. Troubled by a dream of his warrior ancestors, Bosomefi carries an African child from slum where he grew up to a white-run hospital only to find even a Ghanaian doctor reluctant to 'break the rules' by giving the boy medical attention.

The innocence of children as yet inculcated into the adult world of racism, inequality, and exploitation and their redemptive role as both sacrifice and symbol for a better future, is an ongoing theme throughout the film. Even the main white villain's son shows confusion and heartbreak when he's told not to consort with a black girl he's befriendsed. Heritage Africa does feels a little raw, especially in terms of the acting, but its ambitious character arc and articulate script are compelling in their willingness to wrestle with the intricacies of African identity. 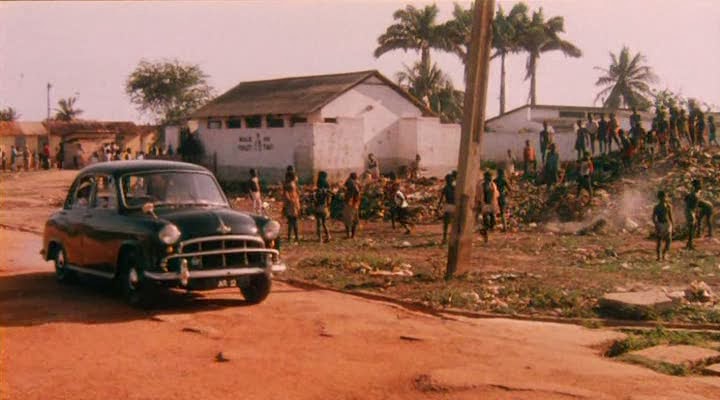 My Favorites:
The Burial of Kojo
Heritage Africa
Posted by FilmWalrus at 10:30 AM