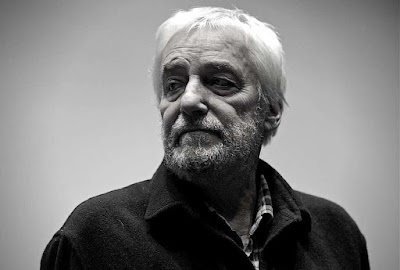 Yesterday, Andrzej Zulawski, the director of my favorite film, died.

He wasn't the greatest director or even a very consistent one. I doubt he'll appear on the Oscar death montage. He was never much interested in entertaining or educating. Instead, he strived always to transcend: to get behind and beyond the limits of story, character, intellect, morality, sexuality and even the very medium itself. More than anything he brought intensity to cinema, to a degree that often drove his films into incoherence and himself into bout of madness.

His films include the monumental unfinished sci-fi epic On the Silver Globe, which got his expelled from communist Poland, bizarre but compelling adaptations of authors as diverse as Dostoevsky and Madame de La Fayette and a quartet of unrated/NC-17 films starring his wife Sophie Marceau (probably best known as the bond villain from The World Is Not Enough). 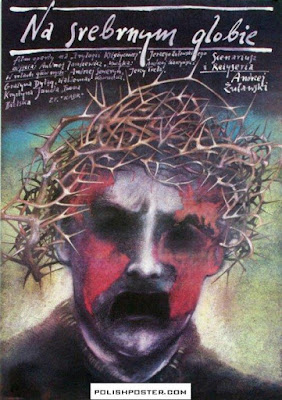 I've been a longtime fan, once checking out an English language libretto translation of the Russian opera Boris Godounov so I could follow along with a bootleg of his adaptation.

Possession (1981), the art-horror cult film most often atop my fluctuating top ten favorites, is his masterpiece. Back when the film was a rare collector's item, I found it at an old library on VHS and gathered together a group of like-minded friends for our first viewing. It left me dazed and overwhelmed. It was the moment I realized cinema would be a lifelong passion.

Almost a decade ago, I wrote a long and loving review.

Zulawski's obituary in the NYT.

His final film, Cosmos, an adaption of Witold Gombrowicz's novel, was finished just last year. I look forward to it. 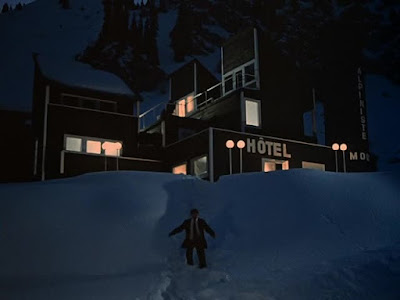 Country: Estonia
Title: The Dead Mountaineer’s Hotel / ‘Hukkunud Alpinisti’ Hotell (1979)
An avalanche traps a police detective, an innkeeper, a physicist, a terrorist and the mysterious Mr. and Mrs. Moses in a remote alpine ski resort. The same night, a semi-delirious stranger shows up and a Scandanavian fop is found dead, his neck twisted by some impossibly powerful force. It’s up to the policeman, Inspector Glebsky, to solve the case. Although the setup is consciously designed like an Agatha Christie mystery, it was actually penned by Boris and Arkady Strugatsky, Russia’s most famous sci-fi writers, and they have something much weirder in mind. The innkeeper speculates about zombies. Glebsky suspects hypnosis. The physicist raves about aliens. This is a case that logic cannot solve. 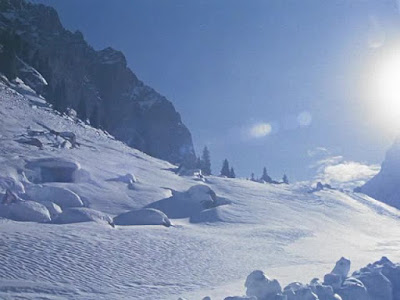 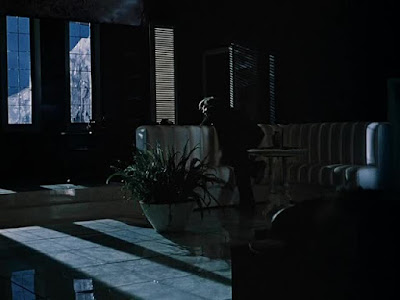 The initially sympathetic Glebsky ultimately winds up as an anti-hero who, blinded by an outmoded obedience to logic, duty, and authority, fails to adjust to a dramatically changing world. It’s a theme that registered as a powerful anti-Soviet sentiment during the Cold War (In a final monologue Glebsky justifies murder by saying, “Either they were human, and thus criminals who got what they deserved, or they were inhuman and thus can’t be murdered.”) and continued to be relevant now, when scientific progress has far outpaced the layperson’s ability to understand the reality we live in. 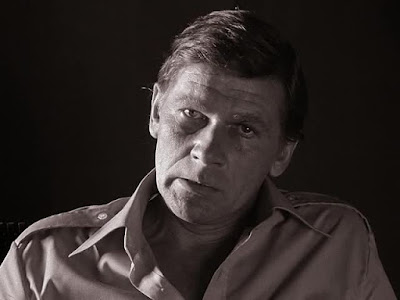 Some other random notes:
My Favorites:
November
The Dead Mountaineer’s Hotel

Spring / Kevade
Franky & Wendy
Posted by FilmWalrus at 10:44 AM 4 comments:

Film Atlas (Latvia): In the Shadow of Death

Country: Latvia
Title: In the Shadow of Death / Naves Ena (1971)
A group of Latvian fisherman are stranded at sea when the peninsula of ice they are on breaks free from the mainland. One man leaps into the water and attempts to swim back, but dies immediately in the churning cold. An old man says a brief funeral oration over him: “There was a man and then there was not.” This grim unadorned stoicism characterizes the film as the remainder are left to confront death, and each other, as their supply of fish dwindles and their iceberg shrinks.

Our viewpoint character is Birkenbaums, an affianced slightly angsty young man. Through flashbacks he reflects on his previously charmed existence, his faith that he would always remain unscathed by misfortune, and his lover back home, who once playfully wrestled with him while dressed as a grim reaper (ominously foreshadowing the real thing). He witnesses various reactions to their predicament in the men around him: a rich old patriarch hoards fish (one of the few explicit concessions to the Soviet propaganda agenda), another turns to prayer, a third succumbs to madness.

Birkenbaums’s closest friend, a fair-haired teen, begins to fade first. When the others vote against killing their only horse to provide him nourishment, Birkenbaums feeds him with his own blood. As time and space melts away, a chance of rescue presents itself, but their hardest moment is yet to come, for there is not enough room to save them all.

Leveraging the best elements of two survival genres, mountaineering disaster films and lifeboat/shipwreck dramas, In the Shadow of Death is a cold, harsh thriller about impending death and its psychological effects, bringing out nobility and sacrifice here and selfishness and despair there.

The film is short and rather terse. I expected the flashbacks to flesh out more of the characters, but the camera so rarely leaves their diminishing iceberg that its few brief leaps ashore have to be savored by the audience; a subtle decision by director Gunare Piesis. Although this is a film about facing hard truths and hard choices, it is also a film about hope and practical survival. You can see as much in words as in actions, like taking turns holding a makeshift flagpole because digging a hole to plant it in risks splitting their frozen island. It brings home the delicacy of civilization and of life.
Posted by FilmWalrus at 9:48 PM 1 comment: