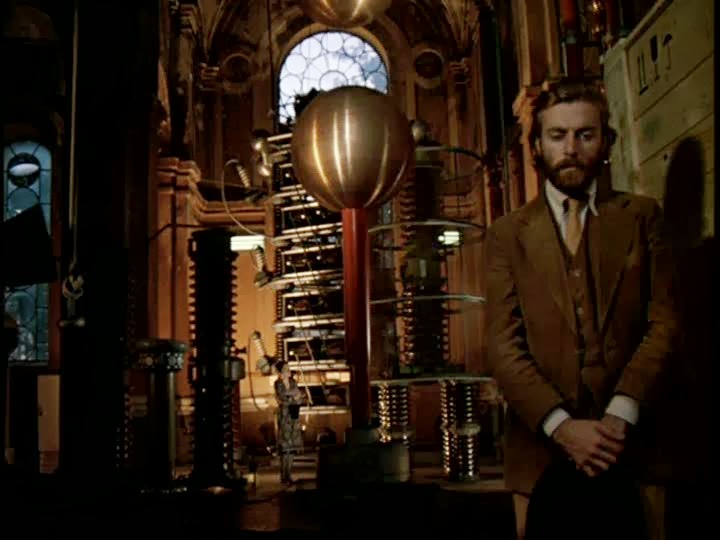 Country: Georgia
Film: Repentance / Monanieba (1984)
The death of Varlam Aravidze, a charismatic public figure, is the cause of solemn mourning and fond tributes in the Georgian town where he once served as mayor. But when his exhumed corpses shows up in his family's garden the next day, it becomes clear that someone doesn't wish him to rest in peace. After being dug up twice more, Varlam's son Abel and grandson Tornike lie in ambush and arrest the culprit: an unassuming cake decorator named Keti Barateli. At her trial she admits to desecrating the grave but doesn't plead guilty, explaining by way of an extended flashback. As a child she witnessed Varlam's rise and his abuses of power as a hypocritical functionary of the Communist party. He befriends Keti's parents, Sandro, an artist, and Nino, whose beauty Varlam covets, imposing on them with his oafish joviality and superficial  intellectualism. Varlam pressures Sandro to make socially conscious art (by which he means pro-government art depicting heroic progress), but Sandro eloquently insists on his independence from ideology. Soon after Sandro is arrested and sent to a work camp on the strength of a slanderous letter signed by rivals. Varlam defends his self-serving adherence to what he sees as his duty; calling the will of the masses his "holy of holies." Keti never sees her father again, but when lumber from work camp is waylaid at a local depot, she finds his name amongst hundreds of others curved on the timber. Meanwhile, the culture of groundless accusations and mindless persecutions spins completely out of control and even Varlam becomes disillusioned with the cause he spearheaded. 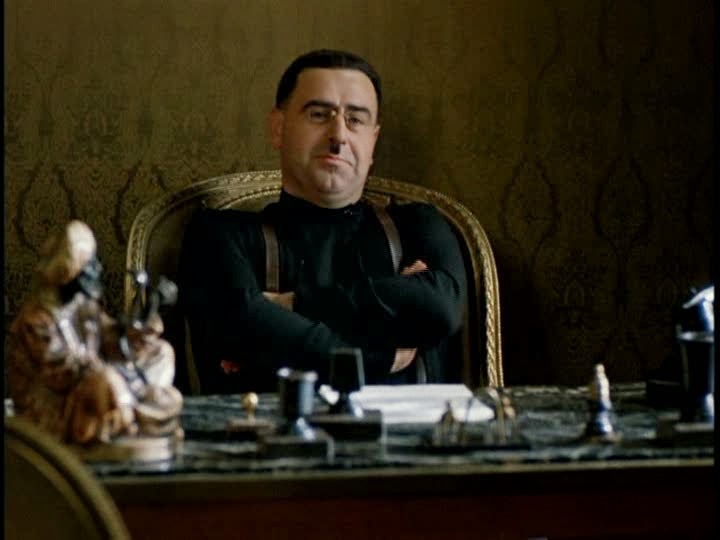 Back in the present day, Keti reiterates her promise that if freed she will continue to harass Varlam's corpse. Tornike is shaken to the core by the trial. He knew his grandfather only as a popular hero and kindly madman whom he frequently visited in an abandoned silo where he lived out his final days tormented, as Tornike now realizes, by guilt.  He sides with Keti, and is outraged to realize that his father, even knowing the truth, plans to have her locked in an asylum to protect his family's reputation and position. Abel defends his father, saying that it was a politically complicated time and that Varlam was merely carrying out his job, but his son argues that, "Man is born a human being first. He becomes a public servant later." Abel suffers nightmares and questions his motivations, but can't even be sure that his pangs of conscience are not just fear. It falls on Tornike, young enough to be repulsed by the pragmatic 'justice' of his father and the courts, to make an extreme act of repentance. 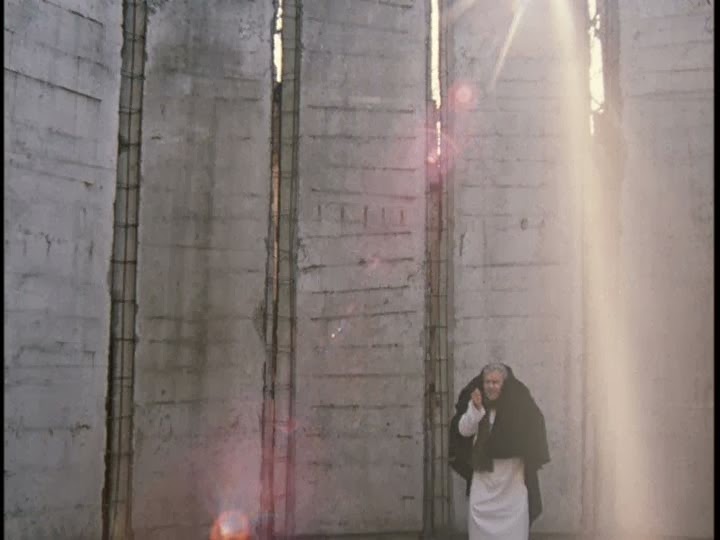 Only a handful of Soviet Bloc films dared to question the witch-hunt mentality and aimless persecution of Communist Party's ideological purges before the fall of the USSR. Examples include The Joke (from the Czech Republic) and Interrogation (from Poland), but Repentance is especially interesting for the ethical and moral scope of its three act structure. In the first part, the audience is kept thoroughly in the dark about who Varlam was and why someone doesn't want him buried, mirroring not just the confusion of the Aravidze family, but foreshadowing the anguish of not knowing the truth that Keti and other victims lived with for decades. The second act, told entirely in flashback, is the longest, and is a terrifyingly real though frequently surreal study of resistance (Sandro) and complicity (Varlam) with Avtandil Makharadze delivering a chilling performance as the perpetually-grinning two-faced mayor. But it is the third act that is perhaps the most rare and compelling, as we watch the second and third generation decide how to deal with a legacy of injustice, sin and guilt. Abel, his wife and his son each react very differently to the revelations about their vaunted patriarch and their conflicting desires to deny, cover-up, ignore, rationalize, underplay, absolve or do penance for his crimes becomes the film's most profound and intricate moral statement. 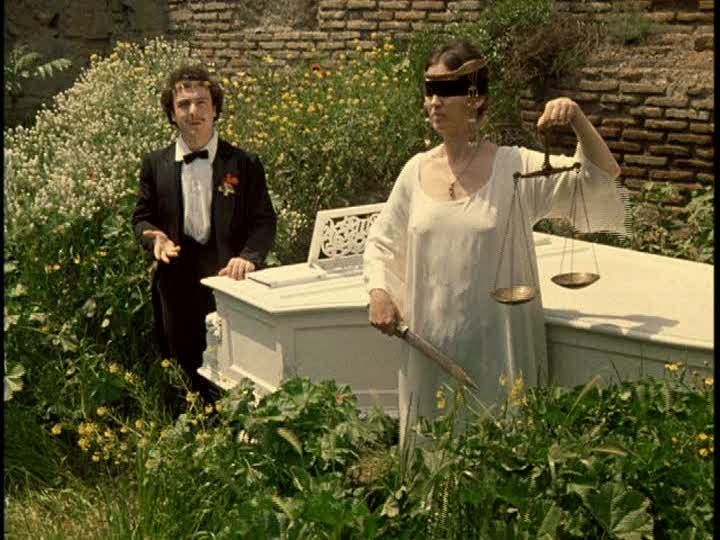 Director Tengiz Abuladze (who made Repentance as the third part of a thematic trilogy) doesn't employ particularly fancy camerawork or staging. His style is primarily realist, but inflected with moments of dark comedy as when a fire hydrant geyser quite literally drowns out the whole of Varlam's debut speech. In stark counterpoint are frequent digressions into dreams, in which the indirect and amorphous forces of oppression manifest themselves in scenes of warning, danger and horror. Perhaps the longest and most telling is a scene in which Sandro stands trial before Varlam, a white grand piano and the blind Lady Justice. There Sandro learns that the plan of the half-crazed friend who accused him is to name thousands of people as conspirators in bizarre and impossible schemes in the hope of unmasking the absurdity of the trial. This plan is doomed, of course, to backfire and feed the flames of the witch-hunt. Absurdity has long been a mainstay of Soviet Bloc cinema both as a means to evade censorship and to grapple with history, but Abuladze seems skeptical of its effectiveness, which perhaps explains his strange, ambivalent and yet undeniably potent mixture of realist and surrealist modes to tell the epic story of Repentance. 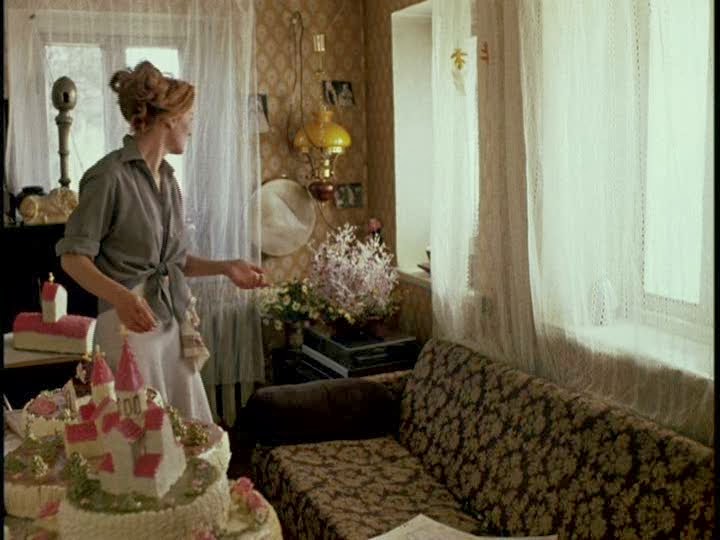 This short article posted only at the web site is truly good.

As a partial opioid antagonist, Georgia Rehab center is usually taken orally in pill or film form and is that the medication for opioid dependence can be prescribed or dispensed during a physician's office and brought from a home setting.

Great and really accommodating for all the people available and I ought to additionally propose them because it has helped me masses and I am sure that it'll do the same for you! What are the Benefits of Our Alumni Program Georgia?

They are timely and treated the entire procedure very professionally. tea for toddlers

Their ability to respond and scale according to changing needs impressed. Pure CBD Oil