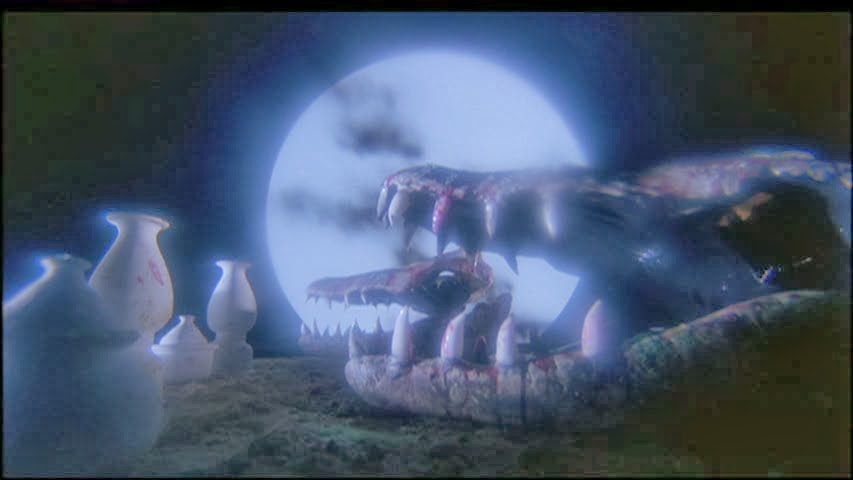 Country: Hong Kong
Film: The Boxer's Omen / Mo (1983)
The film opens with a kickboxing match (enjoy it, because despite the misleading title this is the second-to-last boxing scene) between a Thai and Hong Kong fighter, the latter of which is paralyzed for life despite winning, due to some shockingly poor sportsmanship. 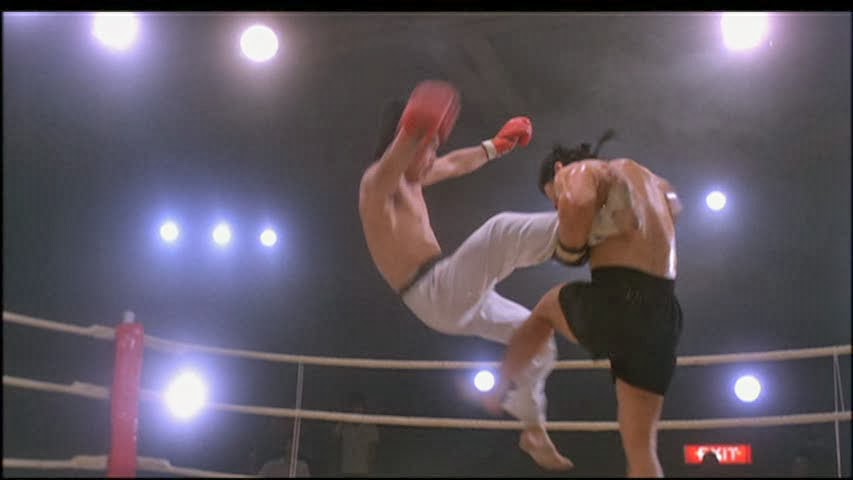 The boxer's brother Hung, a crime boss, is back home getting ambushed by nameless thugs, but he's saved by a the vision of a sprinkler-wielding Buddha. 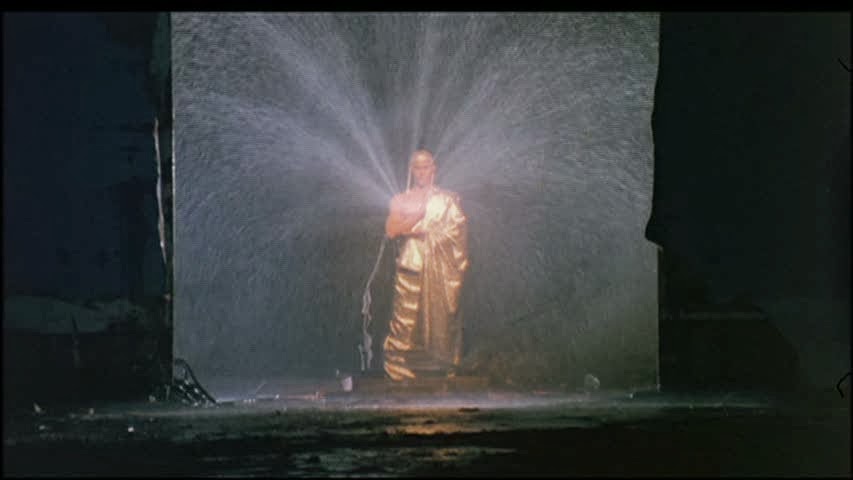 After some hot sex, Hung heads to Thailand to avenge his brother, but is drawn into a Buddhist monastery where a prophecy foretells his rescue of their cursed abbot (his twin from a previous life) from an evil Caribbean witchdoctor. After being initiated as a monk, a process that involves getting covered in leeches and bursting out of a giant urn, he faces off against the black magic of his nemesis, who summons bats out of crocodile skulls and tears off his own head (a more effective strategy than you might think). Hung victoriously returns to his apartment where his girlfriend is nonchalantly showering; oddly, she is more surprised by his shaved head than his unannounced three-month absence. He tells her he has seen through the vanity of the world and then they have more sex, which is kind of a no-no for monks, so he ends up losing his powers and his grudge match against the Thai jerk (remember him?). Meanwhile, the witchdoctor has resurrected a zombie-mummy-vampire lady through a maggoty ceremony both bizarre and disgusting. Hung prepares for their inevitable rematch by harvesting a sacred mushroom from an enormous stone face. The final showdown takes place at a temple guarded by godlike statues where even stranger things happen and if your eyes don't melt first, your brain probably will. 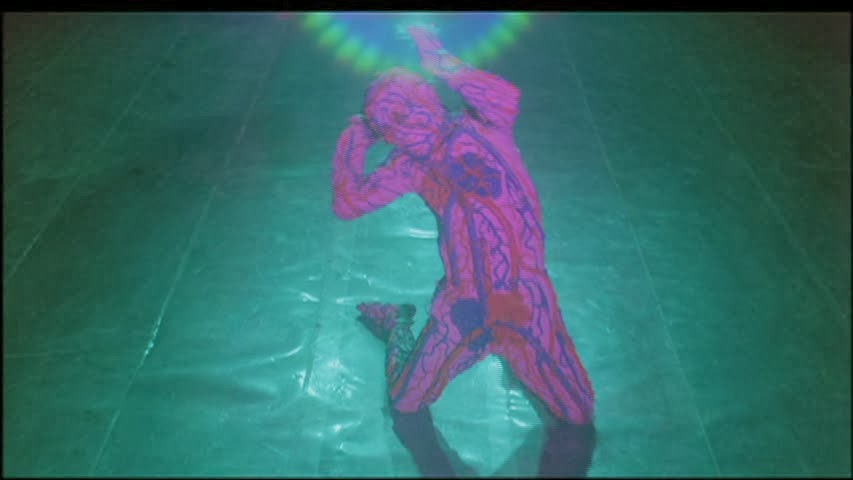 The plot summary of Boxer's Omen reads like the transcript of a fever-racked 15-year-old channel-flipping at 2am while on psychotropic drugs, but director Chih-Hung Kuei's boundless energy, whiplash genre changes and manic outpouring of disjointed ideas are an absolute riot. And if you can't follow the plot at a given moment, that's OK too, because the next crazily unpredictable but whimsically inventive shot (including lots of prismatic lenses, dubiously authentic religious ceremonies and a brief travelogue in Nepal) is already bearing down on you to ensure there's never a dull moment. Though the film makes use of a couple awesomely cheesy digital effects (the best being the writhing script of Buddhist mantras flowing over Hung's meditating muscles), it's strongest element is its horror-themed practical effects which feature stop-motion sequences of magic spiders and bats, a disembodied heads that straggles with its viscera tentacles, a skinless organ-bearing artery-suit and miniature animatronic cyclops-dinosaurs that shoot lasers. A warning though: Boxer's Omen is not for everyone (as you can doubtlessly already tell), and least of all for those with a weak stomach. There's copious violence and nudity and gratuitous gross-out scenes (vomiting up a moray eel being one of the more straightforward example) along with other good-natured indecencies. 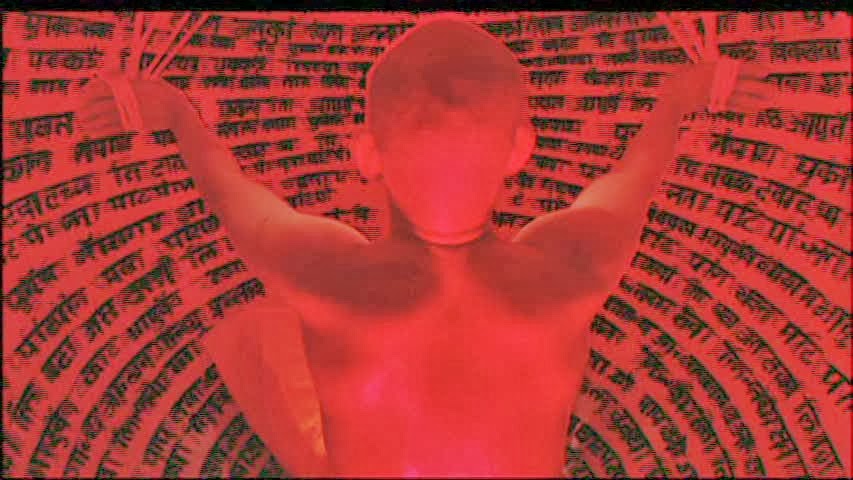 Though Boxer's Omen is absolutely one of my favorite films from Hong Kong, it isn't especially representative of Hong Kong's iconic action cinema, so here are some recommended excursions into my two favorite Hong Kong genres: martial arts cinema and heroic bloodshed (stylized crime films). 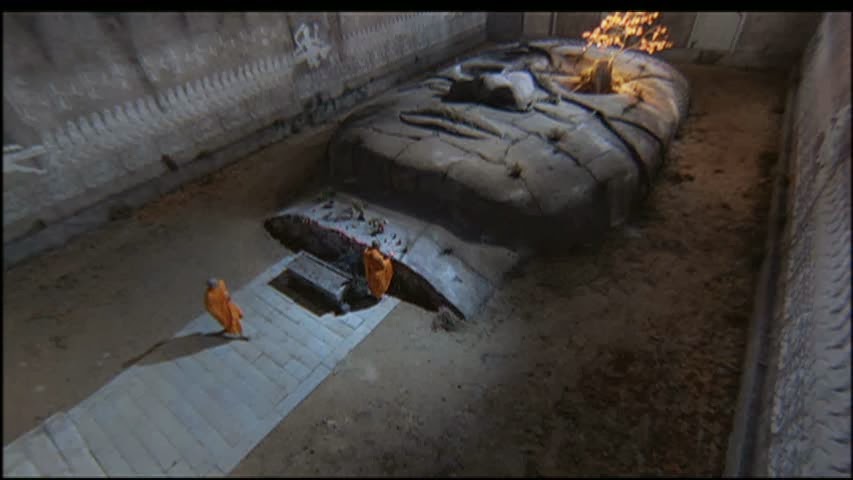 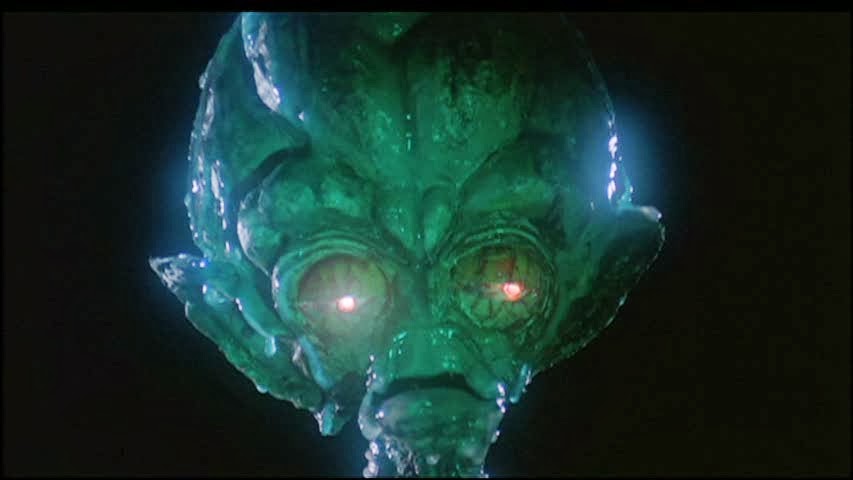