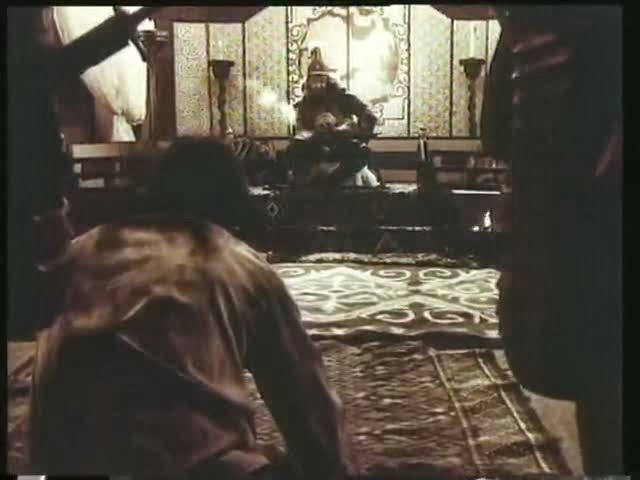 Country: Kazakhstan
Title: The Fall of Otrar / Gibel Otrara (1991)
The year is 1218. The place is Otrar, an outlying city of the Khwarezmian Empire (spanning from modern day Iran to Kazakhstan) valued for its strategic position on the lucrative Silk Road trading route. Unzhukhan, a nomad from a neutral tribe, returns to Shah Muhammed II, leader of the Khwarezmians, after having served for seven years as a spy in the Mongol horde. He bears bad news: Genghis Khan is consolidating his victorious forces in China and turning his attention to the Shah’s eastern front. However the Shah is more concerned with court intrigue and the Caliph of Baghdad's armies to the west. Suspecting Unzhukhan of being a double agent, he has him brutally tortured, but the Shah’s mother frees him for purposes of her own. Unzhukhan refuses to be a pawn in their games and goes his own way, eventually convincing Kairkhan, governor of Otrar, that the Mongol threat is real and that a recent convoy of merchants is secretly scouting their defenses in advance of an invasion. Kairkhan orders their arrest and seizes their property, later executing an ambassador sent by Genghis Kahn to demand an explanation. This backwater squabble triggers a war that will end in the Mongols becoming the largest empire the world had ever known, but in the meantime Kairkhan and Unzhukhan, uneasy partners with ideological baggage, prepare Otrar to defend itself. 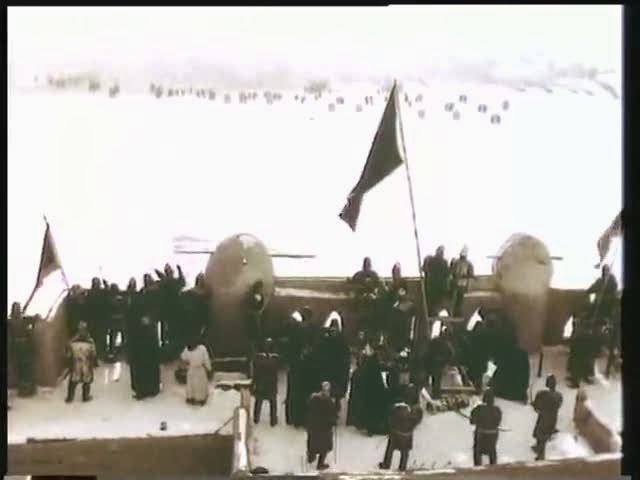 The city holds out against wave after wave of attacks that include Chinese siege engines, tunnel diggers and vastly superior numbers, but it inevitably succumbs. A rather philosophical Genghis Kahn declaims to his captured prisoners about sovereignty and posterity. Kairkhan is executed by having molten silver poured over his face. The Shah is reduced to a beggar and flees. And Unzhukhan, wandering through the smoldering ruins, questions fate and freedom and meditates that at least, to its credit, Otrar was the last of the strongholds to fall. 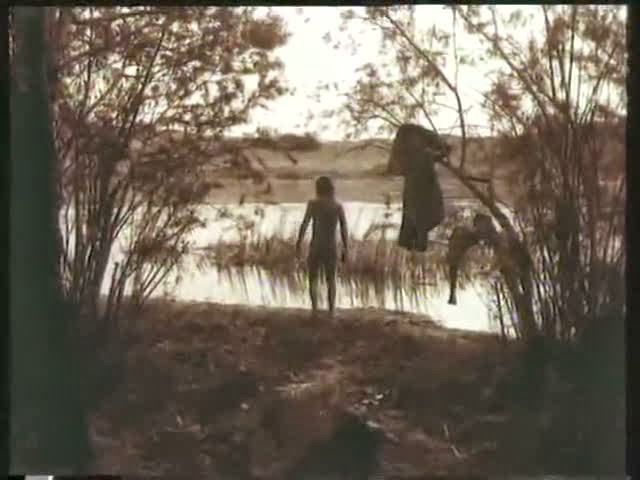 The Kazakh New Wave, which generally tackled trendier contemporary topics like rebellious youths, angsty gangsters and the underground music scene, also produced this criminally little-known historical epic. Drawing influences from Kurosawa-Mifune samurai collaborations, blood-soaked spaghetti westerns and Tarkovsky’s brooding art films, The Fall of Otrar is bristling with ferocity and ambition. It’s an impressive history lesson about a key turning point in the balance of world power (for some context, the Mongol Empire was, at its height, five times the size of the Roman Empire’s apex), and though I found it necessary to do some homework in order to understand the rather merciless throw-the-viewer-into-the-deep-end-of-the-pool opening acts, it manages to transport you into its medieval setting through a highly immersive attention to look, feel, language and behavior in a way only a few films (Marketa Lazarova, Andrei Rublev) can match. But while The Fall of Otrar is a rich visually-driven study of medieval Central-Asian politics, siege warfare, the limitations of power, the hubris of empire and the role of the individual in large-scale historical change, it is also an entertaining spectacle on an instinctual visceral level, full of mounting tension, gruesome violence and grand clashes. 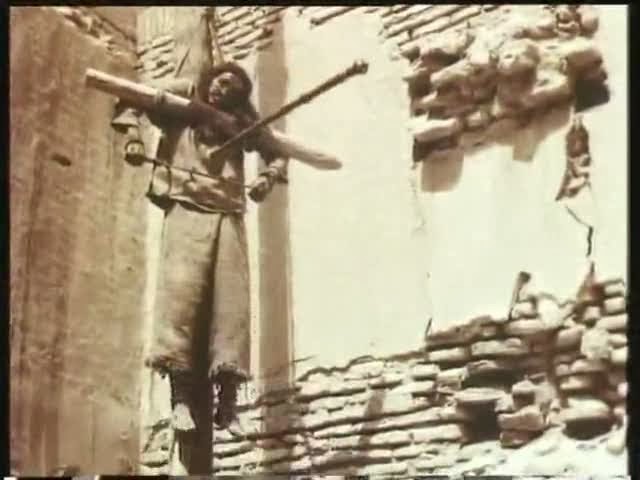 The Fall of Otrar is shot in a mix of sepia-toned monochrome and desaturated color whose alternations, as far as I could tell, have no particular rhyme or reason, but they give the movie an aged, weather-worn feel. The film is tightly shot, with earthy interiors of dirt, sand and stone only occasionally relieved, as the stakes escalate, by wider exteriors (and even these are predominantly densely populated and graphically busy), echoing the hemmed-in futility of the besieged town as it is gradually overwhelmed. I found the character arcs of Kairkhan (who lacked backstory) and Unzhukhan (who disappears for an hour in the middle) rather uneven, but I can’t say how much of that is the film’s fault since I watched a version missing ~20 minutes, with dodgy amateur subtitles and an obnoxious Russian-release audio in which a man repeated every line of the movie in Russian after the characters speak. The good news, however, is that a restored print curated by Martin Scorsese has toured and I can only hope that one day The Fall of Otrar will get the release it deserves. 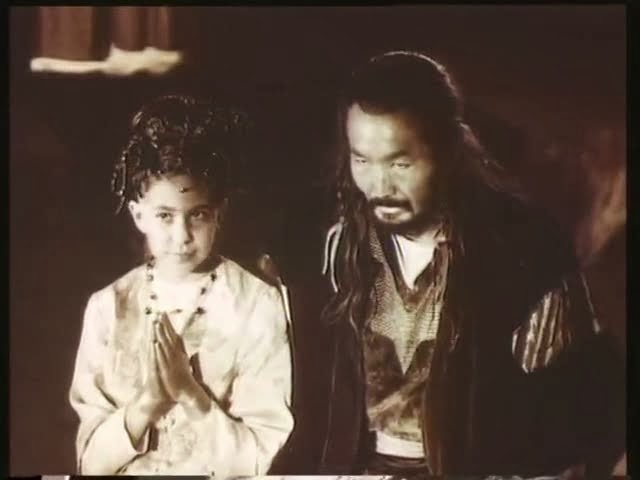 You sure put up with a lot to watch some of these! And I'm sure this is only after you already went through the challenge of finding it.

Ive come across a handful of films over the years with this terrible Russian-style dub. It's like having a monotone Russian man sit next to you in the theater whispering his native translation in your ear. And since this is recorded directly onto the only audio track you cant get rid of it for non-Russian releases. And it talks righ over whatever is said next.

What's amazing is how good this film is even under these circumstances.