Film Atlas (Zimbabwe): The Legend of the Sky Kingdom 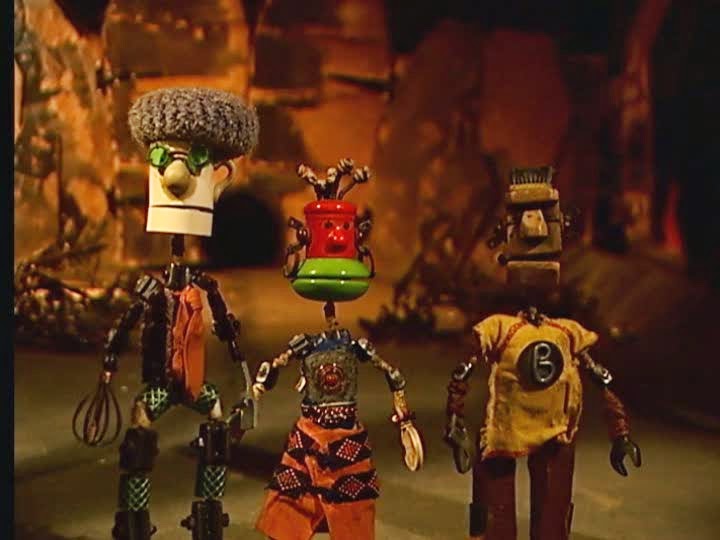 Country: Zimbabwe
Film: The Legend of the Sky Kingdom (2003)
In this visually distinctive stop-motion adventure, a trio of orphans team up with a pair of accented eccentrics to escape the underground gold mine where they're enslaved. After their first attempt fails they come across Telly, essentially a talking Bible, who helps guide them out of the city via an invisible bridge (a scene which introduces the gang to the film's central catchphrase: "Believing is seeing"). Once in the open air above ground, the group is aided by a variety of new friends: a teleporting bird, a forest full of kindly monkeys and a hooded man who supplies them with magical weapons and armor. They proceed to overcome a battery of obstacles and enemies, including a hungry crocodile, a smooth-talking chameleon, a sword-fighting baboon, a snobby professor and The Emperor of Evil himself. They triumph largely through their faith in the Sky King and his only son Ariel, eventually ascending to heaven in a chandelier spaceship. 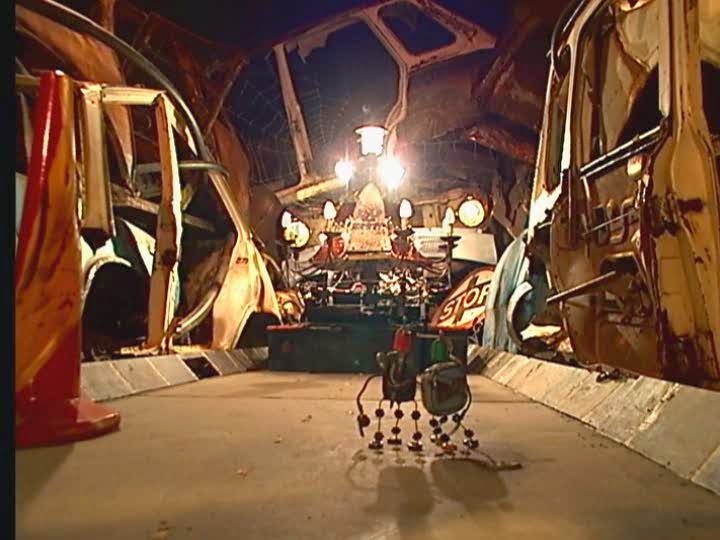 The Legend of the Sky Kingdom is reminiscent of Veggie Tales, both of which are animated, targeted at kids and informed by an unambiguously Christian agenda. I've got extremely mixed feelings about children's movies that push specific religious beliefs (see my full length review and discussion from a few years back), but I'm unequivocal in my love for the film's artistic design. Director Roger Hawkin's didn't have much budget to work with, so he invented a technique he calls 'junkmation,' literally dumpster diving for the materials to make his characters and sets. His resourcefulness is staggering.

You can't help noticing endless smile-inducing little details, which range from the cleverly practical to the creatively bizarre: arrow fletches made from origami playing cards, hyenas with alligator clip jaws, a spider villains made from an expandable tool kit with monkey wrench limbs. The latter's progressive shrinkage, due to his waning powers, is accomplished by switching in successively smaller caliber wrenches. And that's not even mentioning the more obvious set pieces, clearly labors of love: a baffling maze made of circuit boards, a tempting forest of candy wrappers, a beach umbrella island in an undulating plastic sheet sea and a desert whose cacti are melted toothbrushes. 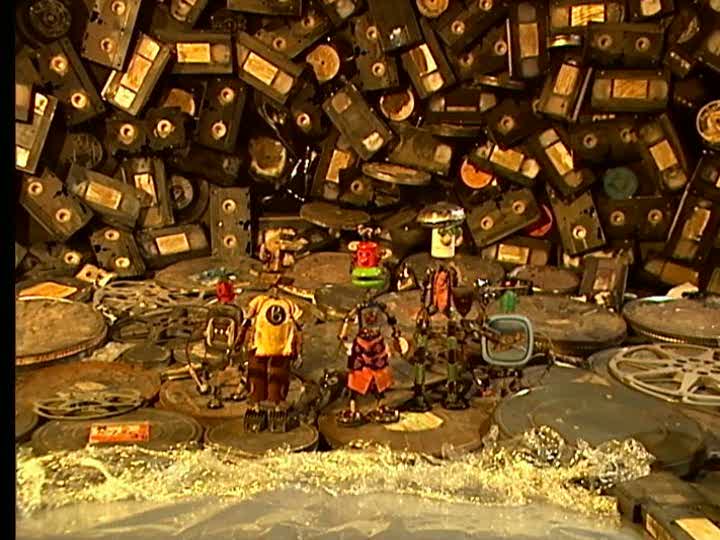 The visual are sure to impress anyone, but the plot less so. By focusing on such an overwhelmingly metaphorical journey where each clearly defined chapter teaches a specific spiritual message, the story ends up feeling preachy and schematic. However the colorful characters, with their expressive if somewhat dodgy voice acting, makes it easy for kids to root for the plucky heroes. 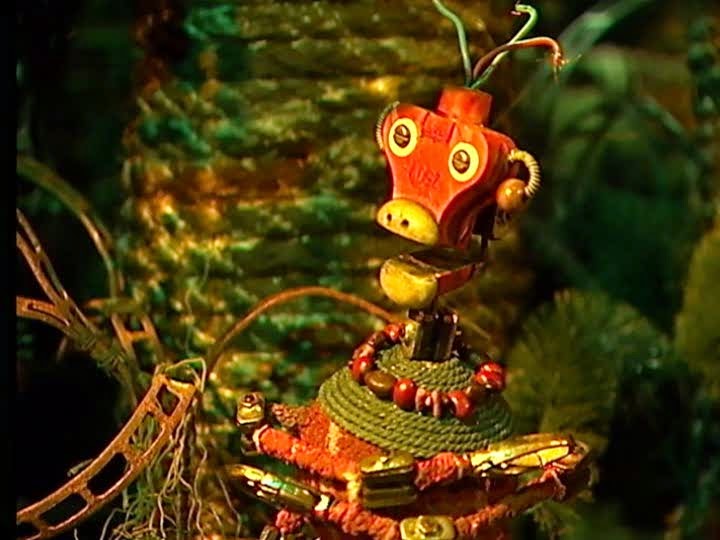 The Legend of the Sky Kingdom, despite laying almost certain claim to being Africa's first stop-motion film, has never attracted much attention. At the time of this review it has only 25 votes on IMDB. I had to order the DVD from the makers when I first watched it in 2009, but nowadays you can stream it for $2 on Amazon (in the US), so if you're at all interested in the medium you should check it out. Similarly South Africa's little-seen claymation dramedy Tengers, aimed at a considerably more adult audience, is currently also available. 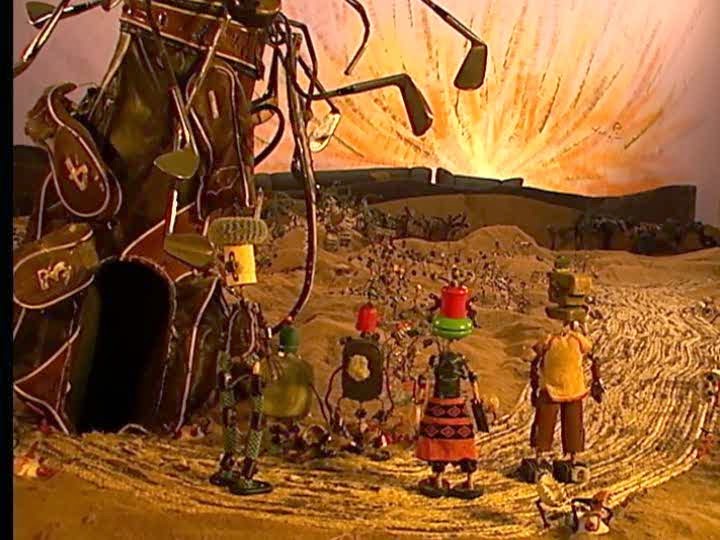 I'm certain absolutely nothing of this is reviews. Raymond You know that many people are able to get Sky TELEVISION in Spain,