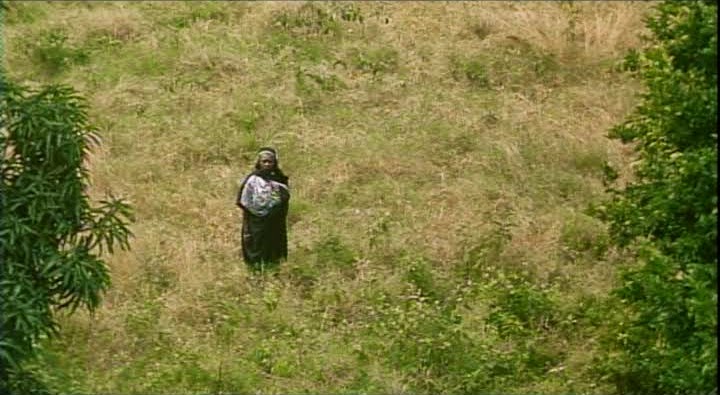 Country: Tanzania
Title: Maangamizi: The Ancient One (2001)
Dr. Asiri is an American-educated psychiatrist who returns to her homeland of Tanzania to work at a clinic run by Dr. Moshi. There she encounters resistance from the nursing staff, who resent her foreign manners, and the chauvinistic Dr. Moshi himself, who has little respect for the medical opinions of women. Fortunately Dr. Asiri has no trouble immersing herself in her work, particularly a strange semi-mute patient named Samehe who experiences visions. A nun claims she once made a pair of twins, who bullied her at an orphanage, disappear. Asiri soon discovers that Samehe suffered a great deal of trauma as a child, witnessing her mother being burned alive by her crazed preacher father. 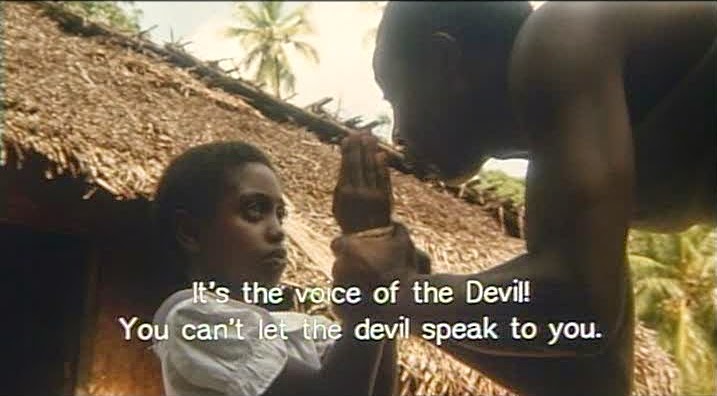 The doctor and patient bond, especially after the unlikely revelation that two are related, but they clash over how to approach the recovery process. Asiri favors psychiatric techniques including confronting childhood memories and hypnosis while Samehe prefers to follow the spirit guide of her shaman grandmother, Maangamizi, into the afterlife where she seeks to forgive and be forgiven by her guilt-stricken father and wrathfully bitter mother. As Samahe improves, she realizes that Asiri, who has repressed memories of her grandmother’s lynching, is in need of help herself, and the pair enter into a process of mutual healing and self-discovery. 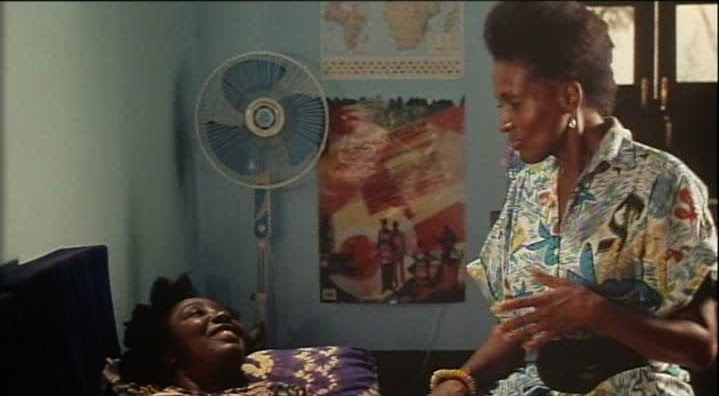 I went into Maangamizi with some trepidation, worrying that it would be about rejecting modern medicine in favor of more ‘natural’ folk remedies, a theme I particularly dislike. But Maangamizi’s focus on psychological and spiritual issues and its generous attitude towards both Western and African approaches to mental health, implicitly acknowledging the advantages and limitations of both, felt sensibly holistic even if never quite convincingly realistic. I particularly liked that in Samehe’s trips to the afterlife, her father, who held Christian beliefs, finds himself trapped in a Christian hell, while her mother, who held pagan beliefs, finds herself as a sort of goddess-guardian over Africa’s ancient magical ruins. These visits, while furthering the films themes of forgiveness and closure, are also some of the most visually effective, not to mention disturbing, including Samehe gifting eyes to her blind father and rejecting the pessimism of her severely burned mother. 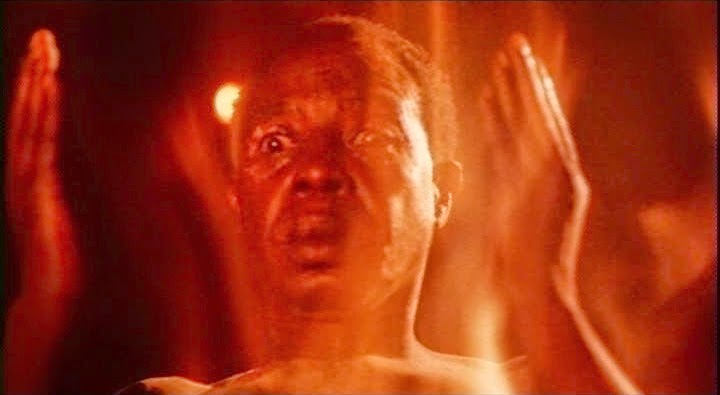 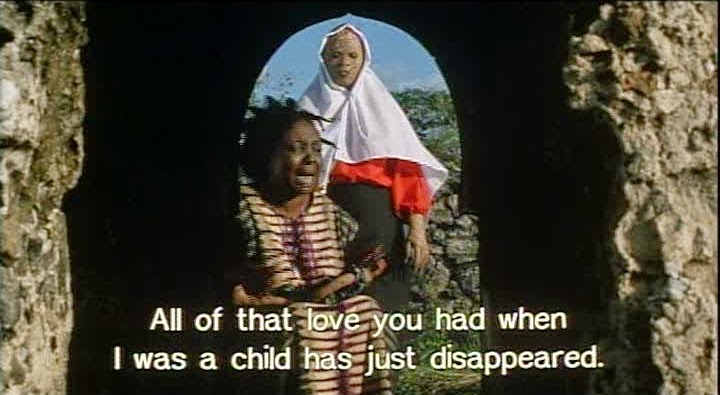 A little less successful is the film’s other noble theme, tied to Asiri, of taking pride in her identity as an African woman, in part because the doctor is neither as interesting or as developed as her patient and in part due to the theatrical stiffness of her monologues. Despite this, the performances actually hold up quite well in the face of Maangamizi’s difficult roles and sensitive topics. I was left wanting more, curious to know what happens to the characters after the curtain fell, and while that is, perhaps, evidence the screenplay could have done more, it's also a sign that the directors knew not to wear out their welcome and that I had become emotionally invested despite my initial reluctance. 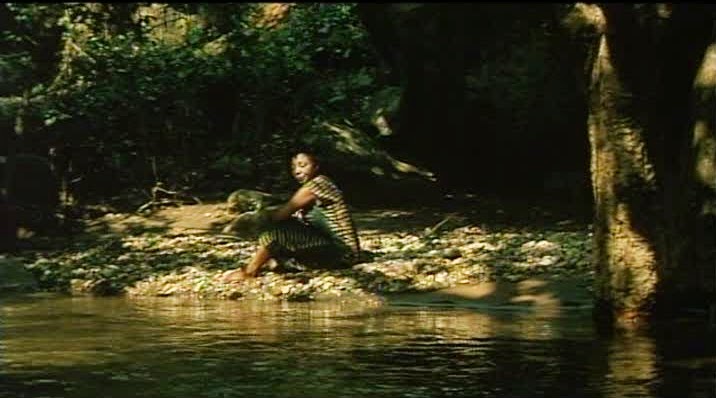 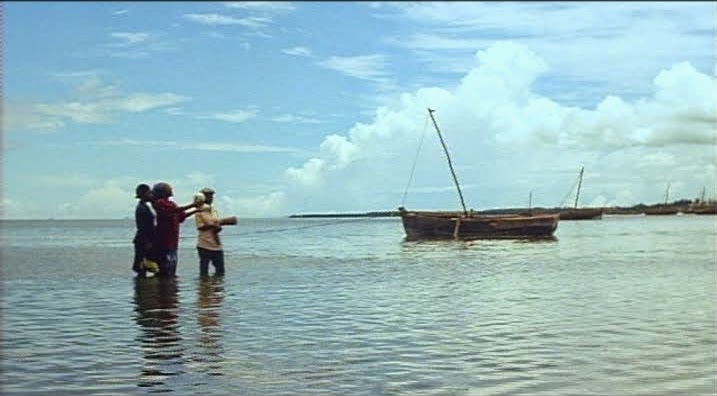