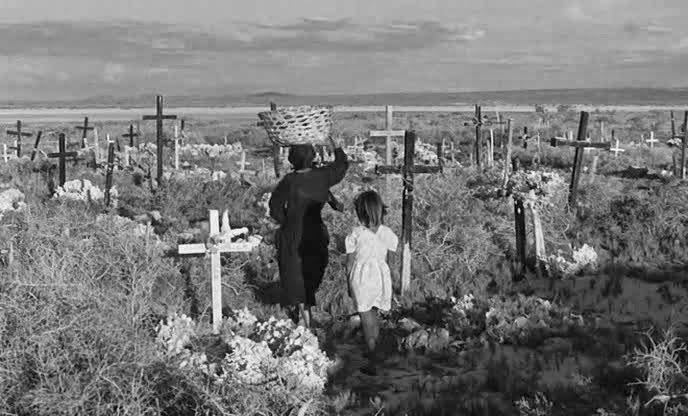 Country: Venezuela
Title: Araya (1959)
For 400 years Araya has been the site of one of the world’s largest salt mines. A small Venezuelan town sits on tip of the Araya peninsula overlooking a vast stretch of sand, salt flats and lagoons where no trees or crops can grow. The community survives on fish and the meager income from their endless toil harvesting, transporting and washing salt. 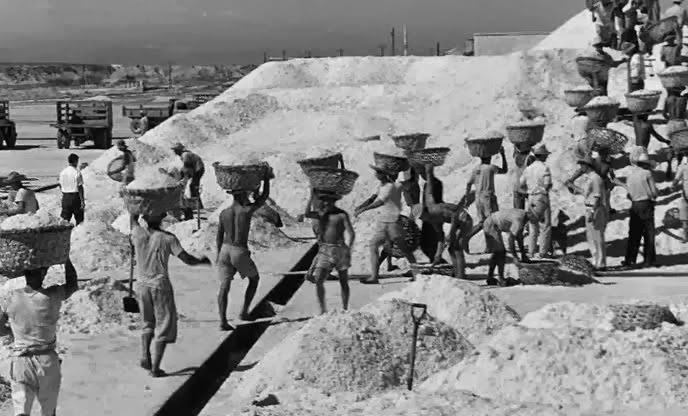 Araya the documentary begins in the small hours of the morning and follows a handful of families through their harsh, thankless daily routines. One family sifts, dries, carts, carries and bags the salt leaving it in 40 foot high pyramids that line the coast and await boats to ship it around the world. They walk barefoot and develop ulcers on their feet. The sun beats down on them and by midday they must take the long trek home for the only sleep they’ll get. In the night, they will begin again. Throughout the day the camera leaves them to follow a father and son harvesting chunks of salt from a lagoon, a group of fishers drawing in nets full of sea creatures and the women’s labor selling fish, collecting kindling and cooking. 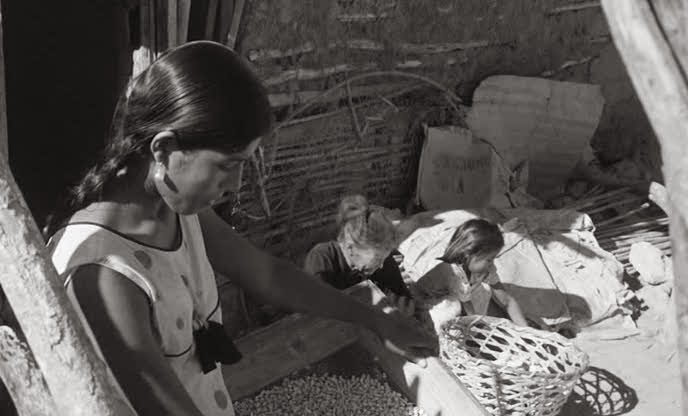 Margot Benacerraf’s film is a major work, transcending the confines of the ethnographic documentary through its poetic sensibility. The lives of the people of Araya are intrinsically fascinating in themselves, and the task of mining salt, too, is interesting stuff, thoroughly explored by the film. Benacerraf ‘single-day’ structure not only clearly lays out all the steps in the process but gives us an insight into the mind-numbing repetition and taxing difficulty of labor. But the film itself is never mind-numbing or taxing, because Benacerraf’s graceful cinematography captures the alien beauty of the region while her editing gives us a holistic view of the community’s bare subsistence. 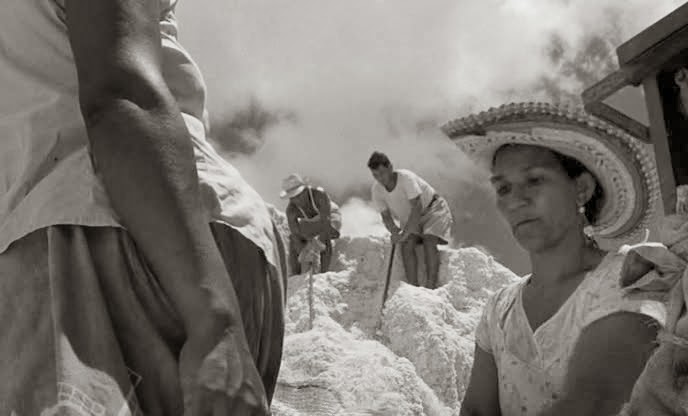 She allows her camera to wander; to take breaks from its implicit ‘job’ to follow tiny but unforgettable details like a child collecting seashells for a graveside bouquet. The narration attempts neither scientific detachment nor angry condemnation (but make no mistake, these salt mines are exploitation at its most soul-crushing), and instead adopts a compassionate, lyrical approach towards understanding a voiceless corner of the world. 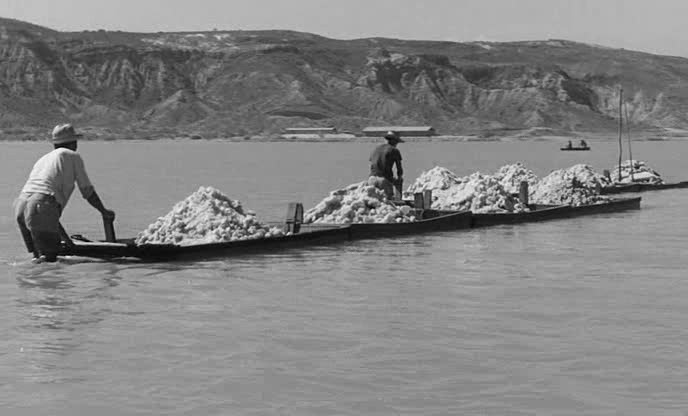 Major Directors:
Roman Chalbaud
Posted by FilmWalrus at 10:30 AM


Hello would you mind letting me know which hosting company you're working with? I've loaded your blog in 3 completely different browsers and I must say this blog loads a lot quicker then most. Can you suggest a good internet hosting provider at a reasonable price? Cheers, I appreciate it! capitalone.com


Thanks for a marvelous posting! I seriously enjoyed reading it, you might be a great author. I will ensure that I bookmark your blog and may come back sometime soon. I want to encourage continue your great work, have a nice evening! yahoo mail sign in

Attractive component of the material. I just stumbled across your web site and accession capital to say that I really enjoyed your site. With just a few clicks, foreign nationals can apply for a visa on arrival Turkey from their home. Fill the form with accurate and complete information about the passenger's data.

This is a wonderful inspiring article. I am practically satisfied with your great work. You have really put together extremely helpful data. Keep it up.. kenya business visa allows several foreign nationalities to enter Kenya for business ventures.