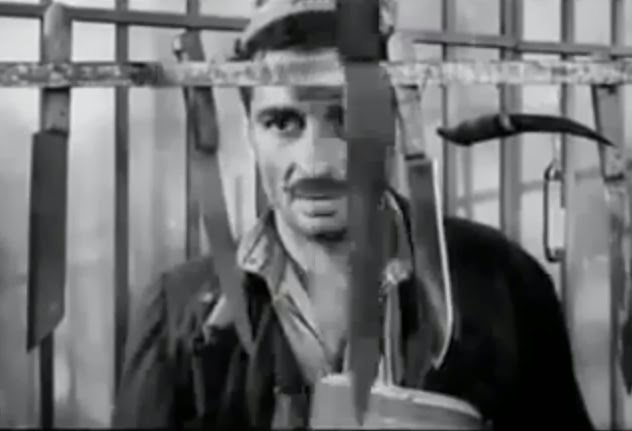 Country: Egypt
Film: Cairo Station / The Iron Gate / Bab el Hadid (1958)
Madbouli, our oft-absent narrator, is a newsagent in Cairo's bustling central train station who claims to have seen many stories strangers than those he sells. This one began when he took in Qinawi, a crippled street urchin without a past and little hope for a future. Qinawi defends himself with a desperate sense of humor, but he's lonely, sexually frustrated and the butt of many jokes cast down from the higher social strata. He longingly spies on a pair of young lovers that rendezvous at the station, and dreams of marriage with Hannouma (Hind Rostom, the "Marilyn Monroe of the East"), a fiery, flirtatious eye-catcher who sells cold drinks without a permit. She strings Qinawi along so he'll hide her beverage bucket during police raids and because she considers him essentially harmless and amusing, but in reality she is engaged to Abu Serih, a handsome labor organizer and born leader on the cusp of winning better pay for the station porters. 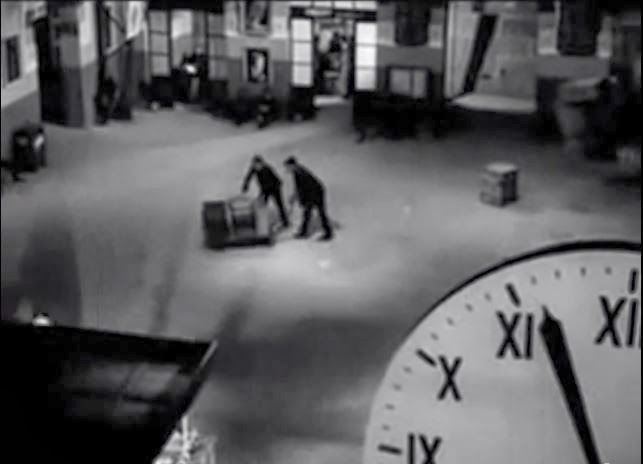 Unable to accept the growing reality that Hannouma will soon marry another and leave, Qinawi loses his grip on reality and latches onto a murder story of grisly dismemberment being covered by the very papers he peddles. He clumsily lures Hannouma to the station warehouse, but she senses something is up (she thinks he is trying yet again to seduce her) and sends a friend, who Qinawi, in the dark, stabs and stuffs into a trunk. He later tries to blame Abu Serih, but his erratic behavior doesn't allow him to fool anyone for long. As night falls, he corners Hannouma in the rail yard and chases her among the trains as the police surround the area. Madbouli steps forward and tries to calm down Qinawi, now totally insane, by describing his imminent wedding festivities. Asking him to don his bridegroom robes, several men slip on a straightjacket.

Egypt was already one of the centers of Middle Eastern cinema by the 1930s, but few had any interest in challenging the prevailing popular comedic and romantic formulas until prolific director Youssef Chahine emerged in the 1950s. The result of his interest in sordid tragedy among the lower castes, Cairo Station, was a domestic failure but a rare international breakthrough. Chahine himself took on the difficult and rather unflattering role of Qinawi, a character too pathetic to hate, but too ominous to like; something between a scrappy underdog and a creepy stalker (a fresh and shocking character type in 1958). Chahine builds up an ill-omened tension around Qinawi by, in keeping with his tendency to lurk, conspicuously not revealing his face for the first ten minutes. In the shack where he lives, Qinawi pins up images of scantily clad women cut from the papers he sells, an ordinary enough act of sexual sublimation that grows darker as the film progresses; he later draws a bucket on the arm of a favorite picture and finally, after hearing about a sensational killing, almost absent-mindedly clips off the head and limbs of a pinup. His conflation of image, imagination and reality and his tendency to escape into voyeurism and fantasy, makes him something of a prototype for the deranged antiheroes of the 1960s and 70s (think Peeping Tom, Psycho or Taxi Driver), but it's a credit to Chahine's minimal-dialog performance and the carefully selected class-conscious scenes of his daily routine that he remains oddly sympathetic. 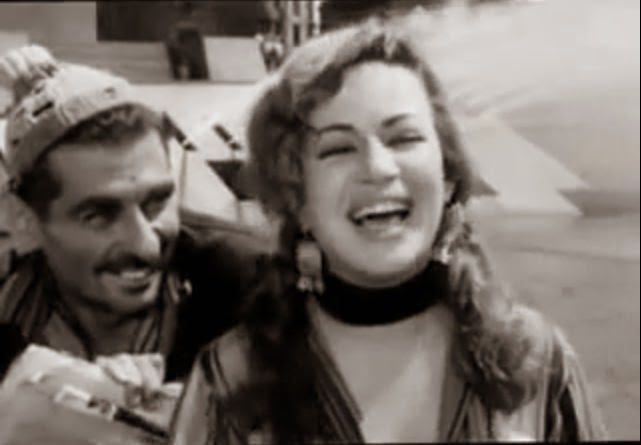 Chahine also proves himself one of the most interesting cinematographers of the era, with extremely dynamic compositions that incorporate camera movement, staging along criss-crossing diagonals and constant interplay between foreground and background elements. He frequently shoots through windows, around corners and in shifting crowds, always keeping the essential information clear while pushing the boundary of what he can fit in the frame. One of my favorite examples is Qinawi buying a knife at a cutlery stand (the first screenshot of this post), a scene sliced up by the verticals of dangling, swaying blades in front and the prison-like iron bars of a gate behind. Another winner is the climactic nighttime chase, with its chiaroscuro lighting and metallic labyrinth of engines, carriages and rails, shot with all the noirish authority of an Orson Welles finale.

My Favorites:
Cairo Station
The Nightingale's Prayer / The Curfew's Cry
The Mummy
The Square (2013)
Scheherazade, Tell Me a Story