Film Atlas (Cameroon): The Child of Another 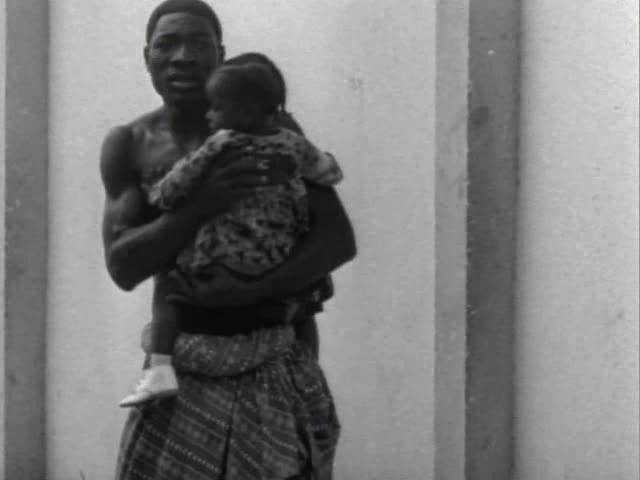 Country: Cameroon
Title: The Child of Another / Muna Moto (1975)
Ngando, a chiseled young woodcutter, plans to marry his childhood sweetheart Ndomé, but can't afford the dowry demanded by her family and local tradition. Ndomé becomes pregnant with Ngando's child, but instead of forcing her parent's hands, they find another suitor: Mbongo, Ngando's own uncle. Mbongo is a rich and self-serving, but sterile. He already has four neglected wives and is desperate for a child to continue his family name.  One day while Ngando is out chopping wood, Ndomé is abducted and forced into a shotgun marriage. Enraged, but increasingly hopeless, Ngando resorts to desperate measures. He kidnaps his own child during a feast day celebration, but every avenue of escape closes before him. 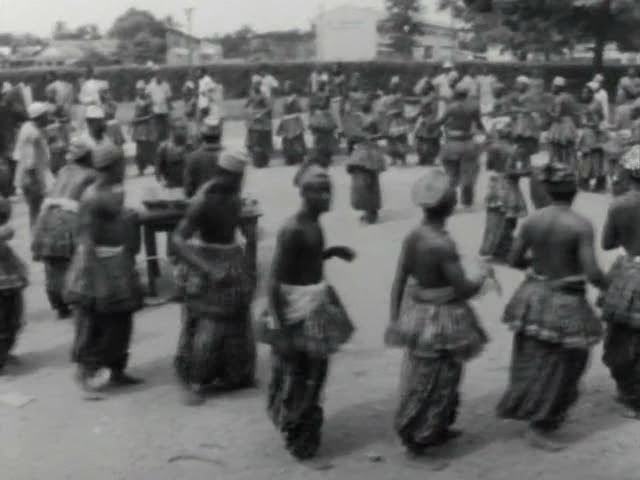 Muna Moto begins with a 12-minute sequence showing a festival in Cameroon occasionally interspersed with what we will later find out are flashbacks. It isn't clear who, if anyone, is the main character and we are given no intertitles or narration to explain the plot, let alone the rituals we are seeing. Partly, I think this is director Jean-Pierre Dikongue Pipa intentionally throwing us into the deep end, but it's also a way of having a single character's emerge from the crowd in a way that puts it into context: this could be anyone's story. It's a classical example of doomed love, the popular triangle of a beautiful woman sought by both poor peasant and rich cad. What makes Muna Moto transcend its well-worn premise is the striking blank-and-white cinematography and poetic editing. Pipa's images (much crisper than the poor transfer I had to use for my screenshots) are densely layered and blocked out into intricate textures of grey and black. The resulting compositions pull us into the settings (village, forest, beach, etc.) by giving us a sense of place, three-dimensionality and even intimacy. The camera is restless, constantly sliding along or reframing our leads. The edits dive in with inquisitive insert shots of plants, insects, animals, hands and faces. Though not strictly necessary to the plot, we come to know Ngando and Ndomé's world through the accrual of these details, rather than dialog, and we root for the lovers even knowing their inevitable fate. 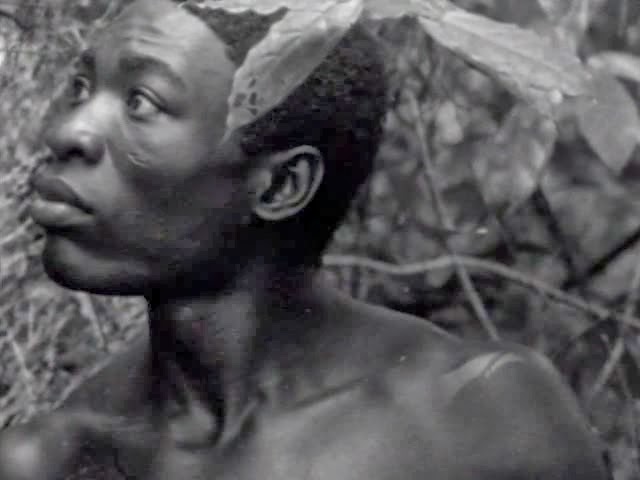 My Favorites:
The Child of Another
The Great White of Lambarene