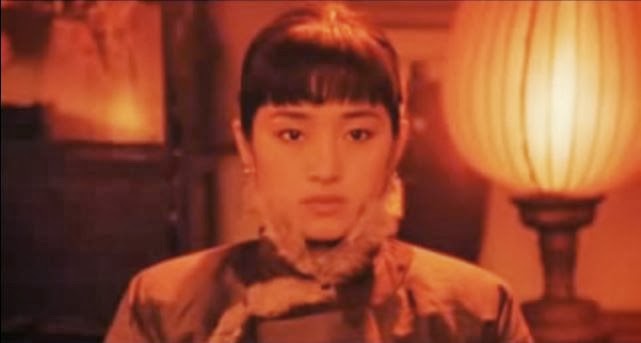 Country: China
Title: Raise the Red Lantern / Da Hong Denglong Gaogao Gua (1991)
Raise the Red Lantern takes place during the 1930s, entirely within the compound of the wealthy Master Chen Zuoqian and follows the plight of the newly arrived Songlian (Gong Li), his latest concubine. Songlian was partway through a college education when her father died, leaving her with few options. She marries Chen, thirty years her senior, and moves into her own house within his walled estate. Red lanterns are lit at the house of the wife where Chen plans to sleep on a given night. The wife so favored, usually little more than a well-dressed prisoner, receives a modicum of power and influence, including the right to a special foot massage and the option to the set the menu. Songlian, now referred to as 4th mistress, immediately clashes with 3rd mistress, a former opera singer, and her own sullenly jealous servant Yan’er, who nurses an aspiration to be a concubine too. The elderly 1st mistress, who is content with the old traditions, ignores her, but Songlian meets and develops an imprudent crush on her son, the flute-playing Feipu. Her only consolation comes from the “Buddha-faced” 2nd mistress.

As the seasons of her first year turn over, Songlian finds it difficult to endure the stifling, empty life of a concubine and the relentless household intrigues. Outmaneuvered at every turn, she falls from favor and vents her anger by cruelly avenging herself on Yan’er. This last petty attempt to assert herself backfires, leaving her guilt-ridden. Chastened and depressed, Songlian celebrates her 20th birthday by wallowing in wine and self-pity, but a slip of the tongue while drunk sets in motion a final disaster. The film’s ending mirrors the beginning: the household welcomes the arrivals of a 5th mistress. 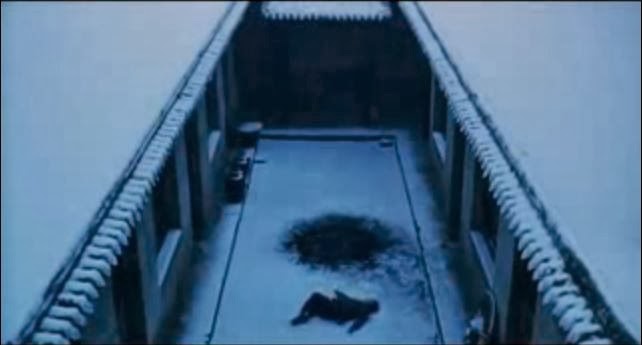 Raise the Red Lanterns is a film that works on a lot of levels: as a compelling narrative, an aesthetic spectacle, a historical snapshot, a feminist critique and a political statement. Its richness comes from the streamlined adaptation of author Su Tong’s book and Gong Li’s central performance, a delicate balancing act of suppressed emotions and sudden outbursts that reveal the psychological toll of concubine servitude without reducing her to mere ‘victim’ status. Though the loveless sexual duties are left off-screen, it can be little worse than the mistrust, jealousy and spite, the subtle but pervasive fear and the choking solitude and boredom that dominates the limited sphere of the mistresses’ lives. The risk of censorship means that the film is officially without agenda, but it’s no secret that it lends itself easily to comparisons with the dark side of China's recent history: the suffocating rigid hierarchy, the use of tradition as a form of control, the loss of both privacy and community in an environment where every friend can be an informer, the systemically encouraged competitiveness that directs aggression into in-fighting rather than rebellion.

But for all that the film is also a triumph of the visual arts. Acclaimed filmmaker Zhang Yimou’s strict architectural compositions and ruler-straight angles, not to mention the absence of any exterior shots beyond the compound, enforce the shackled atmosphere, and yet all the while he's also seducing us. The meticulous art direction, from silks to shingles, plunges the viewer into luxury and elegance that is hard not to admire (though some critics have accused Zhang of pandering to foreign demand for Orientalism). Red, a color already deeply associated with both China and Zhang personally (see his debut film, Red Sorghum) takes on a spectrum of meanings too plentiful to analyze here, but its sheer visual impact in the hands of his cinematographer is reason enough to see the film. 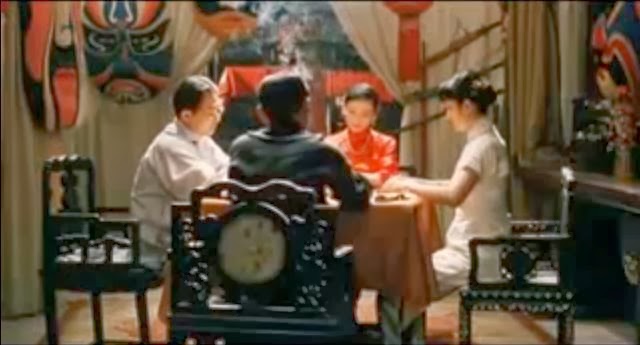 Zhang Yimou is easily China’s best-known director abroad, introducing the world to the so-called Chinese Fifth Generation: the first wave of filmmakers to emerge following the Cultural Revolution (other members include Chen Kaige and Tian Zhuangzhuang). However, since the turn-of-the-millennium The Sixth Generation, who tend to focus on gritty urban settings and contemporary issues like crime and globalization, have captured the spotlight. I considered Sixth Generation masterpieces like Jiang Wen’s ‘In the Heat of the Sun’ and ‘Devils on the Doorstep’ or any of several great films by the sly slow-cinema maverick Jia Zhangke for my review, but ultimately I came back to ‘Raise the Red Lanterns’. It is long overdue for a blu-ray release and a resurgence in popularity.