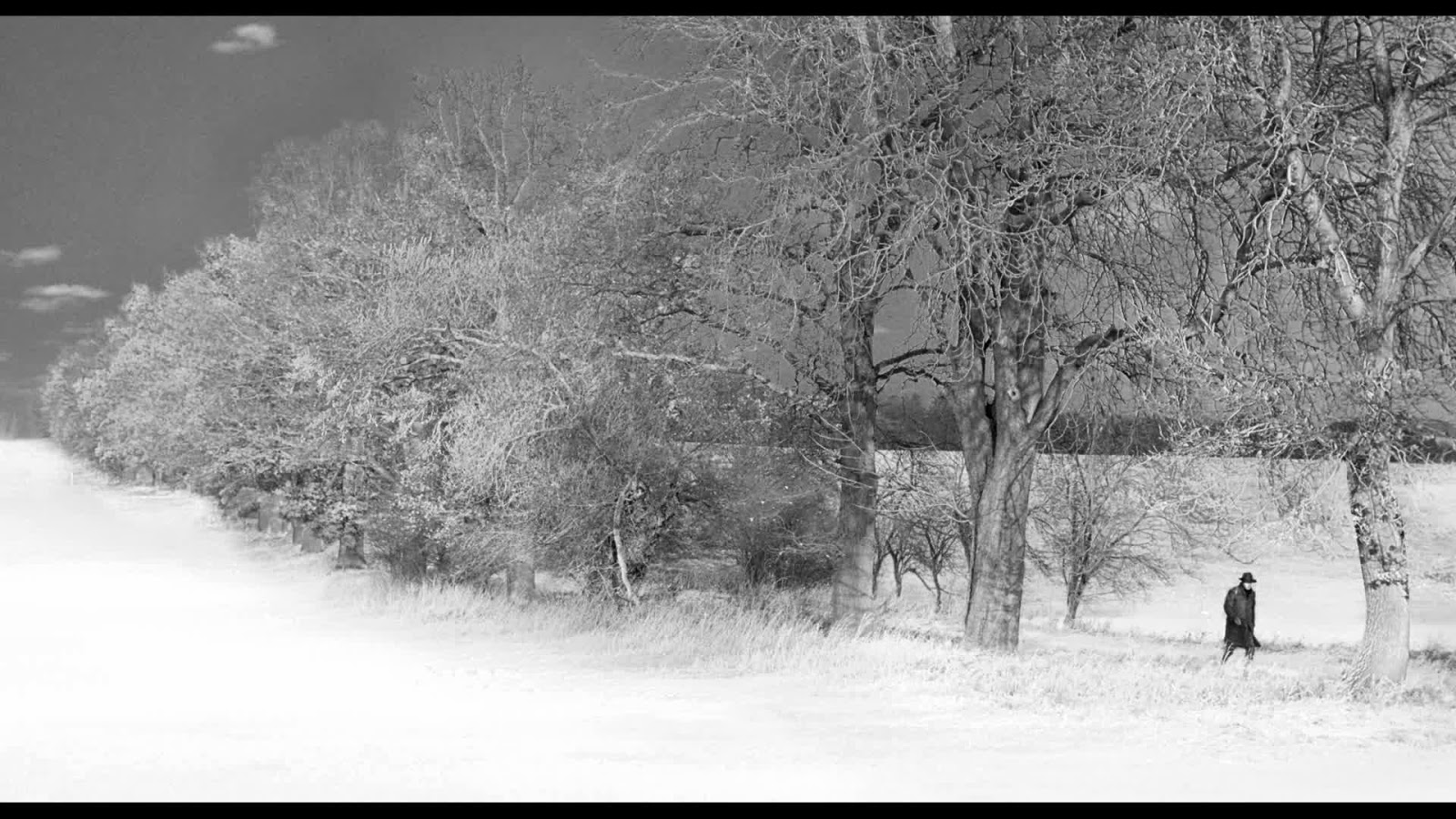 Country: Austria
Film: The White Ribbon / Das Weisse Band, Eine Deutsche Kindergerschichte (2009)
Set in a small rural village a spring before the outbreak of WWI, The White Ribbon is a sly, creepy black-and-white thriller about power, its abuse, and the hatred it reaps. The peasant farmers, servants and children of the town live in obedience and fear, literally ruled over by the landowner baron, Protestant pastor and small-time doctor who provide the region's economic, moral and intellectual authority. The pastor, especially, is strict to the point of cruelty, sparing least his own children. He uses white ribbons, sometimes literally binding them, as a symbol of the purity and innocence that they must always adhere to. But under the suffocating social hierarchy a monstrous rage is seething, never seen full-on, but glimpsed in the series of mysterious local crimes and in the eyes of the oppressed, hinting at a fulminating reaction, a vengeful corrosion, even within the 'pure and innocent.' 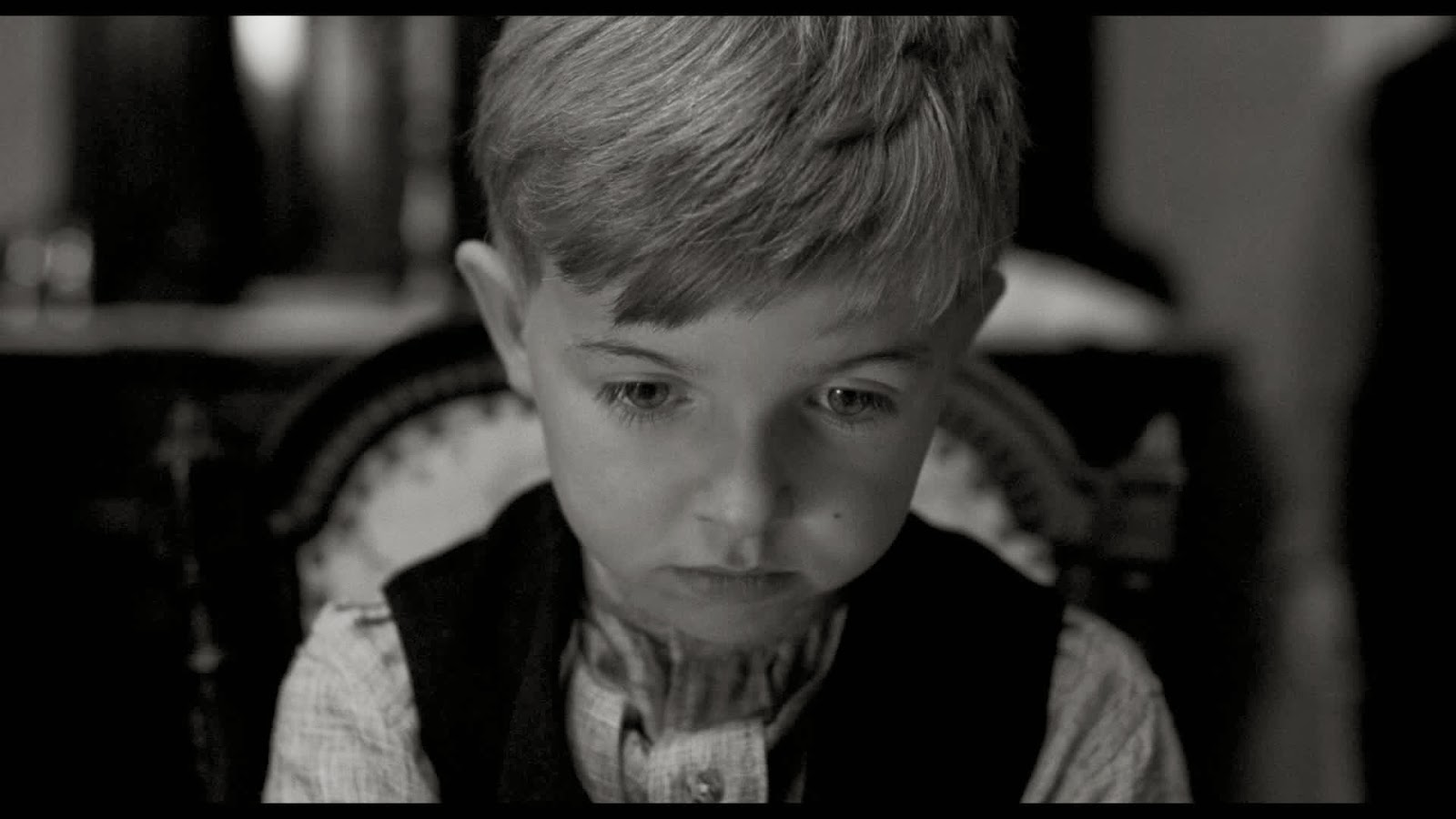 Director Michael Haneke has a reputation as a provocateur, reliably plunging into the darkest corners of human behavior to create disturbing, unpleasant nightmare scenarios. This film, like many of his previous ones, explores the nature of evil, but The White Ribbon distinguishes itself by clothing its modernity in mannered period trappings, eschewing clear cathartic conclusions and keeping its inner workings shrouded in beguiling layers of secrecy, forcing the viewer to approach its meaning indirectly and asking them to dwell on the questions that hang in the periphery; questions of power and victimhood, morality and hypocrisy. Many of the strange events that occur are terrible enough in themselves, but more important are the undercurrents, implications and legacies. 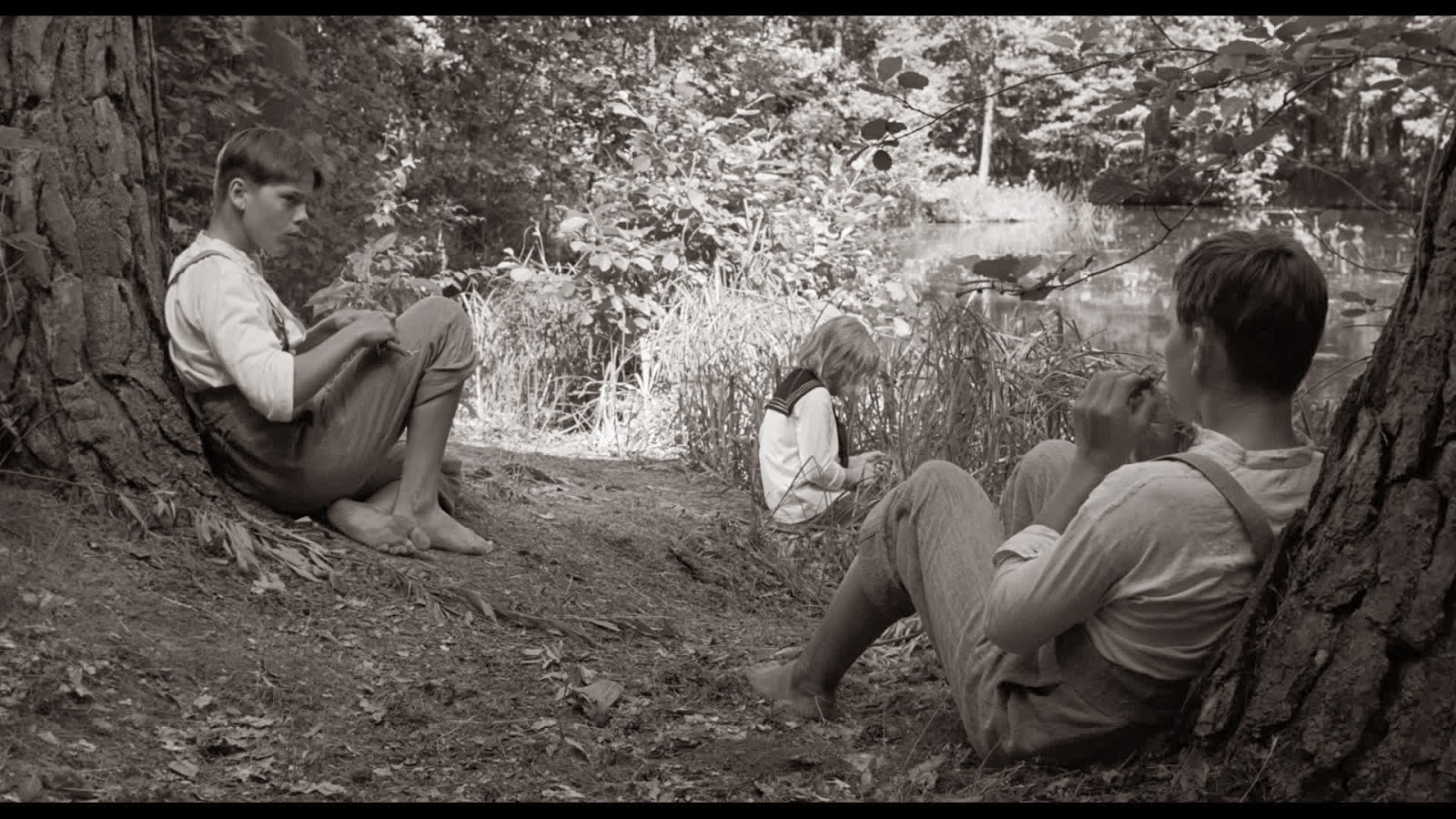 Though Haneke's cold dispassion is often alienating, he differs from other horror extremists (and make no mistake, this is a horror film albeit unconventional) in that he has thought long and hard about every detail of his works and wants you thinking also. In the darkness and ambiguity of his films are messages that are challenging and urgent even if, at time, they are almost unpalatable. For all that The White Ribbon is also a beautiful work marked by stunning, pristine cinematography. Its grace notes of wind rustling across ripening grain or a brook trickling through a dappled forest remind us of picturesque fairy tales and, likewise, only intensifies our nervous dread as we wait for the wolf or the witch or the troll to show itself. But Haneke knows better than to tip his hand. 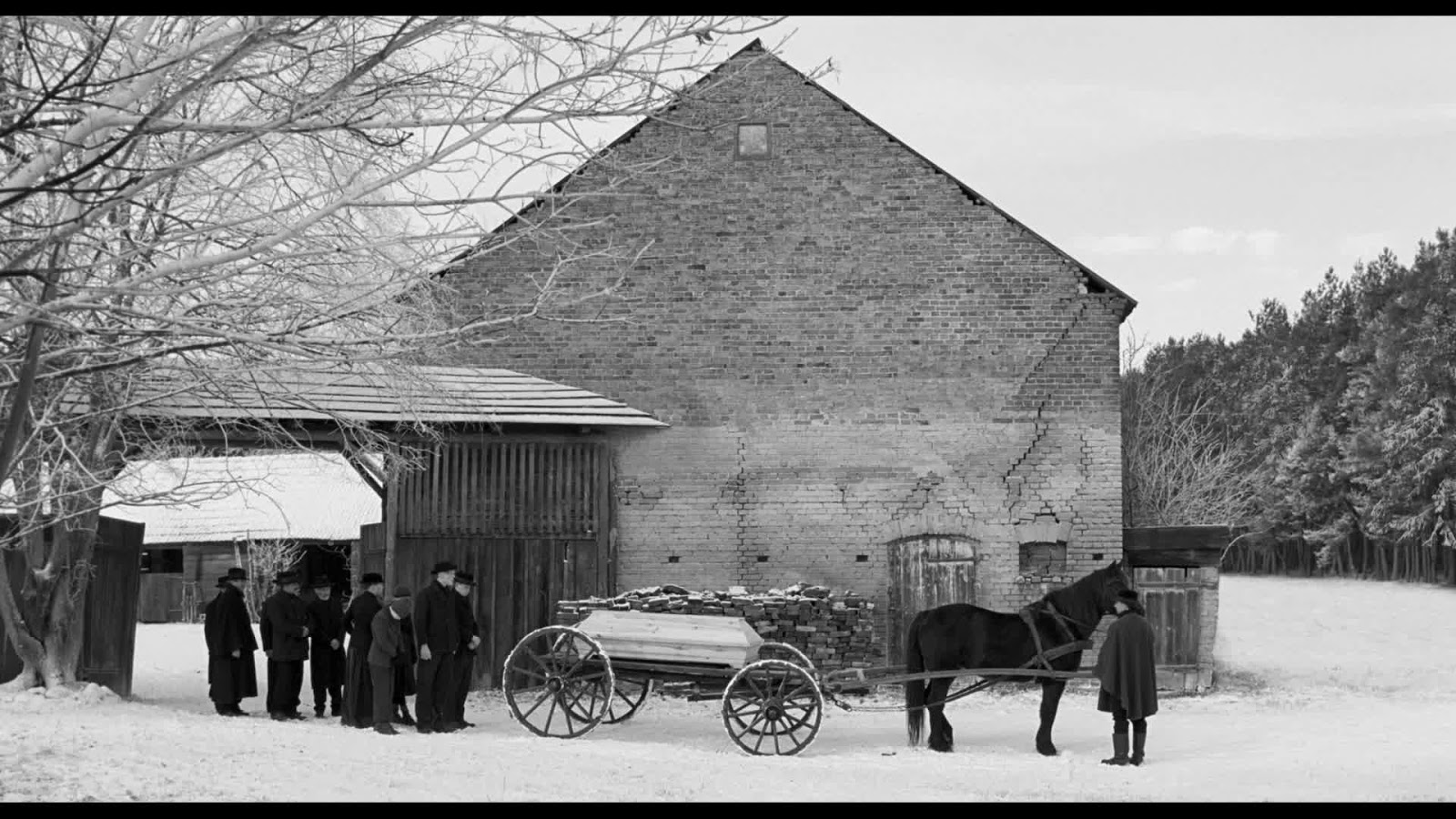 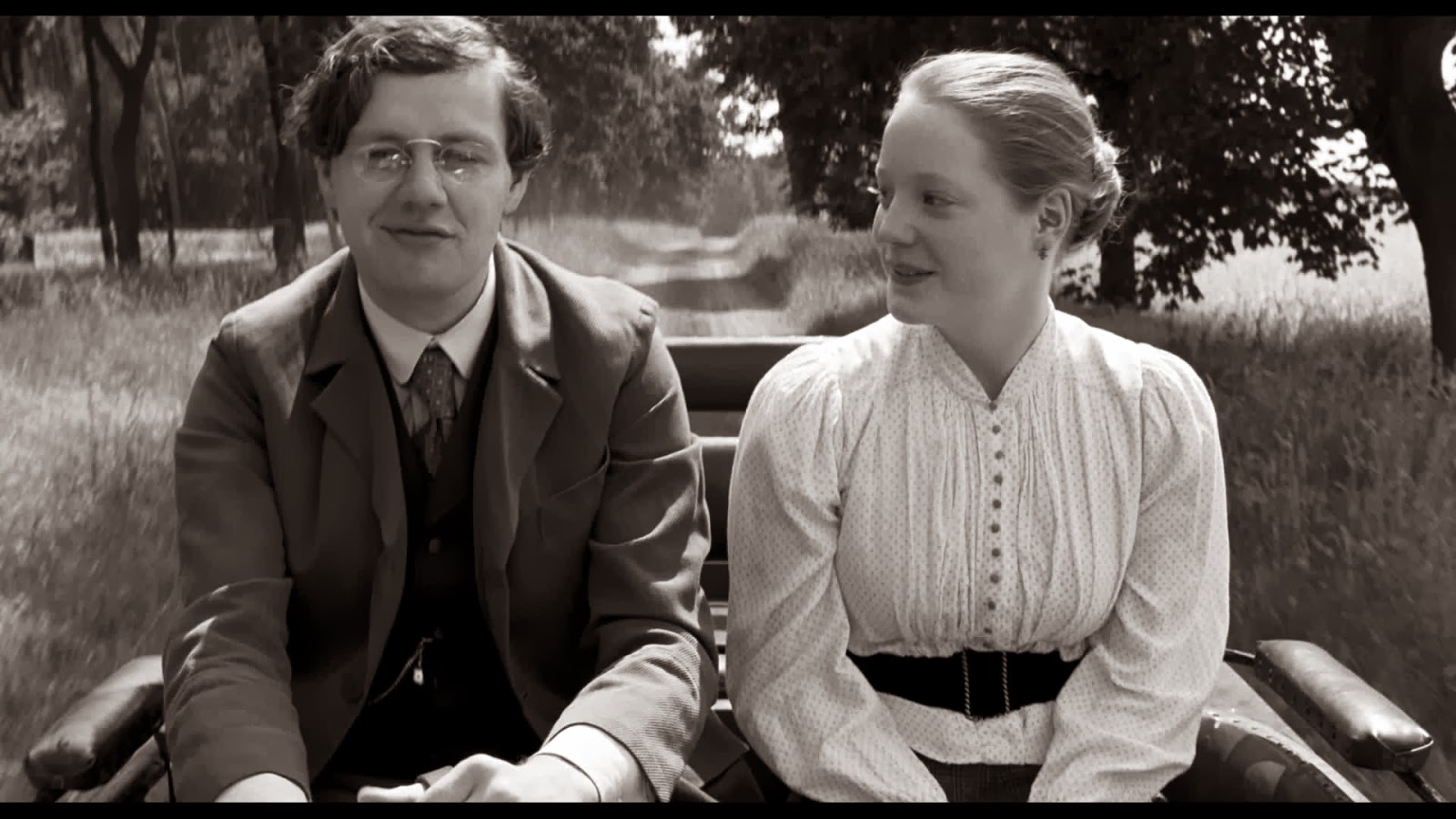