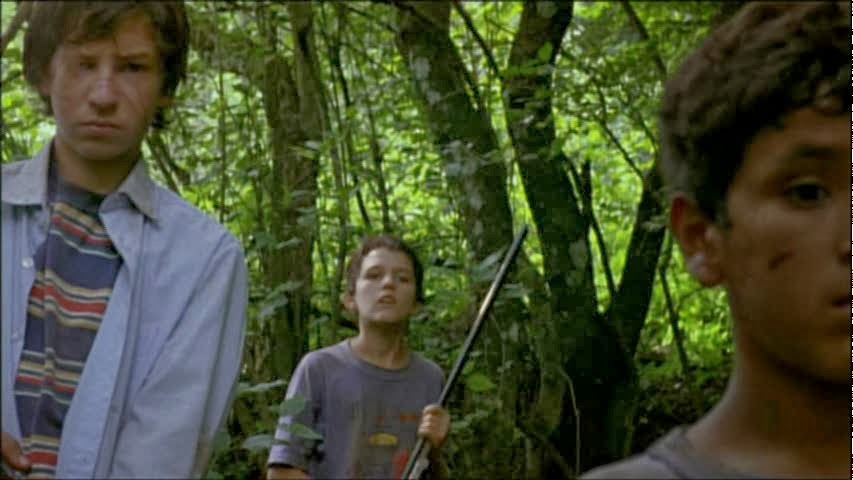 Country: Argentina
Film: The Swamp / La Cienaga (2001)
Dead leaves drift across a dirty pool. Ice rattles around a glass, one of dozens, none of them matching. The cries of bored children, the tide of insect song or a cloud crossing the sun intermittently wake the clan of sleeping middle-aged relatives who form an isthmus of mottled, sweaty flesh separating the overcrowded manor from the overgrown grounds. Either side might be the 'swamp' that the title refers to, but it also recalls the torpid denizens themselves, fermenting in their own unhealthy atmospheres of apathy, anxiety and alcohol. Mecha, the matriarch of sorts, has to be taken to the hospital after taking a tumble while in a drunken stupor. This triggers a makeshift family reunion, where the children, teens, adults and servants, all in their own worlds, linger about as though waiting for a revelation, a disaster or a vision. Or perhaps just a shopping trip to Bolivia.

Director Lucrecia Martel's first film (each one since has continued to win her deserved praise) is a beguiling masterpiece of family life in the form of a Latin American gothic. It's slow, but full to the brim, ridden with moments pregnant with internal and external meanings, some obvious, some half-buried, some relevant only in a brief flash. There is a sense of class consciousness, but nothing heavy handed. There is a unbearable foreboding unease that percolates out of the sound design. And yet the surface is calm. The parents drink and try to stay afloat, while we see hints of what they used to be and, far more vividly, the morass into which they're sliding. Martel is wise enough not to tip her hand; the mood is not quite condemnation, despair or revulsion. The camera observes, and at times it aches for them, feels their pain, especially for the souls just beginning to stir in the youngest children. There Martel has her greatest success, for few films capture the collective interactions of children with such honesty, revealing their chaos, confusion, spontaneity and inscrutability without giving them too little credit or too much. 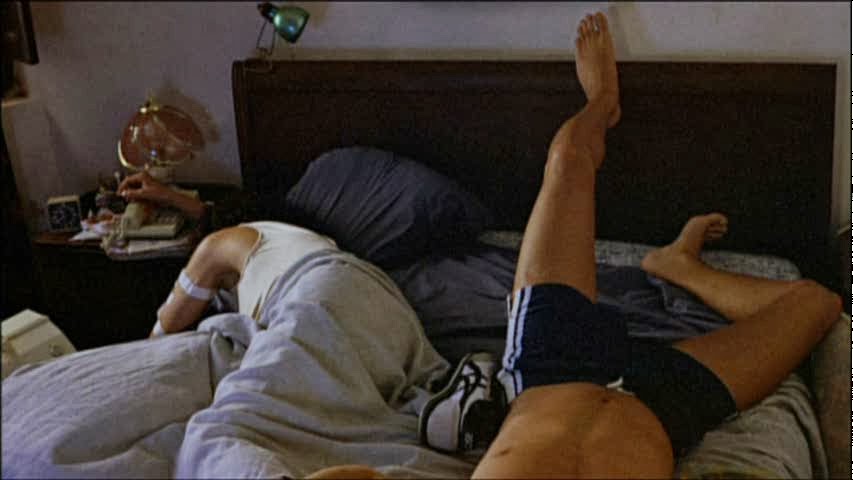 My Favorites:
The Swamp
The Official Story
Nine Queens
The Secret in the Their Eyes
The Custodian
The Holy Girl
The Aura
The Headless Woman
The Truce (1974)
A Place in the World

Congratulationson your project! I'll use it to discover new stuff.

In the meantime, being from Argentina, I can't help recommending the following:
-Other films by Adolfo Aristarain (A place in the world), such as Lugares comunes (Common places), Tiempo de revancha (Time for revenge) and Últimos días de la víctima (Last days of the victim).
-Films by Matias Piñeiro: Viola, Rosalinda, El hombre robado (The stolen man)
-Argentinian films by Uruguayan director Adrián Caetano, such as Un oso rojo (A red bear), Francia, and Bolivia.
-Finally, films from the so-called "classic golden age" of Argentinian cinema, where movies aspired to be as comercial and melodramatic as in Hollywood (modern moviegoers from here don't even know about them): Más allá del olvido (Beyond oblivion), No abras nunca esa puerta (Don't ever open that door), La cabalgata del circo (The ride of the circus), Rosaura a las diez (Rosaura at ten o'clock).

Thanks for the recommendations! Time for Revenge is actually next on my list and I hope to track down several others you've just mentioned. I felt bad that so much of my experience with Argentinian cinema is recent stuff; I'm just getting into the golden age and initially had some trouble tracking down copies.

Thanks again! And if you think of more titles, do let me know. What are you top 3?

"Common places" (Lugares comunes), "La ciénaga" (The swamp) and "La libertad" (Freedom) are what I consider the three best Argentinian film I've seen.
"La libertad"'s director also has some other great (somehow "slow") movies: "Los muertos" (The dead ones), "Fantasma" (Phantom), and "Liverpool" (which I haven't seen but I heard it's brilliant).
Other great directors include Leonardo Favio and Hugo del Carril (coincidentally, both were also actors and singers). The ones I've seen and reccomend from Favio are "El romance del Aniceto y la Francisca" (The romance of Aniceto and Francisca), "Aniceto" (which is a musical version of the previous one), "El dependiente" (The store clerk), and "Gatica el mono", and he also mande the famous "Soñar soñar" (Dream dream), "Juan Moreira", and "Nazareno Cruz y el lobo", among others. The ones I've seen and reccomend by Del Carril are "Más allá del olvido", "La Quintrala", "Las aguas bajan turbias" (Waters run dirty), "Surcos de sangre" (Blood tracks), "Las tierras blancas" (The white lands) and "Historia del 900" (A story of the 900s).