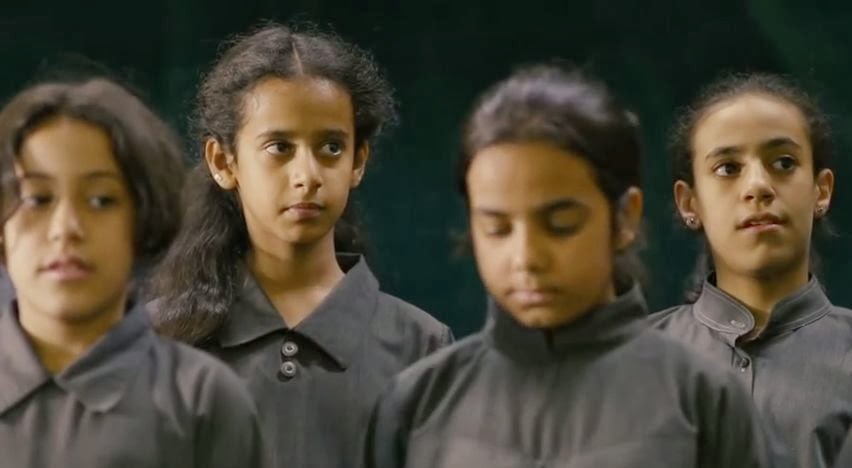 Country: Saudi Arabia
Title: Wadjda (2012)
Wadjda is the name of a young girl, an only child, living in Riyadh with her mother. Her father visits occasionally, but there's a great deal of domestic friction. His family would like a male heir and Wadjda’s mother can’t risk another childbirth, so the pressure is on to take a second wife. Since Wadjda's mother works at a women-only hospital at the end of a very long and tiresome commute, the girl has learned to be resourceful and independent. She braids soccer bracelets and compiles mix tapes to sell at school, raising money to buy a bicycle so that she can race against her best friend, Abdullah. At school she runs into difficulty with Ms. Hussa, her strict Islamic principal, who dislikes Wadjda’s tomboyish pursuits and religious laxity. But Wadjda figures out a way to kill two birds with one stone: win over Ms. Hussa and earn some serious money by joining the school’s Koran club and besting them in a competition spanning comprehension and recitation. Meanwhile, Abdullah comes over to hang lights on the roof for his uncle’s upcoming political campaign and begins teaching Wadjda how to cycle. The day of the tournament arrives, but little goes according to plan. 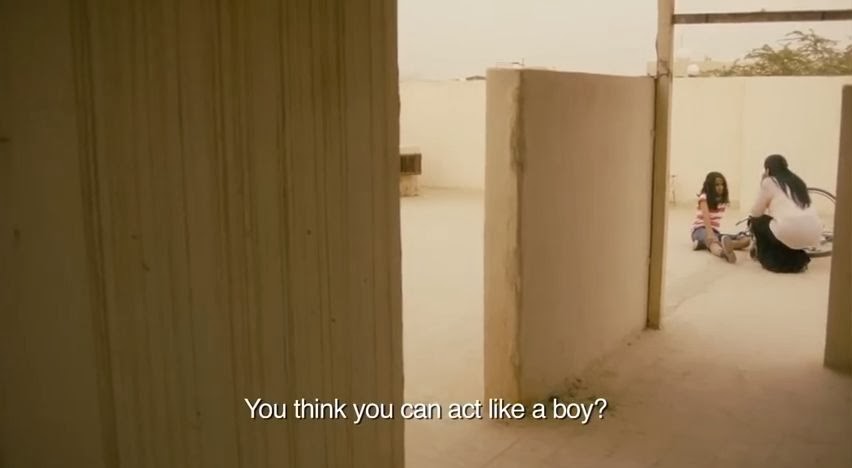 Waad Mohammed, as Wadjda, makes a compelling debut in the central role, and her performance pushes an already excellent film into greatness. Her intelligence and determination earn our respect while her rebellious spirit makes us complicit in her every minor crime (although many are not-so-minor in contemporary Saudi Arabia). The clash between her ebullient personality and her fundamentalist environment is riveting, frustrating and insightful. Director Haifaa al-Mansour, Saudi Arabia’s first female director, is careful to show that although Wadjda strains against her cultural and religious confines, this world is also her home. Her love-hate relationship with her homeland is a blasé fact of life; she knows how far to bend the rules and where to eke out entertainment. This lived-in realism is frequently invigorating and uplifting (perhaps more so than an outsider would expect), allowing the film to cultivate a complex emotional tone in which ups and downs are mixed in every facet of her life. Flashes of love, understanding and triumph take place in the personal sphere beneath the public surface where institutional oppression remains implacable. 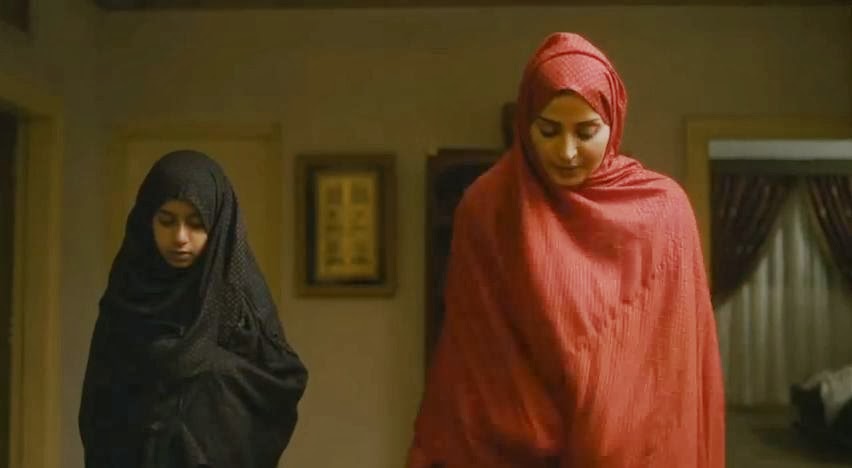 Wadjda takes a clearly feminist stance against the religious-state system in which women are not to be seen in public and rarely heard, have limited education and career opportunities, no political voice, and are expected to take exclusively subservient roles as wives and mothers. Al-Mansour handles this issue as part of Wadjda’s coming-of-age narrative. The viewer isn’t able to forget that women are treated as second-class citizens because it is impossible for Wadjda to forget. It trickles into every aspect of her life: when a male construction crew is on a nearby roof her class can’t play outside, she can only sneak peeks at a next-door political rally, to travel around town she must ask Abdullah to accompany her, her father’s family tree doesn’t bother to include the women, etc. But what’s especially rare for a movie with such a vocal message is that the opposition is not portrayed as one-dimensional villains. Even Ms. Hussa is human (we get hints that she may be overcompensating for her own feelings of suffocation), and although I find Wadjda’s father despicably weak, his love for his daughter feels genuine. The film’s real bad guys are faceless: the predominantly unseen but ubiquitously felt status quo of patriarchy, dogma and repression. Wadjda and her mother (their relationship being the film’s other strong point) have little choice but to endure as best they can, and to treasure even small victories. 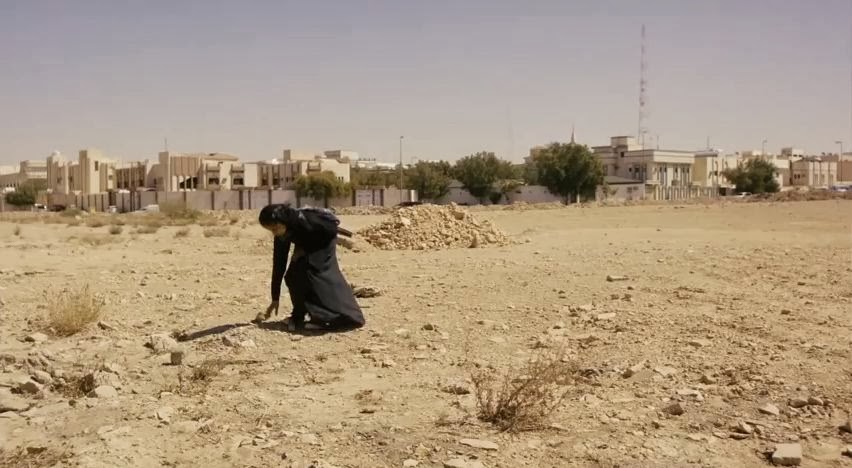