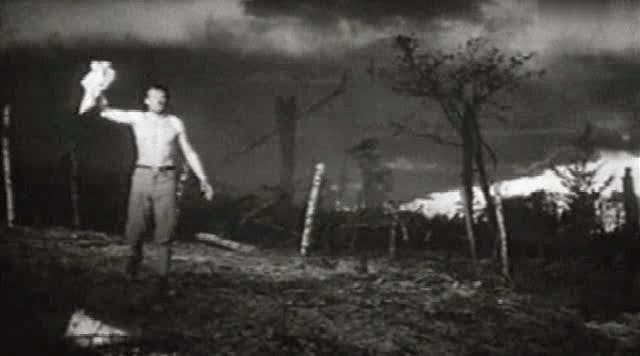 Country: Romania
Film: Forest of the Hanged / Padurea spânzuratilor (1965)
Forest of the Hanged follows a group of disparate East European soldiers serving the Austro-Hungarian army in WWI. We are introduced to Apostol Bologa (Victor Rebengiuc, who reminds one of Anthony Perkins with a hint of Peter O'Toole) at dusk on a muddy hillside where a Czech deserter named Svoboda will be hanged. Bologa ruled against Svoboda and supervises over the hasty, ill-organized death sentence. A Romanian forced to fight against his own people, Bologa is already racked with guilt and his nerves further deteriorate over the following days. He and his officer friend Klapka (a coward played by director Liviu Ciulei) become fixated on a powerful searchlight that the enemy uses to harass them and which his artillery unit is mysteriously unable to hit. Despite its negligible military value,  Bologa leads a suicidal assault that neutralizes the target and he is briefly declared a hero. 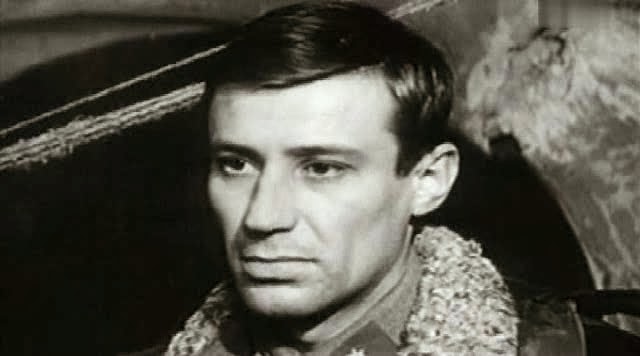 However his victor's request to be transferred to another front so that he doesn't have to kill his Romanian brethren is interpreted as treason. Outside the commandant's house, he is criticized by Muller, a pacifist, who points out that Bologa is trying to cheat his conscience: killing men of any nationality is a sin. Bologa plans to desert that night, but his side leads a charge where he is injured and sent on leave to recuperate. He returns home but finds himself unable to reintegrate into the carefree world of his father and fiancé. Back at the front he proposes to Ilona, a peasant girl (mistaking his longing for innocence and purity as love) only to be asked to oversee another trial: 12 farmers, including Ilona's father, who dared to plow their fields in the combat zone. Bologa, knowing that the graves are being dug in advance of the verdict, makes a final decision to flee. 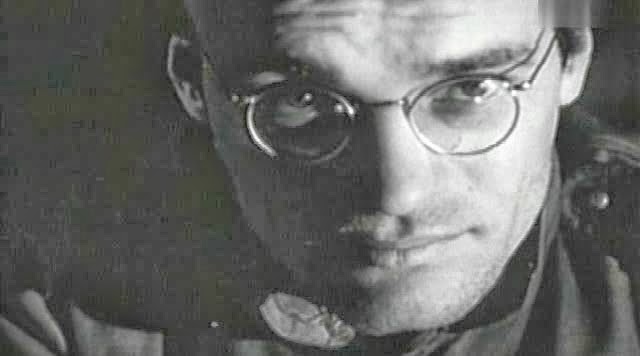 In the entire 158 minutes of Forest of the Hanged we never see an enemy soldier or anything that feels like a battle. Liviu Rebreanu, author of the 1922 source novel, is concerned not with combat and logistics, but with psychology and, as Bologa puts it, the "moral impossibility" of war. The invincible searchlight is established as a vivid metaphor for Bologa's guilty conscience, but destroying it only temporary drowns out the guilt without resolving anything. Klapka initially defends the beam, "There is so much darkness that every light is welcome," but the fear that his own cowardice will be exposed soon expresses itself as hatred for the light as well. The only ones willing to face the truth head-on are a Polish doctor (when an Austrian complains that the men have been spoiling dinner by talking of the execution for a full three hours, he points out that humanity has been talking about the execution of Christ for centuries) and Muller (who quarters in an antique carriage behind a tannery, obscured by mountains of boots and curtains of belts). Both of them die. Muller, in one of the film's many interwoven subplots, is taken on a 'patrol' (actually a hush-hush execution) by an old man who agrees to the assassination in exchange for his son being withdrawn from combat. 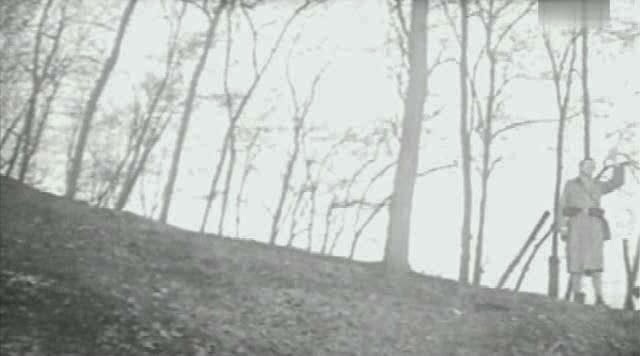 In addition to being an incredible treatise on wartime compromise, sin and guilt, Forest of the Hanged is also a masterpiece of cinematography. The opening hanging alone could fill a chapter-length study. Ciulei makes even his long takes restless and jumpy, choreographing elaborate camera movements that sweep, pivot, zoom, crane and reframe as if desperately trying to understand this miscarriage of justice. Edits fling us absurdly far out from the action and then throw us abruptly back in: near the crowd, the accused, the executioner, until it is all mixed up. Svoboda barely murmurs a word, but in his face is everything: confusion, fear, disbelief, resignation. Behind him is the dying sun, later resurrected as the searchlight. And even before all this there's the shot introducing Bologa (when we've no idea he will be the main character) approaching the godforsaken gallows from a distance and framed, for a foreshadowing moment, by the empty noose. 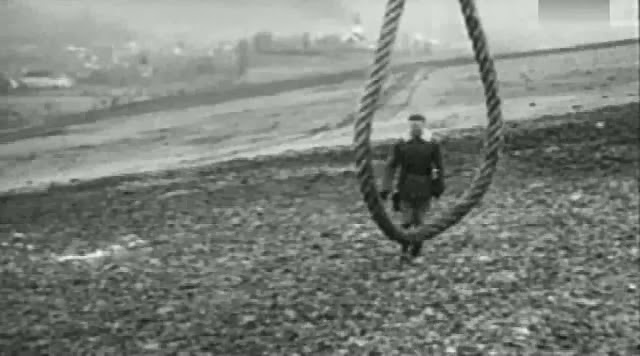 My Favorites:
Forest of the Hanged
The Death of Mr. Lazarescu
Then I Sentenced Them All to Death
4 Months 3 Weeks 2 Days
Tuesday After Christmas
Stone Wedding
Hooked
Child's Pose 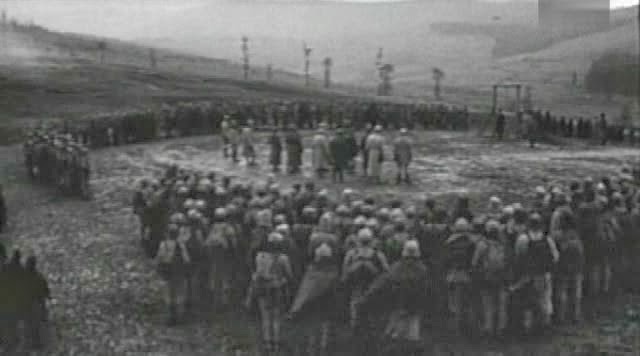