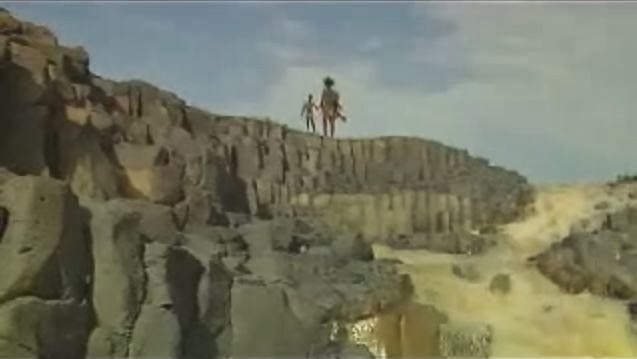 Country: Nigeria
Title: Sitanda (2006)
Sitanda opens with Amanzee leaving his wife, Ann, to get soaked by the rain while he walks indoors umbrella in hand. Amanzee has been fired from his job and blames this and all of his misfortunes on having married an “outcast.” After being cruelly humiliated Ann she takes refuge at her parent’s home, but they chastise her for only visiting when she has a problem. She soon reconciles with her ill father and he tells her the history behind how their family got labeled as outcasts. It all happened when their ancestor, Sitanda, was kidnapped by a rival tribe and forced into slavery. The ensuing flashback occupies most of the runtime, involving us in the romance of Sitanda and a slavegirl named Sermu. Political intrigue, hardships, a music and dance number and a fight scene or two must be endured before the climax, where Sitanda discovers he is actually the rightful prince but gives up his royalty to marry Sermu, thus becomes an outcast. In the present day, Amanzee talks with his best friend, who gives him some sage advice about taking responsibility. The couple realizes that love is something that must be worked at and preserved and they tearfully reunite. 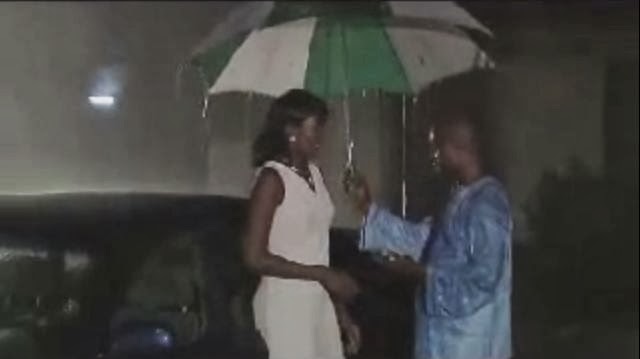 Nollywood, the Nigerian film industry, was essentially nonexistent in 1990. By 2000 they were churning out several thousand films a year, more than any other country except India. Nollywood movies mix genre and soap conventions with contemporary African issues to create extremely popular direct-to-video films for the West African market. They are not known for their quality, especially in terms of production values: the shooting schedule is often under a week, with poor-to-absent sound design and lighting, few retakes and scripts that recycle perennial crime and romance plots. Despite this, their grassroots energy and socially-aware regionalism lends them an appeal that distinguishes them from glossy Hollywood productions. 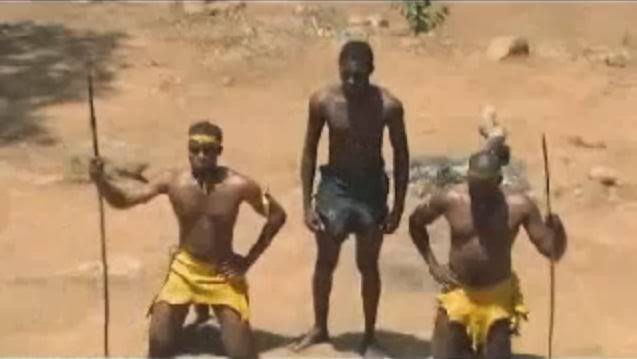 I was initially planning to dodge the whole Nollywood experience and choose a 'serious' Nigerian film designed for international consumption, but that would've been cheating. Part of the problem was that I knew it would take a while to find a Nollywood film that I could, in good conscience, recommend. Sitanda still suffers from the typical low-production hazards (terrible sound balancing, under-lit night scenes, plenty of stilted or overwrought amateurs in the supporting cast, the same obnoxious stock noise to indicate every minor surprise), but it's on a higher technical level than most. The set designs, location scouting, story structuring and shot variety are especially notable. More importantly, the plot-heavy script actually worked for me. It tackles a wealth of themes underpinned by sensible character motivations, juggles two stories across vastly disparate time periods and genres, manages to sell both a legendary and contemporary romance and finishes strong with a catchy theme song to cap it off. There are still some head-scratchers, though, like Sitanda telling Sermu his name and explaining that it means “greatness” only to have her respond with a shake of the head and embarrassed smile when, in the next scene, her best friend ask her, “Do you even know his name?” Oh well. Nollywood icon Izu Ojukwu isn’t about to break out onto the international stage, but he brings a great deal more artistic ambition to the directing chair than his peers and his formidable talent under makeshift conditions shines through. 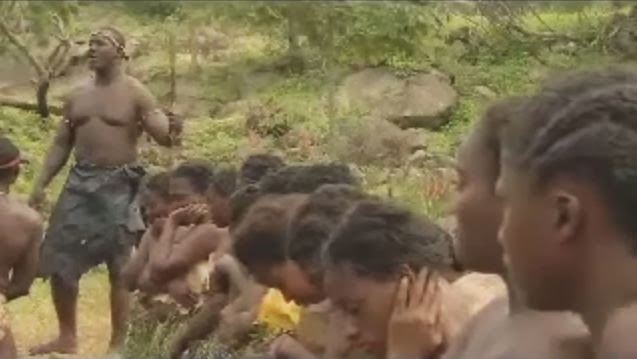