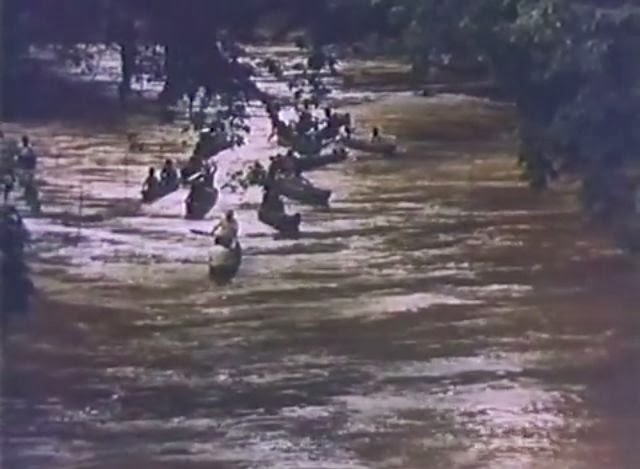 Country: Peru
Title: The Green Wall / La Muralla Verde (1970)
The Green Wall opens with a collage of images, too disparate to make initial sense. Men burn dried brush. Hands heft and knead a mass of dough. Carved toys stand watch over a water wheel. An urban janitor sweeps a pavilion. A couple (soon we will know them as Mario and Delba) make love under mosquito netting. It will all eventually resolve into a story, but The Green Wall is about immersing you in pure sound and image (my screenshots don't do it proper justice). Even the title, which refers to Mario’s sensation when first entering the jungle, is an indirection; a simple visualization of a deeper concept. The narrative falls into place non-linearly, with certain scenes, postures or compositions linking us into flashbacks, as if they remind the director that he forgot to show you footage shot years earlier.

Mario was a suit-and-tie office worker in Lima who, contrary to the prevailing trend, gave up his job and apartment and built a farm in the jungle. His young pregnant wife Delba, despite her initial trepidation, soon came to enjoy the peace and quiet of their idyllic plot. In the present day Mario leaves for the city to argue over land claims issues (we learn that this is only one visit in a long succession) on the same day that Peru's president is arriving to give a self-congratulatory speech on agriculture and economy. Meanwhile Romulo, Mario and Delba’s highly-introspective son, enjoys the sun, a nearby stream and the rich ringing sound of metal on glass. It does not seem like an unusual day. 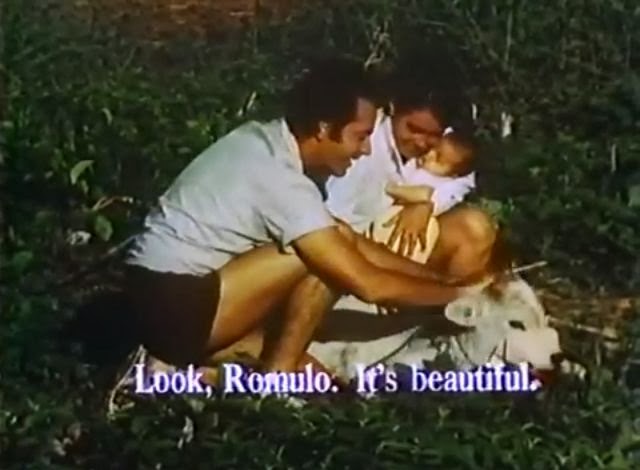 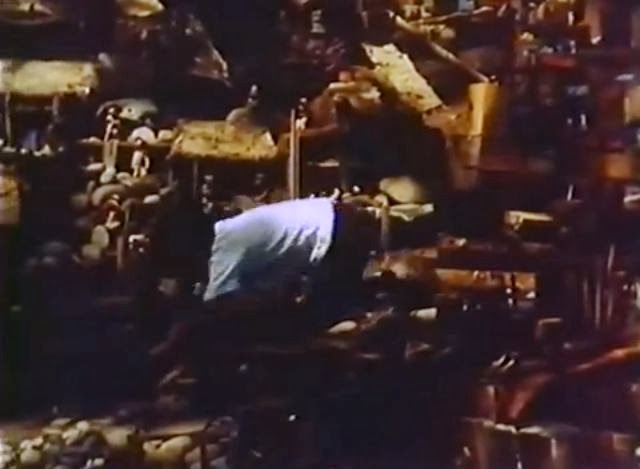 I can think of few films which tell a story so well through images. The dialog here is few and far between. Simple sentences. Simple sentiments. Perhaps partly it’s that director Armando Robles Godoy has chosen a story that is so lovely and so, literally, down-to-earth. There is quite a bit of drama towards the end, and one of the most perfectly-crafted and cynicism-free indictments of bureaucracy I’ve ever seen, but I would have liked The Green Wall almost as well even without drama or message. I don’t want to give the impression that the film is boring or austere. It’s not. It’s alive, organic and refreshing; a walk through the forest for those who’ve been cooped up too long indoors. The cinematography and editing are playful, unexpected and mesmerizing; smart without being overly intellectual. Nothing is lazy. It never falls back on genre or art house clichés. The composition of shots (my favorite being a dozen canoes seen drifting down through branches as though they were hanging fruit) and the arrangement of them have been thought through with care and an artist’s eye.

The Green Wall is wide awake to the pleasures, the dangers of the jungle and capable of bringing characters to life with quick invisible strokes. We see Mario’s quixotic determination, his quick-tempered frustration, his surprisingly gentle side. We see Delba’s bravery and vulnerability, her romantic yet rebellious loyalty, her pride in family and their shared competence. We see Romulo’s nebulous daydreaming, his intent yet casual curiosity, and the differences in how he responds to each parent. This is how you show whole lifetimes by depicting a single day. 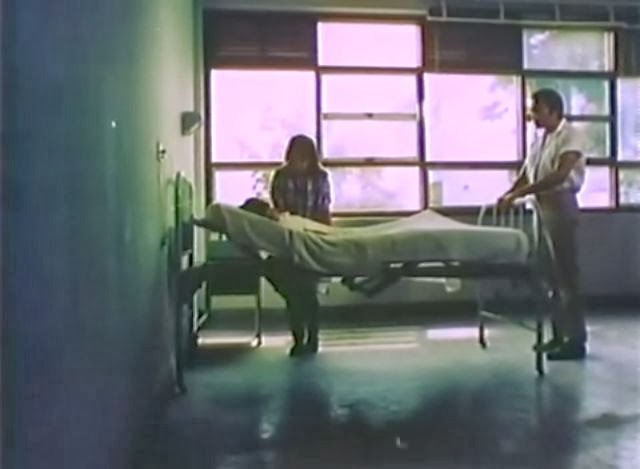 My Favorites:
The Green Wall
The Milk of Sorrow
The City and the Dogs
Mirage (1972) 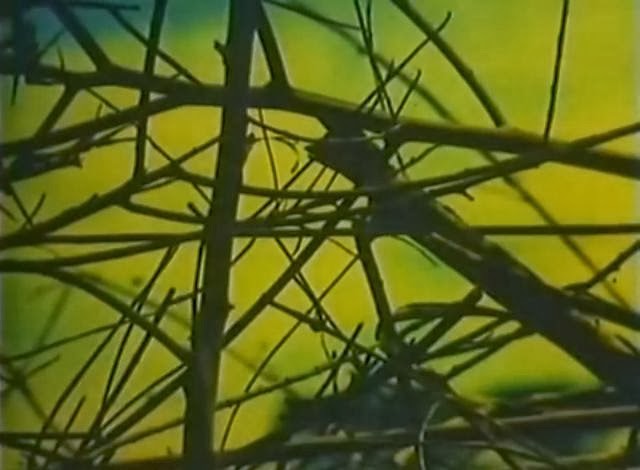