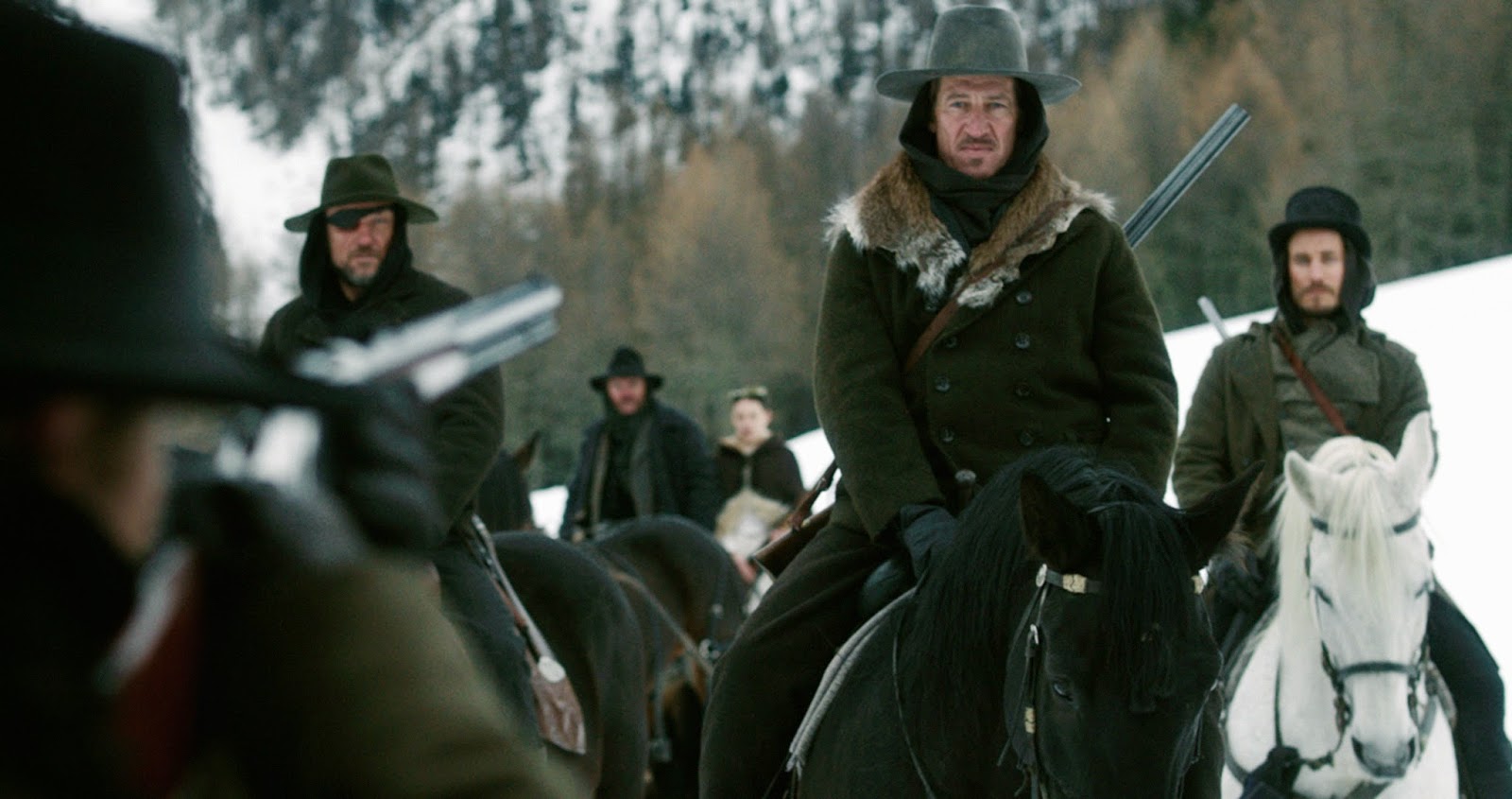 Title: The Dark Valley
Country: Austria
Score: 8
Black-clad figures on horseback silhouetted against alpine snow. A taciturn stranger, calling himself Greider, arrives in a remote Austrian village that squirms restlessly under the thumbs of the six brutish Brenner boys. Greider is here, so it seems, to take some photographs. His camera, like a Winchester repeater that he stows in secret, is a novelty on this frozen fringe. But Greider’s real purpose, sealed away inside but almost oozing from his eyes, is revenge. Some men are going to die.
The Dark Valley is a western that would drip with atmosphere if it wasn’t too cold for dripping. It has an immediate lived-in look and feel, albeit a time and place we wouldn’t want to live in, look at or touch. None of the timber is machine sawn. The dark, heavy and dirty clothes are hand-made and utilitarian. The snow isn’t fake; the actors (led by a mesmerizing Sam Riley) are clearly freezing their asses off.
This is a film of raw elements: water, wood, stone. Man, horse, gun. Even the characters are stripped to their essence, sans psychological complexity or explicit dialog. There are some florid touches in the edgy soundtrack and the arguably injudicious use of slow-motion, but mostly the film succeeds on its lean ferocity.
The first half of Dark Valley is a patient exercise in mounting tension. Then the tension is released, in an inevitably violent bloodbath. There is a scene where the villagers are sending fresh lumber down the mountain, after the first snow has caked the flumes with ice that has a palpable sense of cold and danger and death. The shotgun blasts and swinging fists of the climax, well-choreographed as they are, just don’t have the same subtlety. But another might just as easily feel the other way around. This is a film with a lot to like in it and a must-see for fans of revisionist westerns.
Posted by FilmWalrus at 11:00 AM