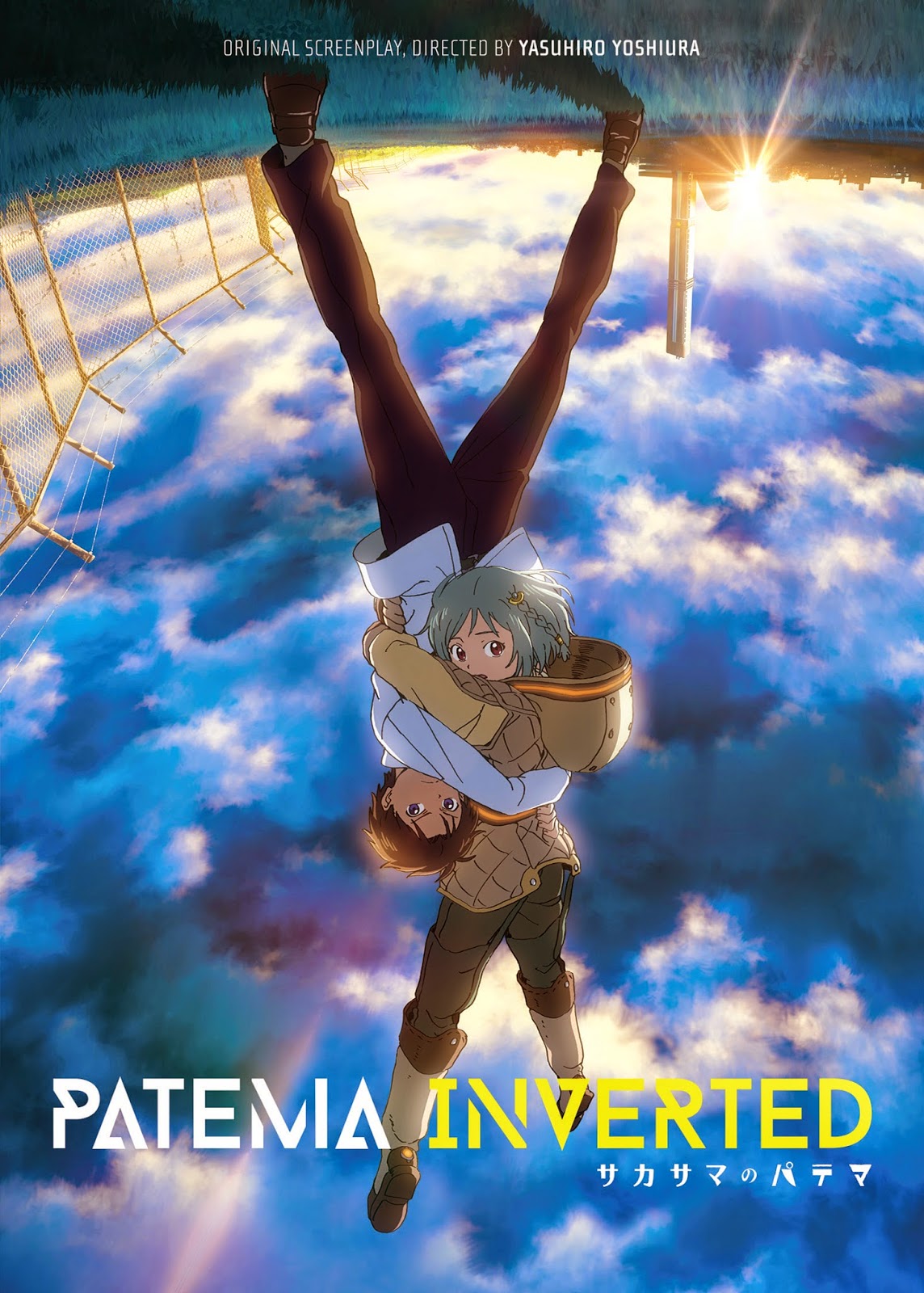 Title: Patema Inverted
Country: Japan
Rating: 7.5
Super Mario Galaxy, Gravity (2013), Interstellar (2014). These days it seems like everybody is attracted to gravity. Patema Inverted has its own twist on the popular fundamental force: Patema comes from a clan that lives underground where all the people and objects are pulled upward by gravity. She meets Age, a boy from the surface where people and objects are pulled downward by gravity. The two team up to fight Age’s oppressive government and end up discovering strange new places and long buried secrets about their world’s past.
Patema continues an anime tradition of having strong young female leads exploring a fantasy/sci-fi world and overcoming an evil threat to their community, and while that specific formula isn’t new, it’s one that has survived a lot of worthwhile variations. Director Yasuhiro Yoshiura (Pale Caccoon, Time of Eve) doesn’t waste his gravity gimmick here, and the film does a fantastic job working through the ups and downs of opposing forces.
The visuals really sell some of the ideas that would otherwise be pretty hard to convey: the terrifying fear of falling into the sky, how to interact with someone or something with a different ‘gravity persuasion’ than your own, the new possibilities in terms of fighting in or navigating through an environment designed in another direction, the difficulty of capturing someone you can’t hold down.
I really loved the way that all the characters in Patema insist on using terms like top, bottom, floor, ceiling, upside-down, invert, etc., from their own perspective. There is no ‘correct’ or ‘established’ gravity. Even the camera is democratic about which way is up, a move that is smart for a lot of reasons, not least because of the delight one finds in seeing familiar objects in unfamiliar ways.
Whether intentional or not, deciding to translate a ‘person with non-locally-standard gravity’ as ‘invert’ also means the movie is open to a very welcome pro-LGBT interpretation, but I won’t belabor that point.
Patema didn’t knock my socks off, but it does characters, story and art well. I would only have suggested changing or entirely removing the villain. This one is ludicrous, lacking in sound motives and leaned on overtly as a crutch to move the story forward. In actually he only holds the movie back.
Posted by FilmWalrus at 11:00 AM

I don't want to go into detail about the story, because giving details will take away from just watching it. Just know that if you like mind-bending stories, you should check it out!