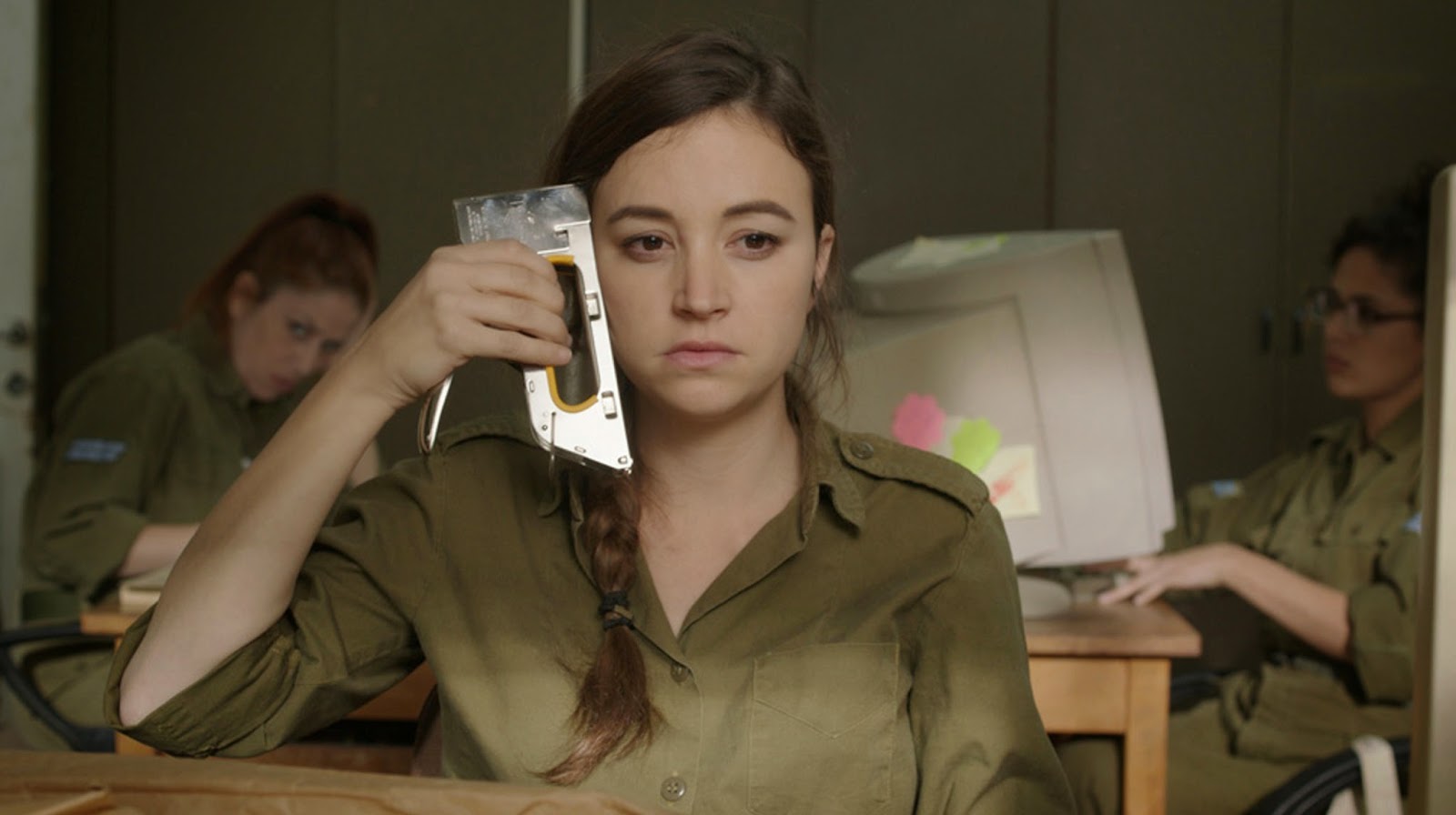 Title: Zero Motivation
Country: Israel
Rating: 8.5
Comedy is pretty hard to judge. I hardly ever see comedies in theaters because what the big US studios consider funny these days just doesn’t get a laugh out of me. I don’t think of myself as a grumpy person, though, just a picky one. That said, Zero Motivation cracked me up!
A group of young women serving their mandatory military service in the IDF, kill time in admin positions at an obscure and strategically minor dessert outpost during peacetime. They compete for ‘world records’ in MS minesweeper, intermittently shred miscellaneous documents and jealously guard their most valuable possession: twin staple guns. The film is divided into several acts following Daffi, who is so desperate to transfer to Tel Aviv that she may even endure officer’s training, Zohar, a natural rebel and unhappy virgin who manages to destroy everything in her wake without ever feeling at fault, and their commanding officer Rama, a highly-driven authoritative workaholic with plenty of conviction and almost no charisma.
This is smart, character-driven comedy with excellent timing, a brisk cycle of realism and absurdity and the boredom-born wisdom to recognize that drudgery and whimsicality are very near neighbors. It’s also a movie that genuinely cares for its characters, even the ones who it uses as the butt of jokes, while never giving them a free pass or excusing their bad behavior and poor judgment. Anyone who has every worked in an office environment, especially one cutoff from common sense by layers of calcified bureaucracy, will find moments of recognition and laughter.
Posted by FilmWalrus at 11:00 AM