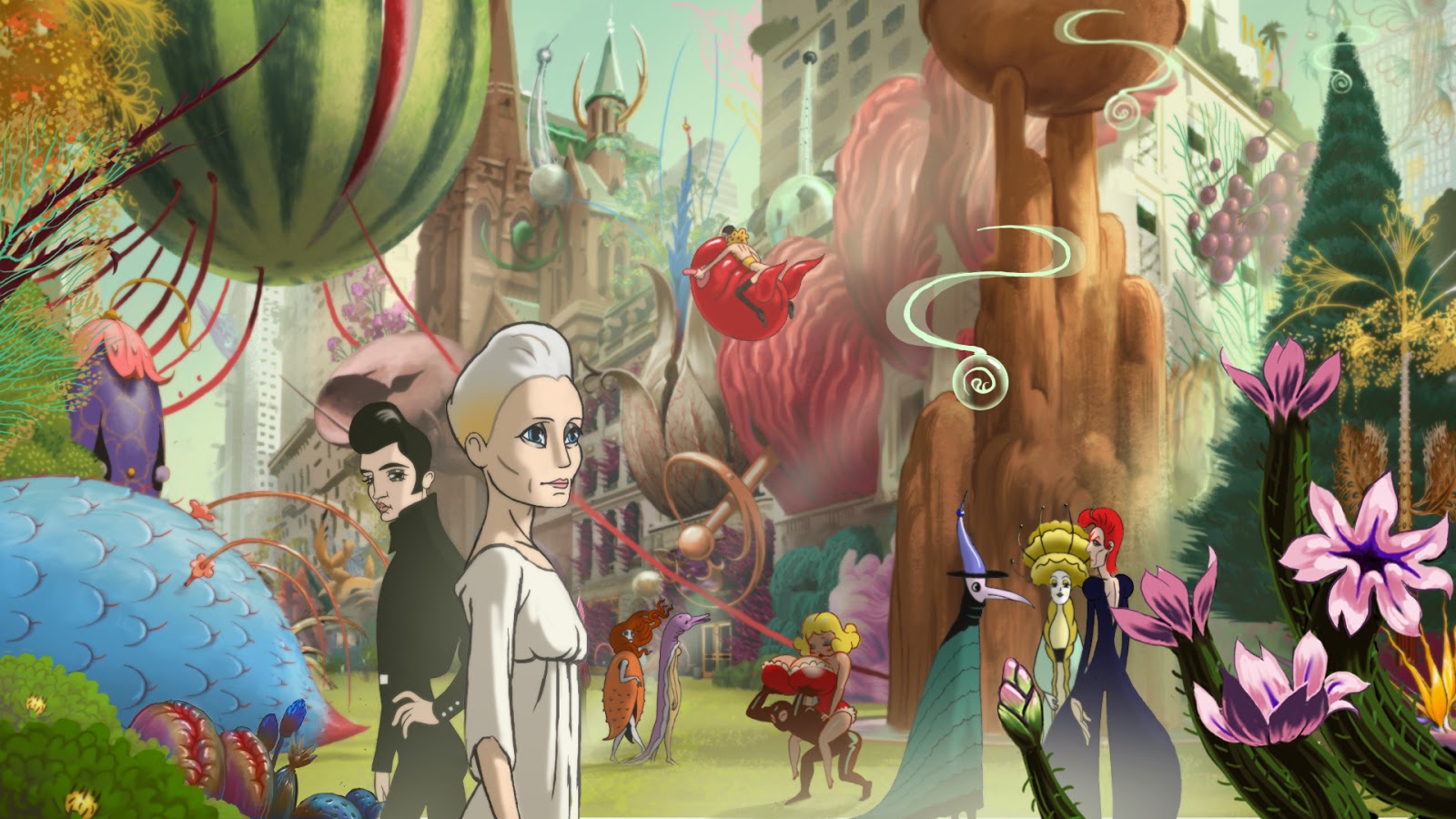 Title: The Congress
Country: USA
Score: 2.5
Actress Robin Wright (of Princess Bride and Forrest Gump fame) plays a near-future version of herself. Out of work and worried about her son’s narratively-convenient illness, she considers an offer (from the painfully on the nose ‘Miramount’ studio) to have herself digitized so that a computer likeness of her can star in endless crappy blockbusters. After initially demurring she takes the plunge and for the next hour plus the movie switches from live action to animation. Fast forward a few decades and we find Robin on her way to the titular congress, in a bustling world of the mind where she will preach clumsily about the sins of media and commodification before a riot or a revolution or something breaks out. Then she gets rescued by a slubby animator and they fall in love and get executed and fly around in fantasy land with angel wings and talk in forlorn voices about how lost humanity is and then go looking for her son because she’s a good mother and that what they do. It is rather hard to follow and generally even harder to care.
I’m a self-avowed fan of excessively ambitious SF failures (witnesses can testify that I’ve defended Interstellar, Southland Tales and Waterworld to name a few), but The Congress is so many drafts away from working that I wonder how production even got approved to begin. There are tons of ideas, many of them interesting, none of them fully baked. The acting is served up with generous portions of ham, all the more intolerably because these people should know better: Harvey Keitel, Danny Huston, Paul Giamatti, Jon Hamm. (Robin Wright, in her defense, is the least bad.) Only the animation has sparks of creative genius, but the futuristic world-building is ceaselessly undermined by the screenplays bitter finger-wagging at Hollywood studio crudeness, celebrity worship, corporate fascism, audience pleasure-seeking, virtual worlds replacing reality and other typical technology fears that you can probably guess.
The director seems unaware that telling a good story can make these themes clear without literally having an authorial mouthpiece present them in a speech. Nor is there any sense that societal, cultural and technological change is complicated enough to have both positive and negative results. Instead we get a film that tiresomely points out how we are obsessed with celebrities, but which is itself jam-pack will ill-fitting celebrities. And we are force fed a lot of bad art ranting about how studios put out so much bad art.
Go see Ari Folman’s previous “Waltz with Bashir” (I even wrote about it here), and pretend this shrill satire didn’t happen. Folman has demonstrated that he’s good with material that is close to his heart and his own experience, but this big, loud, fuzzy dust bunny of ideas does nothing but ruin a perfectly decent Stanislaw Lem novel and a handful of reputations.
Posted by FilmWalrus at 5:30 PM