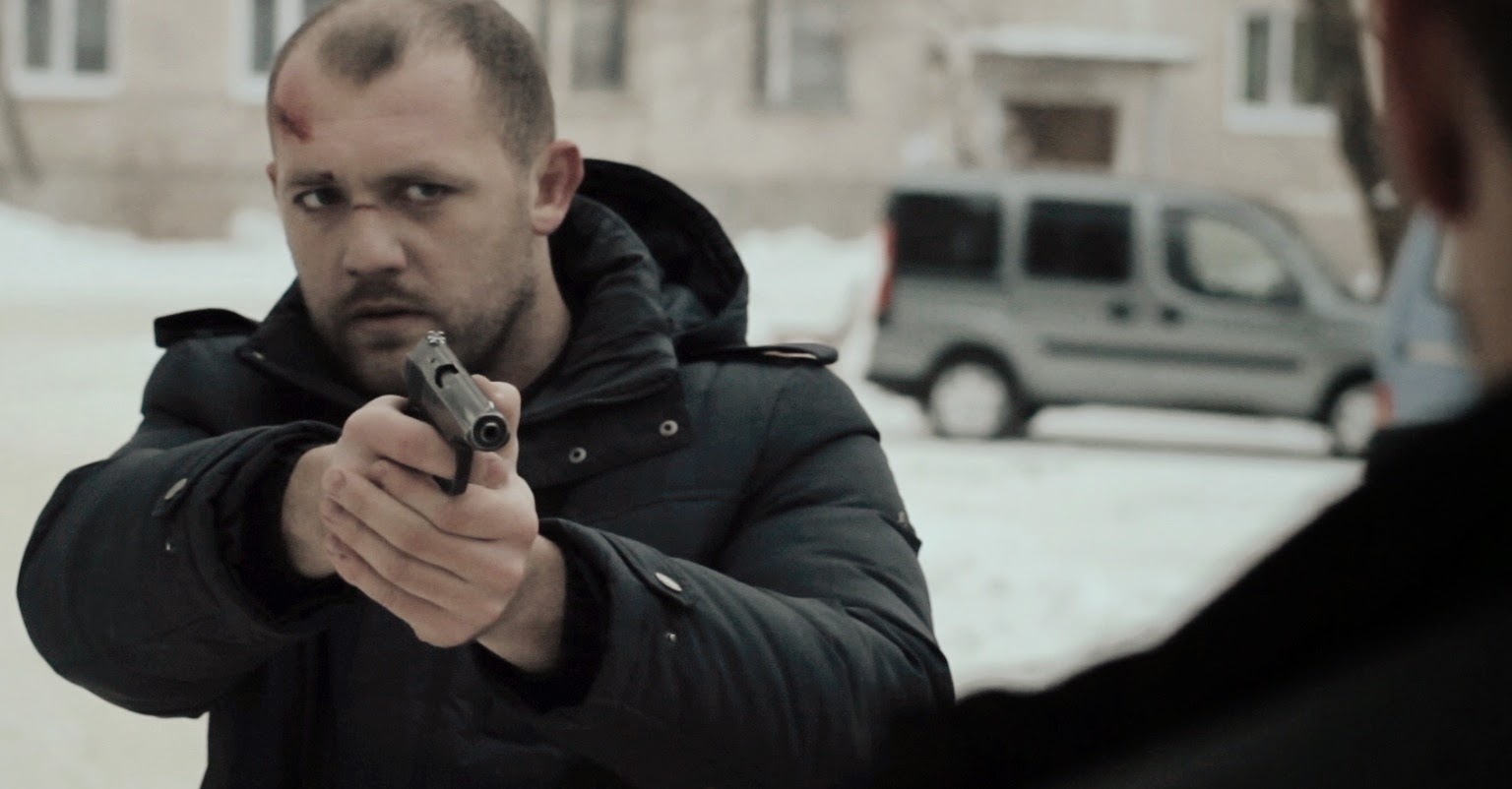 Title: The Major
Country: Russia
Rating: 5.5
Police commander Sergei Sobolev gets the call that his wife is in labor and rushes through the winter streets to the hospital weaving in and out of traffic. He spins out of control, both literally and figuratively, at a remote bus stop, killing a young boy in front of his mother. Horrified more by the legal consequences for himself than about the magnitude of the mother’s loss, he calls in his pals on the force and arranged to cover up the crime. The parents don’t take this sitting down and a fellow officer ends up dead in a tense police station standoff.
[Spoiler paragraph] Sergei repents of his crime, rather tardily, after realizing that his partner, Pavel (played by the director Yuri Bykov, who gives the film’s standout performance), plans to kill the mother before she can testify against them. He becomes her unlikely rescuer as the two try to lay low until Internal Affairs can arrive. But Pavel won’t leave them alone, and gives Sergei a terrible choice: either the woman dies, or his wife does.
The Major is a cop movie with a lot more on its mind than most. While a lot of cop movies deal with police corruption, few start with the hero being so unsympathetically corrupt himself. This makes Sergei rather fascinating, but it also makes his later conversion rather implausible, even inexplicable. The more the moral high ground shifted around, the more the story intrigued me, but the character’s psychology escaped me. A found the ending to be powerful, but strangely unconvincing.
What The Major could probably use is a lot more talking and a lot less shouting. Characters express themselves in brooding silences and sudden outbursts rather than in conversations. Cop movies have taught me that this is just the way cops are, both in the US and apparently in Russia, but I could have used something more humanizing.
I’m probably unfairly lukewarm about The Major because I saw the far more audacious ex-Soviet corruption expose drama The Tribe a few days earlier (review coming soon!), and by comparison the former is pretty tame and conventional. But still, there is some good material here and a willingness to tweak the established cop movie formulas in a meaningful way.
Posted by FilmWalrus at 11:00 AM