Title: The Tribe
Country: Ukraine
Score: 8
Sergey is a new student at a boarding school that looks like it gets about as much government funding as an empty lot with a city park sign. Paint peels off the walls. Kids are packed 2-4 to a dorm room. The wood shop looks like a factory floor for exploiting child labor. And exploiting is definitely the right word, given what goes on at this place. The alpha males of this student ‘tribe’ bully whoever they please, sell drugs, mug locals and prostitute female classmates at a seedy truck stop nearby. It gradually and rather matter-of-factly becomes clear that the staff are in on, if not all of this, then at least the worst of it.
Sergey initially takes his lumps, but earns a measure of respect from the upperclassmen and is entrusted by them with various gang tasks. After one of the pimps is killed, in a scene of expertly choreographed anticipation that is excruciatingly hard to watch (although far from the hardest), Sergey is promoted. He soon falls in love – although I use this word in the broadest possible sense – with Yana, one of the girls. She doesn’t exactly reciprocate his emotional attachment, but she’s seems grateful for sex she can actually enjoy. But since this isn’t the fantasy land of most onscreen romances, the relationship just brings down trouble on everyone’s heads. Appealing to a higher authority for justice is clearly not even a thought that would cross Sergey’s mind, since corruption extends in every conceivable direction that he could take. He has no other option then to take matters into his own hands. 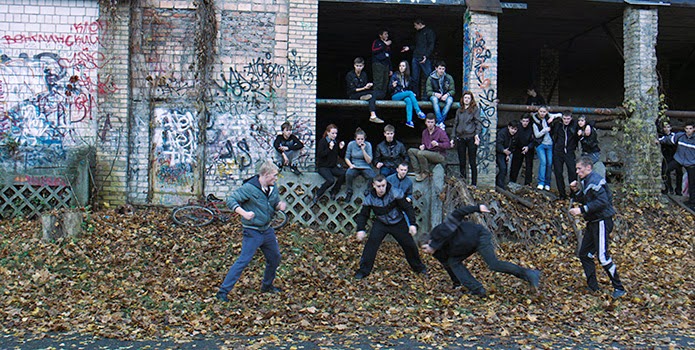 I’m giving you the plot first, but the plot isn’t what has the festival circuit abuzz over this film. Most reviews lead with this: all the characters are deaf. They speak exclusively in sign language. There is no dialog. There are no subtitles. There is no translation.
One possible theory as to why is that most deaf audience members have to watch movies in this state all the time: lacking complete information; trying to piece together what is happening from body language and context. You will quickly figure out how, or you better leave the theater. And if you are squeamish, you probably might want to leave the theater anyway, because this is a very grim, unpleasant movie. But it is saying a lot about marginalized vulnerable communities, about youths coming of age in neglected corners, about living in a cutthroat society and an unstable country. And even the deaf, especially the deaf, will want to hear what The Tribe is saying.
The intimidatingly hard to pronounce Myroslav Slaboshpytskiy is also a master of his craft, employing long-take mobile camerawork well-suited to his strutting, ruthless material. As I hinted at above, the locations are also spot-on: wretched cubbyholes of post-Soviet pitted concrete and tarnished metal.
This is easily the most disturbing fiction film I’ve seen this year, but the fact that I can’t get it out of my head isn’t because it bombarded me with senseless shocks and grotesquery. It has gotten into my head and under my skin in the way that provocative cinema should. This may be a film I’m able to like more as I get a little distance from it. 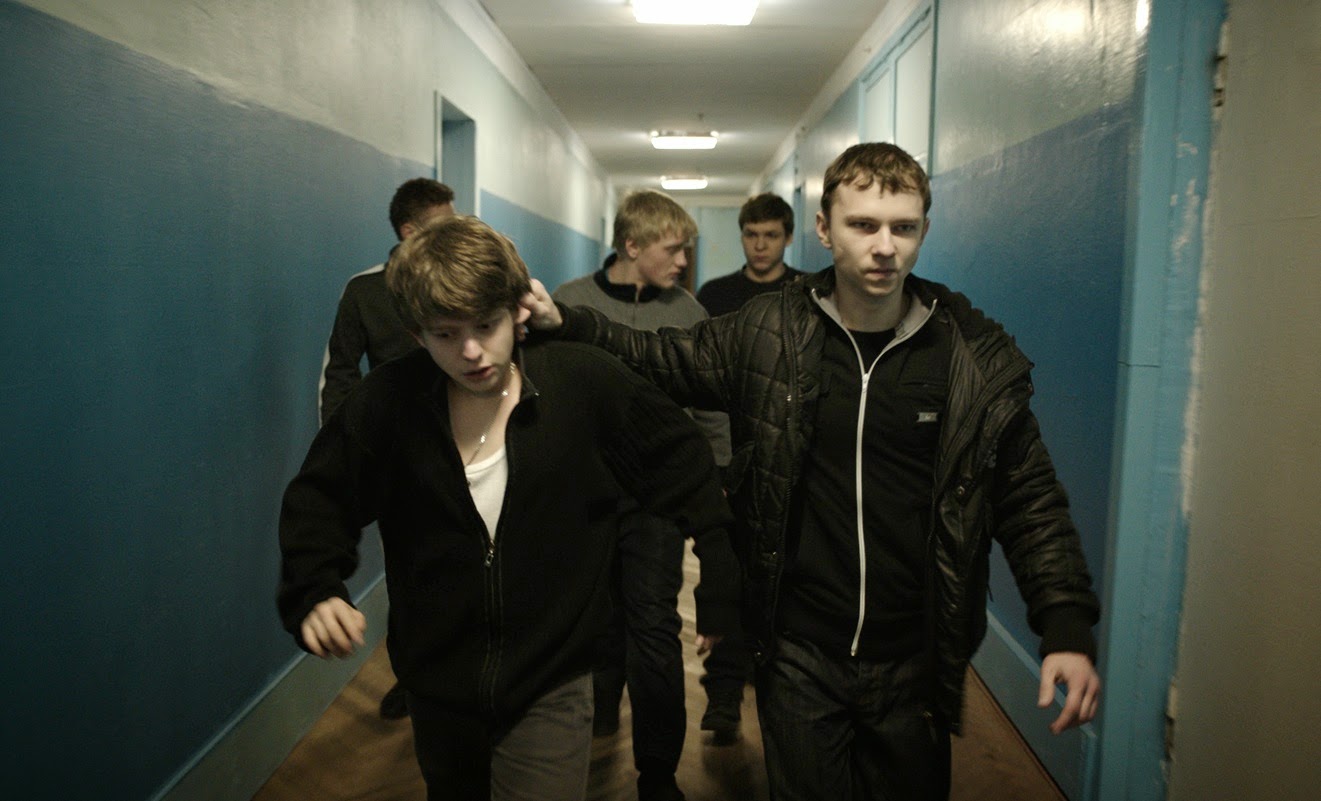