Director Dario Argento followed up his cult success with 1977’s “Suspiria” (still perhaps his best-known film for better or worse) with the semi-sequel “Inferno” (1978). Like, “Suspiria,” the follow-up is not actually a giallo, but a supernatural thriller about an evil female power. The switch allows for an extremely expressive lighting palette and plenty of special effects while still providing a series of perplexing demises in cruel and unusual circumstances. 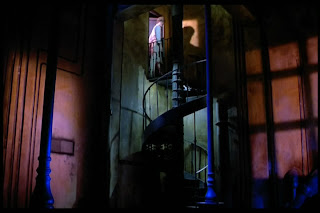 “Inferno’s” protagonist is Mark Elliot (Leigh McCloskey) although it is difficult to tell since about half the film focuses on his sister Rose (Irene Miracle, looking a lot like a young Sarah Michelle Gellar if you squint your eyes) and girlfriend Sara (Eleonora Giorgi). The trio become involved with the last known work of Italian architect Varelli, who built three haunting abodes for a set of primal witches (“Suspira” centers on the oldest witch). 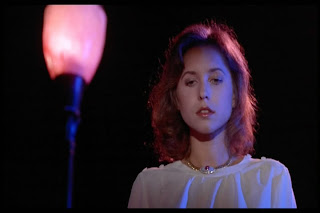 Much like “Suspiria,” the plot to “Inferno” is just a skeleton upon which to hang the real meat: stunning visuals and brutal deaths. While Argento seems to have learned his lesson from “Suspiria” and reduced the amount of talking and limpid character development attempted on the earlier feature, his plotting gets lost far more often. It takes more than half an hour for the story to start to cohere, yet as soon as it gets interesting it starts to fall apart at the seams. One beautifully shot river-side killing is visually compelling, but lacks any motivation or explanation whatsoever. In another instance, a scroll by Varelli magically appears exactly inside a hole that Mark digs and is completely redundant for the plot. Argento treats his supernatural powers as blanket excuses to setup any scene he wants. 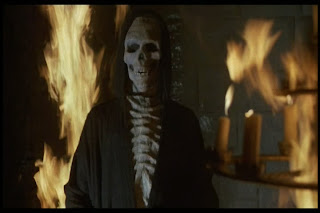 That being said, “Inferno” exudes a creepy atmosphere and polished visual confidence almost unrivaled within his own work. The lighting and set design show a clear Maria Bava influence, so it isn’t surprising to learn that he provided the special effects (his last cinematic contribution before his death) and that his son, Lamberto Bava, was the first assistant director. 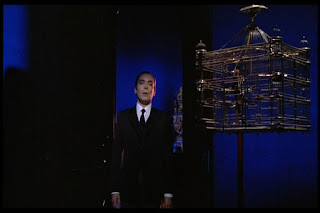 The lighting uses red and blue bulbs hidden outside the frame to cast conflicting, vivid hues over dark angled surfaces. Occasionally yellow and green are used to provide stark or sickly highlights. Though the film takes place in almost perpetual darkness, it is the blue and red glows that remain in memory. 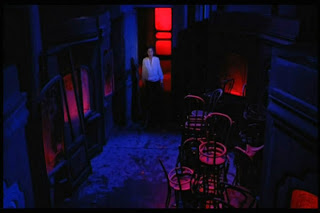 The set design also adopts polar opposites, alternating between decrepit locals dense with dust and accumulated junk and opulent buildings with crisp Baroque architecture. Standout set pieces include an alchemy lab full of brewing liquids and a cellar with a pit leading to a fully-furnished underwater room. 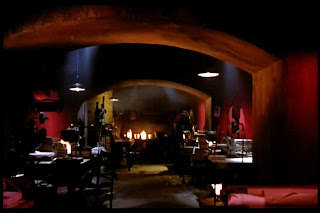 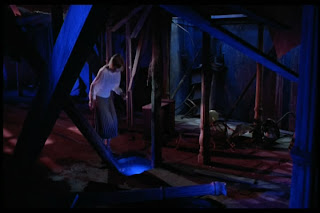 Several creative death sequences keep fans happy, with pretty much the entire cast dead by the end of the picture. One involves a barrage of hell-bent cats (it is humorously obvious that handlers are throwing the cats on a stunt double from just off-screen) that tear apart their victim. The evil felines (who look deceptively clean, well-fed and cute) get their comeuppance in a way that couldn’t have pleased cat-lovers or the humane society.

The music is composed by Keith Emerson, who later did some of his best work for Michele Soavi’s “The Church” (1989). The heavy use of synthesizers on various original and classical arrangements has me a bit torn. Some tracks impress by virtue of the sheer attention-grabbing weirdness, but others feel out of place. Since Mark is a musicology major, a great deal of classical orchestral music is used and these tend to fit better. Unfortunately, some are played so loud as to disrupt the atmosphere and unbalance the overall sound design. 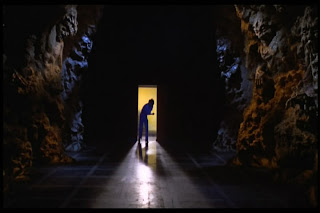 Ultimately, “Inferno” delivers more of everything that made “Suspiria” a success. It lacks the inspired Goblin score and has a looser narrative thread, but has even more excitement and energy. The visual overkill is a real treat and reason enough to watch the film.
Walrus Rating: 8.0

“Suspiria” and “Inferno” were always meant to be part of a trilogy known as “The Three Mothers,” but Argento dropped the series for more than 25 years, only recently returning to film “The Third Mother” (2007). Despite pre-production difficulties and rumors ranging from casting Sienna Miller in the lead to distributer Madusa Films editing out the excessive violence, the film finished this month (April 2007) and will hopefully hit theaters soon. The story follows an American art restorer who accidently reawakens the Mother of Tears, the most beautiful of the three evil witches. The film stars Argento’s daughter, Asia Argento (who also appeared in “Stendhal Syndrome”), Daria Nicolai (his wife), cult actor Udo Kier and Argento staple Carolina Cataldi-Tassoni. 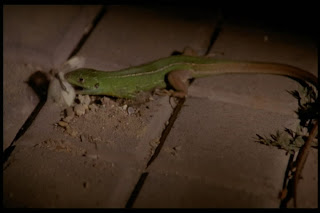 Posted by FilmWalrus at 2:01 AM