Review of Enron: The Smartest Guys in the Room 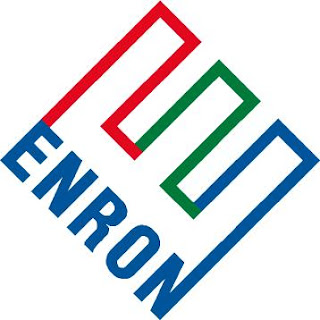 Documentaries can be a really tricky topic for reviewing and I take an approach that is surprisingly rare. “Enron: The Smartest Guys in the Room” (2005) is a good example. Everyone who isn’t me seems to love it: 110 out of 113 critics on Rotten Tomatoes gave it positive scores and of the few non-critic people who saw it and rated it on IMDB, my 4/10 is the lowest score. I’m usually the type of guy who tries to promote documentaries and can occasionally be heard to grumble about how no one sees them anymore. So why the discrepancy?

“Enron: TSGR” has a lot going for it. The book by the same title was very successful, some of the key players in breaking the Enron story are involved and the subject matter comes pre-sold with public interest and outrage. The director, Alex Gibney, scores interviews with a wide variety of perspectives, from reporters to financial analysts and from former company traders to lawyers who knew such major players as Kenneth Lay, Jeffrey Skilling and Andrew Fastow. To me, one the film’s best attributes is its ability to clearly and chronologically explain exactly what Enron had done and how they’d gotten away with it.

However, the documentary is also missing quite a lot, including objectivity, analysis, scope, insight and craft. It banks heavily on the easy emotional responses most viewers already have towards the incident. Many aspects of the film are so poorly handled that I think critics might have been rating the film based on how much they agreed with its message, as opposed to how effectively and professionally the message was delivered.

Firstly, the structure of the film falls quickly into a deep rut it never escapes. The vast majority of the film consists of zooming towards still images from magazines and staring at talking heads, some of whom seem to add very little to what we’ve already been told. While it is admittedly difficult to make documentaries visually interesting, the attempt by “Eron: TSGR” are simply degrading. Whenever Gibney wants to emphasize a point, he inserts a little visual flourish. These oscillate between tasteless and condescending.

In the tasteless category is a needless reenactment of employee Clifford Baxter’s suicide, an uninspired snippet from “The Simpsons” and R-rated footage from strip clubs to illustrate employee Lou Pai’s, unsavory, although not illegal, habits. These serve not merely as irrelevant character attacks, but also as uncomfortable pleas for audience titillation. Included in the condescending subset are countless visual literalizations such as cutting to a suitcase full of money or a giant bag with a $ sign when someone says, “money” or to a motorcycle rally when someone says “high risk” or to a game of craps at a casino when someone accuses Enron of “gambling” on new development ventures. These clips are the equivalent of dull clip art, spelling out the meaning to the audience in broad, uninspired strokes.

If some of these insert shots seem leading or misleading, your exactly right. Even when the audio is discussing real equivalents, the constant use of fictional stand-ins (often exaggerated) testifies to a serious lack of firsthand material. The best footage in the film (that also manages to stir the most genuine outrage and shock) is the actual videos of the executives giving speeches and gloating and the audio recordings of the traders callously depriving California of electricity to drive up the demand.

However, Gibney isn’t content to let the cruel truth speak for itself, he’s got to turn up the heat. An extended, and appropriate, comparison is made between the Enron employees and the Milgram experiment. (Test subjects are asked to deliver increasing electric shocks to actors when they get questions wrong. Many test subjects went to the highest setting, a fatal dose, without refusing the order.) The problem is that Gibney goes too far, rapidly intercutting between the Milgram footage of deadly shocks, California suffering brownouts, and audio of the Enron traders greedily jeering at their victims. The implicit message is clear: Enron’s business practices are the equivalent of murder.

Creating such implicit messages out of techniques like cutting and image association annoys me a lot. I think that such a method in a documentary violates objectivity and honesty. It isn’t necessarily even a lie, but no actual evidence is being offered. A better way to make this point might have been to discuss in depth the consequences of the California brownouts. We briefly see a traffic accident during the intercutting montage, presumably due to streetlights going out, but without any explanation on the audio track. Were their deaths due to such accidents? How about problems at hospitals, nursing homes, construction sites, etc.? No real analysis is done on catastrophic fallout of the electricity shortage except for one estimated figure on the loss to California’s economy and a few unflattering shots of protestors.

The mix of facts and anecdotes throughout the film gives a pretty good overview of the company’s rise and fall, including the major plans and scandals perpetrated. Unfortunately, the film never gets very far beyond explaining how it all happened. Some passes are made at explaining why it happened, with noteworthy attention going to the culture of complicity and mutual greed that ran through the whole structure, including the banks and financial analyzers who should have known better. However, there is no discussion of the daily routine of an employee. No detailed history of the major criminals and how they got to be where they are. No insights into their psychology except greed and pride. Is that really all there is?

Further limiting the scope is the unwillingness to make comparisons with other companies, with historical precedent or with the competitive environments of education, careers and politics that might be breeding such behavior. There is zero discussion of how this could be prevented in the future. No solutions are offered. No real conclusion beyond “Enron = bad” is put forth. The film ends in an awkwardly indulgent series of self-congratulation for the whistle-blowers and book authors.

Donald Guarisco, writing for AllMovieGuide says, “Enron: The Smartest Guys in the Room succeeds because it never goes overboard in manipulating the viewer. Instead, it treats the rise and fall of Enron with clinical precision, using interviews and copious file footage to lay out the facts of the case and allowing viewers to come to their own conclusions.” I can't disagree more. To my mind, the conclusion (that Enron was corrupt and evil) is treated as foregone, and the film hardly does anything but ride the possibilities for further sensationalism. Even at this, it often fails because it cheats or condescends or gets distracted.

So I can't feel bad that this documentary never really made a splash. It lost quite a bit of popular momentum with its 2005 release; four years after the ordeal came to light. Yet one never feels four years of research and polish backing up the film.

Ironically, one of the most powerful moments was a simple, non-sensational interview with a low-level worker for a power company owned by Enron. He found his pension and investments dried up in the aftermath of the bankruptcy. He doesn’t cry or rage or complain, but simply states what happened and then continues working hard at his humble job. It quietly and authentically captures the positive American values so clearly missing from the Enron executives.

Walrus Rating: 4
Posted by FilmWalrus at 9:34 AM

If what you say is true, I think you make a good argument. Sounds frustrating. How do you feel about "Control Room", by the way? I saw it again today. Anyhow, see you next week.

Excellent critique. You make an excellent point about reviewers rating a movie based on how much they agree with it rather than what merits it actually has as a documentary.

Pat,
Have not yet seen "Control Room." I saw "Outfoxed" around the time "Control Room" was out and rather liked it although it had its share of problems. I am still rather bad about my coverage on documentaries.

Mad Dog,
I can be pretty tough to please with documentaries though I often feel they deserve our patronage even when only average-ish. I just get angry that so many mainstream reviewers fall such easy victims to rating based on the agenda of a doc, rather than the doc itself.

I really enjoyed the Werner Herzog documentary I saw on the bear guy. For some reason its title escapes me at the moment. I think it achieved the right blend of almost sympathizing with the guy and admitting it was a crazy loon indulging in dangerous behavior.

I think it was "Grizzly Man" (2005) which I also love. I think there is no doubt that Herzog sees his subject as a kinsman and the link may also extend to his favorite actor, Klaus Kinski. Though I guess it is not really fair to compare anything by Herzog to anything else, because the "else" always suffers a disadvantage.

A recent documentary that Katie and I watched was "Hoop Dreams." I highly recommend it, but I chose not to review it since Ebert has beaten it to death and then some (He even listed it as the best film of the 1990's).