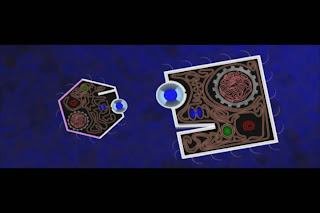 It might be a little obvious that I’ve been catching up on animation recently (see “Grendel Grendel Grendel,” “The Legend of the Sky Kingdom” and "West and Soda"), which has always been a subject of interest for me. My tastes have been shaped by the requisite American Disney upbringing, an enduring friendship with eclectic anime enthusiast Mad Dog, my career-fueled programmer’s interest in CG and my genetically-coded, but previously dormant affinity for Czech puppetry and stop-motion. This last month or so I’ve stepped up my animation ingestion with plans to eventually make a top 100 list more interesting than the few I’ve seen and, of course, I’m reviewing occasional features along the way.

Animation often gets shunned from highbrow film circles. The perception seems to be that American animation is for kids, Japanese anime is for adolescent males and European animation can safely be ignored as an inconsequential niche market. I’ve never agreed with that assessment, but it’s become almost a self-fulfilling prophecy that prevents any film unwilling to conform to these expectation from getting wide distribution or recognition. 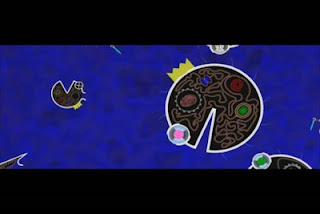 But times are changing. We’ve had an Academy Award for animated features since 2001 and there’s been enough mainstream competition that Disney’s never even won. Anime has long since moved from subculture to pop culture, even if it only rarely gets admitted into high culture. Even European works are seeing occasional DVD releases, though we still have a loooong way to go. Don’t get me started on Russia. And while it used to be that animations of all stripes were few and far between, it's actually hard to keep up with them nowadays.

The technology has changes as well. In the same way that handheld 16 mm cameras in the early 1960’s and digital cameras in late 1990’s opened up greater freedom and accessibility to independent artists, improved off-the-shelf software has changed animation. It used to be that animation required so much time, money and staff that filmmakers couldn’t pursue individual interests or take artistic risks. There are few precedents for solo (or near solo) animation (Piotr Kamler’s 1982 “Chronopolis” is a rare exception) until Bill Plympton in the 1990's and the last few years with the emergence of films like Nina Paley's "Sita Sings the Blues" (2008), Tol's "Tamala 2010: A Punk Cat in Space" (2003), M. dot Strange’s “We Are the Strange” (2007), John Bergin's "From Inside" (2008) and Ladd Ehlinger’s “Flatland” (2007). 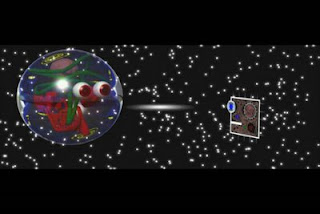 Some of my readers might remember that I was once eagerly anticipating “Flatland: The Movie,” which also came out in 2007, but which is actually a different movie entirely. Flatland: The Movie had a celebrity voice cast going for it, but ran only 34 minutes long, cost $35 and was released to mixed reviews. Ehlinger’s “Flatland” faired much better and I was pleased with the copy he makes available. 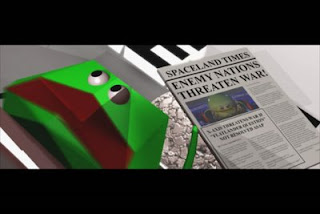 The original 1884 novel by Edwin A Abbott follows an unassuming square living in the 2-dimensional world of Flatland. He experiences several dreams in which he imagines 1-dimensional and 0-dimensional kingdoms whose denizens are unable to comprehend his own reality. The square’s own presumptions are then challenged when he is visited by a sphere, who pulls him out of his plane so that he can experience the previously indescribable reality of the 3D Spaceland. Although he initially mistakes the sphere to be a god, he experiences the revelation that there must be dimensions beyond even the third, an epiphany that outrages the sphere and gets him imprisoned as a raving heretic in Flatland. 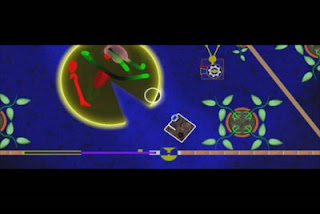 [Image: A Sphere, as his cross-section appears in Flatland.]

The screenplay by Tom Whalen updates this story into a modern context, though wisely maintaining most of the original concepts about how a 2D society would function. He adds a great deal of extra detail and several subplots to round things out, although little of it adds much to the film and most of the ideas are left hanging. Squares rebellious hexagonal daughter, the death of the king’s irregular-sided son, a suicidal radical female, shiny mysterious glowpoints imported from a Northern kingdom, a campaign in Spaceland to destroy Flatland (with no convincing motivation), Sphere’s religious corporation “Messiah Inc.” (which doesn’t seem to have an income source or purpose) and many other elements are presented, but not really developed into a satisfying whole. 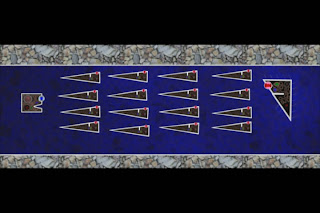 [Image: The number of sides on a polygon typically indicates intelligence or caste. Triangles are the grunt soldiers while circles are the politicians and priests.]

Whalen does deserve credit, however, for his narrator intertitles. Especially near the beginning of the film, he inserts his wry commentary into the action to explain the setup (rather than wasting time with an intro) and demonstrate a certain level of self-consciousness about the book’s shortcomings (particularly its chauvinism and bluntness). I actually kind of missed the little text interruptions when they more or less gave way to the action as we enter Spaceland, but at least it isn’t overdone. 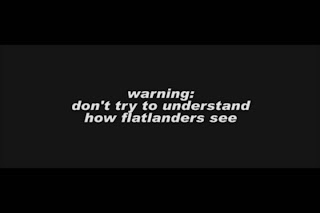 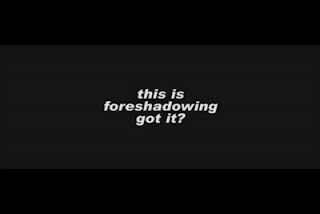 The core ideas about geometry and dimensionality still remain the compelling edge to “Flatland” and Ehlinger/Whalen do a good job translating (and rotating) them to the screen. You don’t get material that lends itself this well to visualization very often, so it’s worth talking about how Ehlinger’s computer animation brings Flatland and Spaceland to life.

Of the 2D and 3D realms, I felt Flatland was surprisingly more compelling and I’m glad it gets the lion’s share of the runtime. Careful attention to props, layout and background give these scenes a clean graphic design neatness that turns the low-budget into an asset. 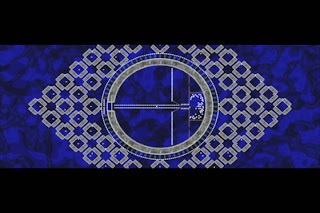 Better yet, Ehlinger manages to interpret simple polygons like triangles, squares and circles into character designs that are really quite original. Seen from an overhead view, the audience is treated to the internals of each flatlander, including their viewing eye, waving flagella feelers, blood vessels, brains (with tiny sparking synapses), pumping heart and so on. It gives the viewer an eerie god-like feeling, like looking at angular amebas on a slide, which makes Sphere’s messiah complex easily understandable. 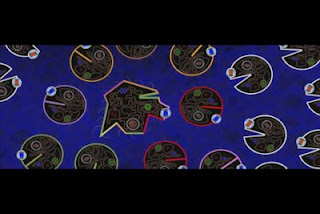 [Image: Senator Chromatistes, an irregular polygon and the leader of a colorization faction.]

The camera zooms into Square’s brain for dream sequences or pulls back to reveal the highly symmetrical architecture. By keeping the camera perspective along simple normals and parallel lines, Ehlinger mimics the strictness of Flatland’s rigidly structured society while still leaving room for plenty of subtle gags in the presentation. 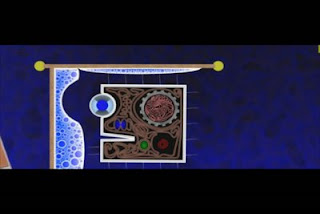 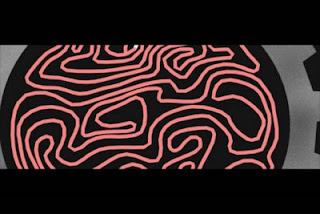 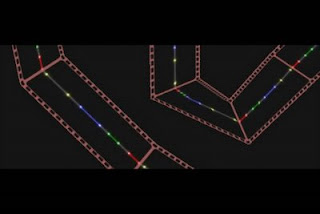 [Images: Entering into Square’s mind for a dream sequence.]

The transition into 3D makes for a nice change-up in the plot, style and graphics, but Spaceland lacks the charm and quiet beauty of Flatland’s design. Ehlinger’s rendering of Sphere’s hovercraft, floating citadel and billboard strewn skyways doesn’t match the originality of his 2D work. 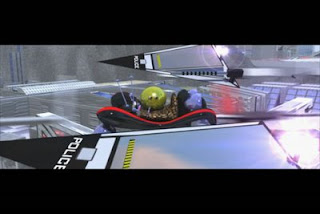 While admirable for the work of one man modeling imagery alone, it’s impossible to overlook the reliance on simple shapes and repetition. While this is arguably an artistic decision meant to focus our attention on the geometric foundations of reality, it lessens the impact of bursting into a greater dimension. The smoothness of shapes (I think little to no bump mapping is used), the scarcity of textures and the high light reflectivity used for every surface, gives Spaceland an artificial plastic look that isn’t very appealing. 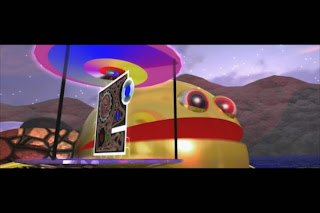 But most of that is just pickiness when you consider the level of polish that is achieved with only one animator and in only 18 months. Ehlinger never really pushes graphics as a primary concern anyway; it isn’t intended to dazzle so much as to illustrate the adventure, satire and thought-experiments. When it does rest too long in a single place, one can feel the emptiness start to creep in, but Whalen’s screenplay smartly keeps the characters more mobile and active than the novel. Elsewhere a couple of special effects like surface warping, plenty of quality voice-acting and a good deal of humor (I could have done with more geometry puns, though) pick up the slack between this and large-scale productions. 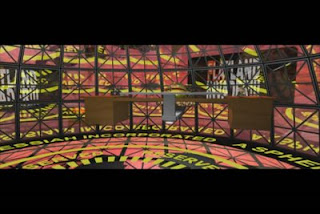 Flatland may not be a masterpiece in its own right, but it’s a forerunner of what I hope will be a growing movement. Fans of the novel or of DIY CG should definitely give it a chance and support the independent spirit and personal determination that is pushing alternative computer animation forward. 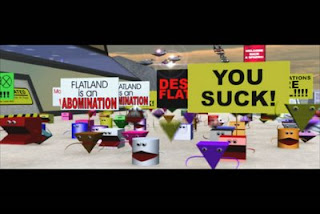 Posted by FilmWalrus at 4:59 PM

I'd have to argue that anime hasn't graduated from subculture status. At one time, everyone thought that anime was going to be the Next Big Thing. Companies were licensing like crazy and anime conventions were boasting better numbers than ever before and there were all sorts of TV deals. Then, unexpectedly, American interest in anime peaked. It's got just about as many fans as it ever will, I'm willing to bet. Now anime licensing companies in America are releasing mostly priced-down reissues in hopes of recouping costs and only a few companies are releasing a smattering of new licenses. Japanese companies are picking up on the fact that America isn't as profitable as it once might have seemed, so they're going back to making productions exclusively for Japanese tastes (i.e. maids, schoolgirls, moe) and not pursuing some of the darker, unusual ideas like they were for a period of time in the early to mid-2000s. It's sort of slim pickin's nowadays.

But shifting points, have you ever heard of the Spanish animated feature Nocturna? I saw it being discussed on a message board and found a UK dub of it floating on the internet, but hadn't watched it yet.

I defer to you about the current state of anime today, but it does seem to have entered into popular discourse that at least regular schmos know what your talking about when you say "anime" and can usually name a few titles. If your right about today's state of anime, I hope it's just a slump rather than a continuous downward slide. Like I said, I have faith in falling production prices to encourage fresh blood.

Anyway, Nocturna sounds quite interesting. I've not heard of it or seen any Spanish animation before, so I'll try and check it out.

I also enjoyed the intertitles. It would have been nice to go back to that at the end.