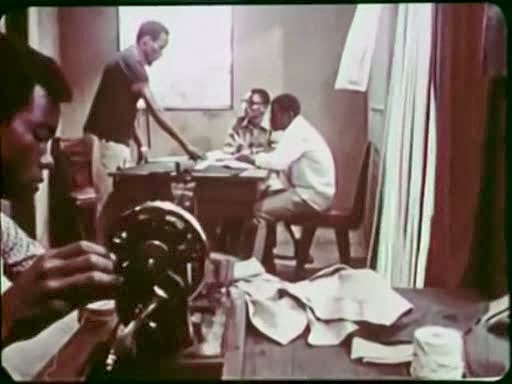 Country: Angola
Title: Sambizanga (1972)
After the arrest of Domingos Xavier, a loving family man, hard-working construction worker and secret insurgency leader, Sambizanga splits up and follows two paths. Along one dusty, arduous route treks Maria, Xavier’s wife, as she tries to find the prison where her man is kept, hoping to plead with the Portuguese authorities for his freedom. Along the other route, a haphazard deer track of loosely-linked resistance members, word is spread that an unknown man has been taken into custody. After Xavier refuses to give the names of his collaborators he is beaten to death sparking, as the last line tells us before the credits abruptly scroll over a spinning shot of crashing waves, the coming revolution. 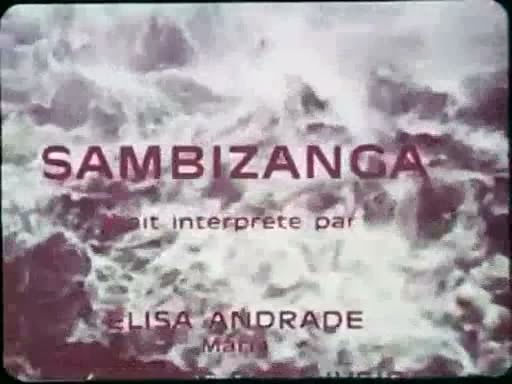 Sarah Maldoror, after assisting on The Battle of Algiers (yesterday's film!), which shares similar anti-colonialists sentiments, became a director in her own right, and one of the first women to do so in Africa. Sambizanga was shot with almost no budget in the early 1970’s while the Angolan War of Independence was still raging and depicts the events, semi-extrapolated, leading up to its 1961 genesis in Luanda’s titular municipality. Though the film is relatively simple and propaganda-motivated, its focus on the plight of individuals spans a cross-section interesting enough to remain relevant and thought-provoking: Maria with her apolitical but courageous single-mindedness, a passive collaborator in the police force, a child who serves as go-between, a militant but soft-spoken organizer, a self-important bureaucrat, a power-mad pair of good-cop-bad-cop interrogators, etc. Perhaps with more resources Sambizanga could have shouldered a larger scope and further fleshed out the context of the days before the war for the benefit of international audiences, but despite its limitations it is an important revolutionary work deserving of a DVD release. 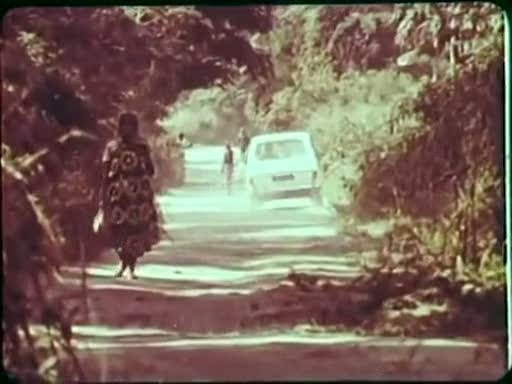