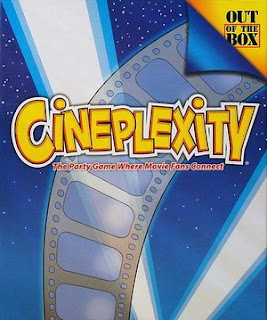 When I’m not wasting my youth watching movies I often enjoy wasting it on videogames. I’ve been a proud gamer since my wee years and I’m convinced that, at their best, they represent the highest potential of art and entertainment. Some paragons have enough story to rival novels, design elements packed with inspiration and ingenuity and an interactive cinematic experience far beyond the limitations of the theater. Of course, most just involve shooting 12 trillion Nazi cyborgs, collecting a hundred of something arbitrary or clicking on jewels really fast.

If you dig through my archives to the early days, you’ll find [probably broken links to] a couple of videogame projects that I’ve programmed as hobbies. I also write the odd videogame review every once in a while, hosted on The Grump Factory.

I’m predominantly an offline gamer, but I still enjoy the mild social buzz of human contact and it finds an outlet in the related world of board games. I’m a diehard Eurogamer, preferring foreign imports with healthy doses of strategy, tactics and balance. Some of my favorites include Tigris and Euphrates, YINSH, Puerto Rico, Bug House (a four-player chess variant), Princes of Florence, Carcassonne, Settlers of Catan and Munchkin. I’ve recently been giving the zombie game Last Night on Earth a whirl.

Today I’m going to mention a newish (2007) board game, though since I haven’t bought or played it before, I won’t be doing an actual review. However, this one is probably a hell of a lot more fun than the last board game I reviewed.

Katie is the one who first told me about “Cineplexity,” a game by Out of the Box, the insanely successful creators of “Apples to Apples.” The idea is very simple: you flip two cards with things like settings, themes and actors and the first person who can name a movie with both elements wins a point. This concept has a lot of appeal for cinephiles like me, because I already play a simplified variant where people try to have relevant conversations with me and I keep saying things like, “That’s just like in Time Bandits,” or “If you like issuing speeding tickets so much, you should see Electra Glide in Blue.”

However, much like “Apples to Apples” the game is so simple there’s no reason to run yourself into the poorhouse by shelving out 25 bucks (an honestly very reasonable price). Katie and I have had a lot of DIY fun with a pack of index cards and a pen, creating our own Film-Walrus-skewed version of Cineplexity. We play our tailor-made copy without any real point system and with the only house rule that you can’t repeat any title until we’ve gone through the whole deck.

For all I know some of these may already be part of the store-version Cineplexity. It has a truly impressive 500+ card deck, whereas my homemade edition runs just over 130.The game has gotten mixed reviews, but I’m sure it’s worthwhile for any fun-loving film ring out there. Its entertaining, scales easily with time and has all the social, interactive, creative, trivia-based and conversation-starting attributes that Amerigamers love and I usually scoff at (though not in this case). If anyone has already checked this out, or does so in the future, let me know if I should buy in.
Posted by FilmWalrus at 3:24 PM

Sounds like fun! I enjoyed the AMC board game we played that one time. (And it broke my heart when I got an awesome movie title, David Lynch for a director... only to have it star Meg Ryan.)

But Munchkin was boss. It just sucks that the games end in a whimper.

I still think Reel Clues can pwn either our or the official version of Cineplexity.
It is extremely solid, very well-rounded (...except in foreign films) and has the Cranium type variety of questions (which is great except for the repetitive "one of these things is not like the other" type).

It's too bad we forced everyone to play it too much such that all of our friends moved away.

Yup, the AMC one is Reel Clues and I still love playing it. I think Katie is right about it nailing the Cranium magic, but with a movie focus. The difficultly level is pretty good, too, since you don't really need to know that much about cinema to get into it and the team mechanics balance it out.

I'm glad Munchkin was a hit, too. I was just playing it yesterday with some coworkers. It doesn't really have great balance (hence the ending skew sometimes being off), but it has the right touch of silliness and smarts. We'll have to play some more of my games next time we hang out.

I just heard of a board game that's fun for all ages!