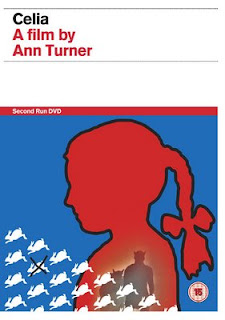 Coming-of-age stories set in 1950’s suburbia are a pretty tough sell for me, conjuring images of stuff like “Leave it to Beaver,” “Dennis the Menace” and “A Christmas Story” (Please don’t comment saying I’m off by a decade; I know.) that are colored by stale moralizing and contrived high jinks. Worst still are the creepy retrogressive utopias envisioned in such works as “The Family Circus” that yearn for a fictional past plastered with frozen smiles, bland conformity and frightening simplicity.

1950’s retrophelia aside, coming-of-age tales (or bildungsromans if you will) are just too often susceptible to white-washing nostalgia; a desire to see the childhood as a time of unproblematic innocence and maturing as a clear-cut linear progression. When depicting conflict, it is thus almost always externalized as a force opposing the fun-loving purity of the youth, like a bully, over-strict father or elderly crank (often a neighbor or teacher). “Celia” (1988) includes all three of these elements, but manages to energize the clichés by focusing more on the protagonist’s complicated internalized reactions, which are often times at odds with adult morality. 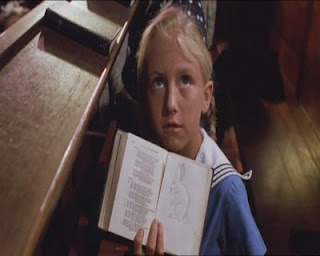 “Celia” (1988) takes place during Celia Carmichael’s ninth year, primarily during a summer in 1950’s Australia. Celia is an only child, whose natural assertiveness makes her the leader of group of neighborhood kids that develop an elaborate set of games and rituals. Her rampant imagination and initiative runs beyond the containment of her parents, deeply-flawed and sometimes brutish Ray and quiet, tentative Pat. They love her and try to raise her the best they know how, but their own failings and the vagaries of the era lead Celia through an emotional chaos that increasingly causes her to lose touch with reality. 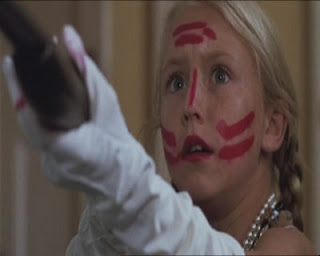 There are two historical circumstances in particular that play a major role in the story. The first is the growing red scare in Australia, a particular preoccupation of Ray, who associates the threat with a wartime trauma (only hinted at) he experienced at a young age. Celia’s grandmother, whose death opens the film, was an ardent academic communist and has predisposed Celia to whimsical idealism, if not the actual theory and practice of Marxism. She’s much more interested in lying amidst her grandmother’s keepsakes and artifacts then actually reading the sizable book collection that Ray later burns. 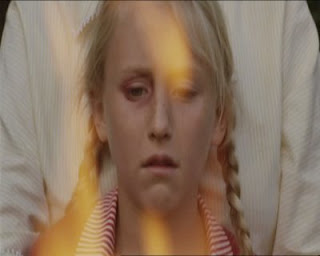 [Image: Celia’s private rituals often echo her observations of the world around her. Ray’s bonfire of her grandmother’s Marxist books, for instance, has a warped reflection in one of Celia’s noturnal rites where she burns a makeshift effigy of her father.]

Ray has periods of calm between his misguided furies, but never really understands the emotional-spiritual connections that his daughter forms to things that seem of little consequence to him. The misunderstanding works both ways, prompting Celia to sometimes reject her parent’s instructions because she sees them as quite nonsensical.

Things are complicated by the arrival of the Tanners (Alice, Steve and their three children), friendly neighbors who are eventually revealed to be communist activists. The film being largely apolitical, this issue is of importance only to the extent that it affects Celia, who only vaguely comprehends the fuss that her parents make over it. Unlike the older Tanner boys, for instance, Celia doesn’t link Ray’s overkill reaction with his attraction to Alice. When Ray fulfills Celia’s long-held dream of owning a pet rabbit, in exchange for her promise to cease playing with the Tanner children, he inadvertently sets in motion a much greater tragedy than whatever he was trying to avoid. 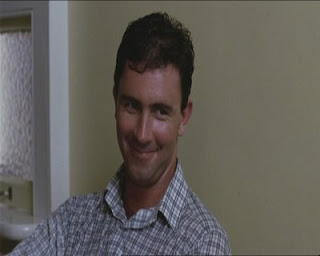 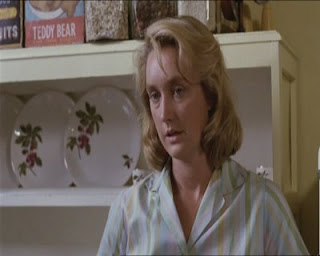 Here enters the second unfortunate historical circumstance of note. In 1859, Thomas Austin imported some 24 rabbits into Australia saying, "The introduction of a few rabbits could do little harm and might provide a touch of home, in addition to a spot of hunting." By the 1950’s, rabbits had become a catastrophic plague, threatening to wipe out the country’s agriculture and provoking extreme responses from the government. One response was a law banning citizens from owning domestic rabbits. Celia is forced to take Murgatroyd to a crowded zoo pen where it can be kept while a grassroots campaign protests the absurdity of the law. 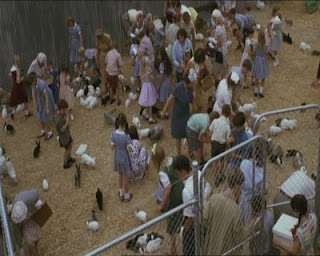 In the aftermath, Celia commits a shocking act of violence towards the man she holds responsible for her misery.

This last event triggered a great deal of mishandling over the course of the film’s minimal release history. The poster art and video releases attempted to market the film as an exploitation horror film along the lines of “The Bad Seed.” But the film shares more in common with films like “Valerie and Her Weeks of Wonders” (1970), “Paperhouse” (1988) and “Heavenly Creatures” (1994), where the theme of a young girl’s internal world spun dangerously out of control is treated sympathetically. Indeed, the ending of “Celia” may imply that our hero has even managed to productively overcome her crisis, though disturbing overtones and the continuation of the eerie soundtrack (incidentally, another highlight of the film) leave doubts. 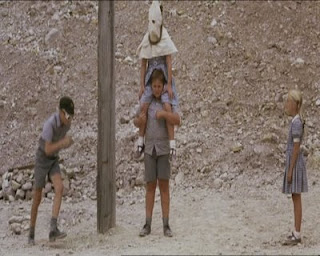 Director Ann Turner does an admirable job rejecting the shortcut of villainy. What antagonists there are exist largely off screen (the Australian governor for instance) or are known to be acting in reasonably good faith. That’s something of a rarity in coming-of-age films since they are often expected to target children and so “must” be kept as black and white as possible. In “Celia,” the struggle over what’s best for her is more a conflict between Celia’s own intuitive, imaginative understanding of the world and the adults’ learned, systematic perspective. 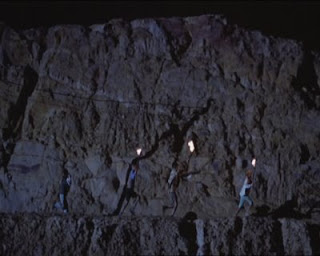 Beyond Ann Turner’s excellent direction, it’s Rebecca Smart’s performance as the central character that make the film succeed. She handles the difficult balance of confidence and confusion that make Celia’s character interesting. She also manages to express Celia’s powerful surges of emotion and subtle habits (like her timid inability to lie when asked a question point blank or her heartbreakingly vulnerable attachment to her rabbit, spelled out most effectively merely in the way she carries it) with equal delicacy, while never overexposing what is an essentially enigmatic character. The 12 year old Smart ultimately gives a performance far better than many adult actresses ever achieve, and that’s coming from somewhere who frequently announces his hatred for child-actors to complete strangers. 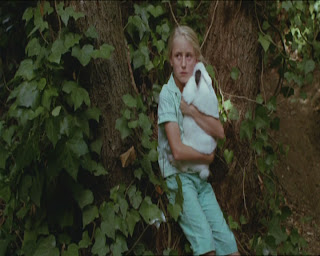 “Celia’s” only distracting fault is in its somewhat dry presentation. Turner’s original script called for several sequences that were apparently cut or changed for budgetary reasons, but the story is largely unharmed by the modest variety of everyday settings. Turner shows a great deal of judgment in terms of knowing when to go in for a close-up and knowing when to back off, using her camera placement to impose a tinge of claustrophobia without making it too strong a metaphor for her character’s suffocation. However, her warm sun-clad sets want for a little more visual panache. The film’s moments of darkness, where Celia’s nightmares come alive, prove she’s clearly capable of more fantastical leanings, but I suppose her restraint is wise. By putting the emphasis on reality, the viewer is in the same position as her parents: we care about Celia, but our desire to pull her out of her private world may not be doing her a favor. 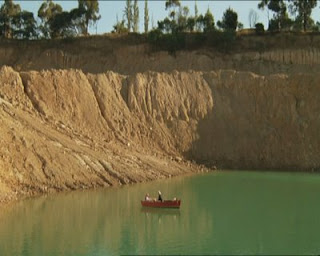 [Image: An abandoned quarry, one of Turner’s best a set pieces, manages to be both monumental and banal. The type of place where a child’s imagination runs wild.]

The always-reliable Second Run UK released Celia on R2 DVD about two months ago. “Celia” has held a decent reputation in Europe, but very little following in the US due to unavailability, so I’ve been a bit lonely in my anticipation of this release. I’d flirted with the VHS and a very tattered bootleg for while, but this is a much cleaner print and comes highly recommended. With the clever cover art, essay insert and interview with the director on the Second Run release, I think the film is finally getting the treatment, and wider audience, it deserves.
Posted by FilmWalrus at 5:27 PM

I have to agree that the cover art looks really striking. Like a book cover more than a film cover. :O

Second Run has developed a very distinctive style for the artwork, not up to the brilliant variety of Criterion, but still quite catchy. I like their occasional little touches, like the black X over one of the rabbits on the "Celia" cover.

Criterion does nice covers now, but they weren't always that way. Looking at some of their earlier DVD releases, the covers were... a bit bland?

Maybe you could do a best home video cover list. :3